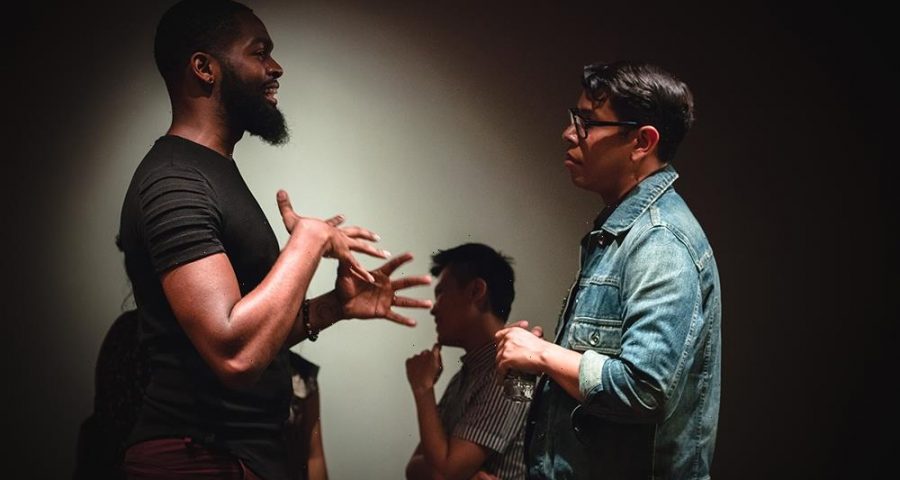 The Drama League is devoting substantial resources to overhaul its marquee program, the Directors Project, in an effort to better support creatives at all stages of their careers.

Led by artistic director Gabriel Stelian-Shanks and executive director Bevin Ross, the League is investing millions over the next decade through new and expanded programs. The revamped initiative is the result of a company-wide evaluation that was undertaken during the pandemic, a period in which many who work in the arts lost work.

The broadened Directors Project will offer fellowships for early-stage directors, programs to help mid-career theater directors transition into film and television, and assistantships for young BIPOC creatives to shadow established BIPOC directors. The different programs vary in length and run up to two years.

Through conversations with more than 100 artists, artistic leaders, producers and community members, the newly designed program has been refocused to provide financial stability, well-being and guaranteed employment opportunities. The initiative will also make an effort to address systemic inequity and pay disparity in the field of directing.

Notably, beneficiaries of the fellowships, residences and assistantships will receive scholarship prizes — up to $50,000 per year — and health care insurance reimbursement while in the programs. Organizers say the idea is not only to provide mentorship and guidance to budding directors and seasoned creatives, but also to give them the financial resources needed to sustain a career in the business.

“We want to pay artists a living wage,” Stelian-Shanks says. “For two years, they won’t have to take that second or third or fourth job. They can concentrate solely on their career.”

That’s why the League deliberately chose to support a select number of artists on a grander scale, rather than giving small amounts of money to more recipients.

“We really want to care for the development of these artists,” Ross says. “It means fewer artists are being served, but we hope over the next decade, we can scale these projects up in a meaningful way.”

One highlight is the directing assistantship, in which the League will partner with an established BIPOC stage director to provide assistant directing opportunities on set. Recipients will be paid an assistant director’s salary and will be reimbursed for housing, travel and health care costs.

Nicole A. Watson (“School Girls; or, The African Mean Girls Play”), a director who will serve as a mentor this season, hopes the program will show younger generations that a career in the arts is a viable option.

“The financial backing is really important,” she says. “When you’re freelancing full time, you can do six shows a year and you still don’t make enough money or have health insurance. Those are obstacles that keep people from pursuing careers in the arts. I went without health insurance for a really long time.”

While she was coming up in the industry, Watson says there were times she received only a MetroCard or small stipend for her work. “It’s unfair to continue to ask people to suffer for their art, especially when we live in a society that could alleviate that suffering,” she says. “We can’t keep saying we want art to be for everyone and not create any of the pathways for inclusivity.”

Another key initiative is the film and television directing fellowship, an approximate 16-week production experience spanning two years. It is intended for stage directors who are established in theater and want to expand their work to include film or television directing. They will be supported by a $20,000 scholarship prize and up to $10,000 in heath care insurance reimbursement. The program includes on-set shadowing experience, introductions to mentors and industry professionals, as well as an opportunity to direct a short film that will premiere as part of the League’s DirectorFest.

Tony Phelan, an Emmy-nominated showrunner on “Grey’s Anatomy,” will mentor the two applicants chosen. In aspiring candidates, Phelan says he’s looking to get “a sense of how collaborative they are and if they have a vision in how they want to tell stories. You want the candidates to be engaged and inquisitive and feel like they’re part of the process.”

By the end of the film and television directing fellowship, the grantees will have the confidence and skills needed direct an episode of television.

“We can give them the tools so when they get that shot, they’re ready to take it,” Phelan says.