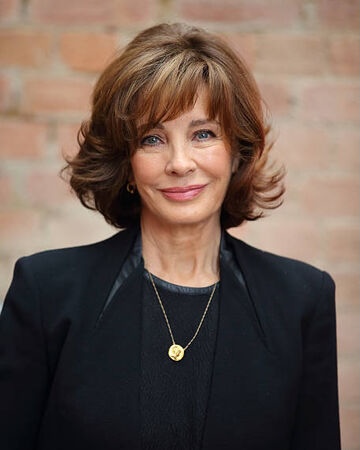 Created and executive produced by Meriwether, who also serves as showrunner, The Dropout is based on the ABC News/ABC Radio podcast. Holmes (Seyfried), the enigmatic Stanford dropout who founded medical testing start-up Theranos, was lauded as a Steve Jobs for the next tech generation. Once worth billions of dollars, the myth crumbled when it was revealed that none of the tech actually worked, putting thousands of people’s health in grave danger. Money. Romance. Tragedy. Deception. The story of Holmes and Theranos is an unbelievable tale of ambition and fame gone terribly wrong. How did the world’s youngest self-made female billionaire lose it all in the blink of an eye?

Waterston will play George Schultz, former Secretary of State (among other high-level Cabinet posts), he was also an economist, diplomat, businessman and a major leader in shaping the foreign policy of the Ronald Reagan administration.

Smith most recently was seen in Steven Conrad’s Patriot for Amazon and Perpetual Grace for MGM/Epix. He next appears in Universal’s Stephen King reimagining of Firestarter with Zac Efron. Smith is repped by Progressive Artists Agency and Pop Art Management.

Archer, Oscar-nominated for her supporting role in Fatal Attraction, will next be seen in Robert Gillings’ upcoming series Paper Empire and she most recently guested on Showtime’s The L Word. Archer is repped by Defining Artists and Link Entertainment.