The English Game is the latest outing from Downtown Abbey creator Julian Fellowes. The series traces the origins of football as we know it today and the first players to be paid for the sport – Fergus Suter and Jimmy Love.

Who plays Jimmy Love in The English Game? Meet the Scottish actor

In The English Game, footballer Jimmy Love is played by up and coming Scottish actor, James Harkness.

Harkness is from Glasgow, Scotland, and grew up in the Gorbals in the East End of the city.

The actor has been very open in interviews about what pushed him to pursue acting as a career.

On his 18th birthday, Harkness was brutally attacked in a lift with an axe.

Speaking to The Scottish Sun, Harkness said: “I feel lucky to be alive. I count my blessings every day.

“But I don’t regret anything that happened.”

READ MORE The English Game ending explained: What happened at the end ? 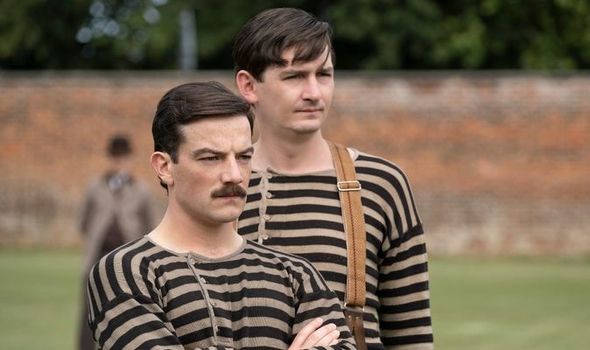 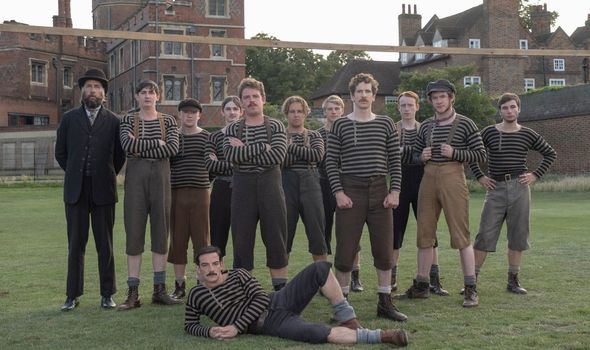 He added: “All of that was being in the wrong place at the wrong time but it’s also the best thing that ever happened to me. It was the making of me.”

Throughout his teens, he was in an out of Youth Theatre but it was not until after the attack he focused truly on acting, attending the Glasgow Citizens Youth Theatre. He was then later scouted by the National Theatre in London.

Harkness then went on to attend the prestigious London Academy of Music and Performing Arts, graduating in 2013.

His first major role was in Macbeth, starring opposite Marion Cotillard and Michael Fassbender. 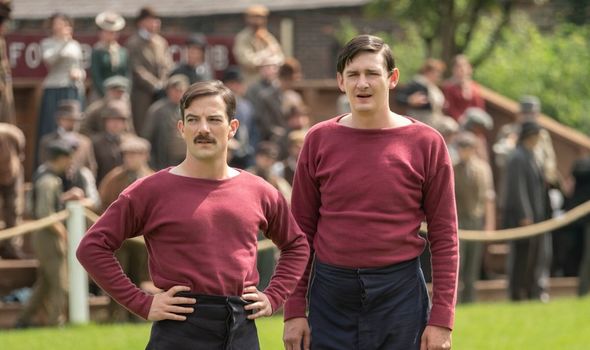 He also recently starred in BBC’s The Victim as Craig Myers.

In The Victim, he starred opposite fellow Scots, Kelly MacDonald and John Hannah.

Harkness is a rising star, who has previously starred in Macbeth as Angus and Rogue One: A Star Wars Story as Private Basteren.

He also starred in the film Darkest Hour alongside Oscar-winner Gary Oldman.

In the Darkest Hour, he played the role of Secretary AD Nicholl.

Other credits include In Plain Sight and Silent Witness. 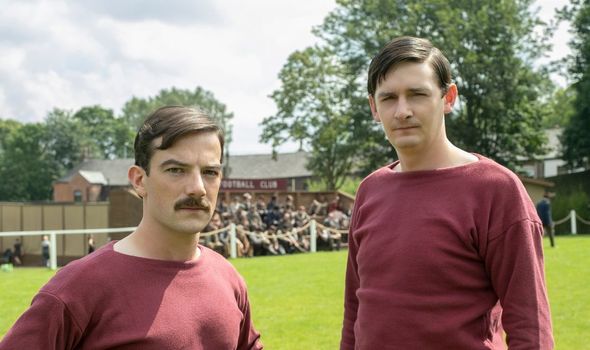 Who was Jimmy Love? Was he a real person?

Together with Fergus Suter (played by Kevin Guthrie), the pair are often regarded as the first professional footballers after they were paid to play the sport.

Together, they moved to Lancashire to join Darwen Football Club in the 1878/79 season.

They were both hired by Walsh to play for the Darwen team, composed of mill workers, to defeat The Old Etonians.

In The English Game is it suggested Suter made the move first much to Love’s hesitation but that was not the case.

In reality, Love started playing at Darwen before Suter and Suter actually wrote to the secretary Tom Hindle asking if he could join the team.

Also in the series, Love sustains a serious leg injury which results in him not being able to play in the FA Cup final.

However, in reality, Love only played for Darwen until 1879. There is evidence to suggest he died of a fever after joining the Marines in 1880.

The English Game is streaming on Netflix now.