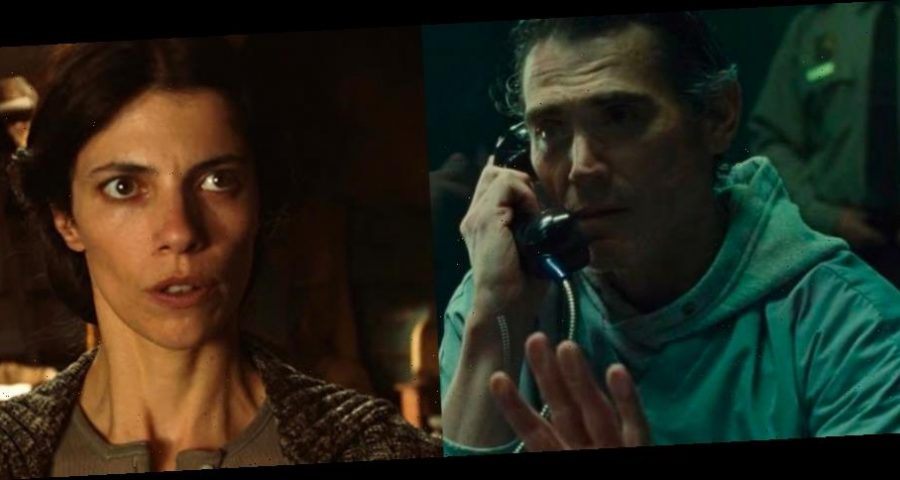 The Flash has lost one parent but found another. Billy Crudup, who played Barry Allen’s father in Justice League (and will also appear in the same role in Zack Snyder’s Justice League) has left the upcoming solo Flash film due to a scheduling conflict. However, Maribel Verdu has now joined the cast as Barry Allen’s mother.

THR has the news that The Flash cast has added Maribel Verdu as Barry Allen’s mother, but lost Billy Crudup as Barry Allen’s dad. Crudup appeared uncredited in the theatrical cut of Justice League as Barry Allen’s father, where he was seen in prison. The character has been imprisoned for the murder of his wife, Barry’s mother – but the film underlines the fact that he’s been framed for the crime. Crudup will also be seen in the upcoming Zack Snyder’s Justice League. But as for The Flash, Crudup is a no go – THR says that Crudup will be too busy shooting the new season of The Morning Show to take part in The Flash.

Which brings us back to Barry Allen’s mom. Maribel Verdu, a Spanish actress who appeared in Alfonso Cuarón’s Y tu mamá también and Guillermo del Toro’s Pan’s Labyrinth, will play that part. This, of course, raises questions – this character is dead in the DCEU, so how is she appearing? The answer likely has something to do with alternate universes, and timelines. The Flash movie is rumored to be drawing on the Flashpoint comic book crossover story arc, which had the Flash waking up in an alternate universe. Underscoring the alternate universe angle is the fact that Michael Keaton is set to return as Batman in The Flash, but Ben Affleck’s Batman is also expected to appear in the film. The THR report also adds that time travel is likely a part of the plot, which could also explain the return of Barry’s dead mother.

Ezra Miller is reprising his Justice League role as the main character, while it was just reported that Kiersey Clemons is also on board as love interest Iris West. Clemons originally played the role in Justice League, but her scene ended up on the cutting room floor. She will appear in Zack Snyder’s Justice League, though. The Flash cast also includes Sasha Calle, who will play Supergirl.

It director Andy Muschietti is helming the film, with a script from Christina Hodson, who also wrote the DC flick Birds of Prey. The Flash is expected to start shooting next month and is currently set to open on November 4, 2022.