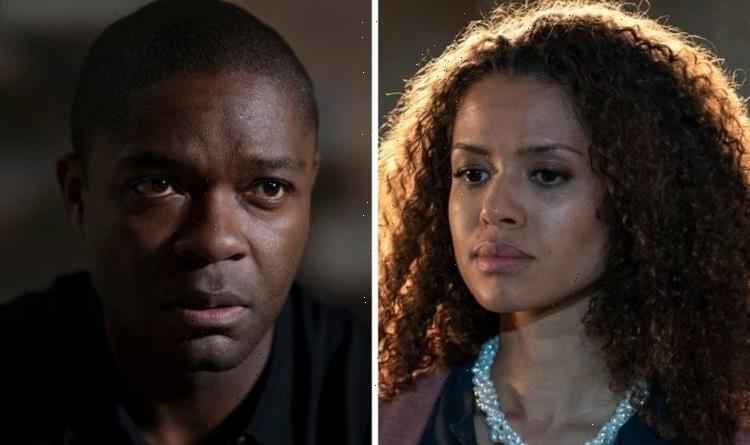 The Girl Before: Trailer for new BBC psychological thriller series

The Girl Before is the BBC’s new psychological thriller, which was initially announced in March of this year. Led by former EastEnders star Jessica Plummer, Gugu Mbatha-Raw, Ben Hardy and David Oyelowo, the thriller follows the story of a house and its occupants three years apart. However, fans were left distracted on Monday night as they couldn’t see past the obvious dangers the house posed.

Taking to Twitter to express their concerns, @Alan1_iow said: “#TheGirlBefore Surely there are some building or safety regulations about bannister rails on open stairs. That staircase is a death trap.”

@Shy_Teds commented: “Oh God, #TheGirlBefore said it was the stairs, was only semi-serious, why didn’t they put a bannister on it!”

@freddie_tash joked: “Even the cast have got their eye on the stairs now. It’s growing. Soon they will take over the world. Beware. #thegirlbefore.”

@arty566 exclaimed: “I’m sorry, but those stairs are freaking me out!! Thank goodness I have none!! #TheGirlBefore

@Erasmo2058 stated: “I’d watch yourself on those stairs luv, stay close to the wall. #TheGirlBefore.”

@codsallsi echoed: “Finally, somebody has questioned the lack of a stair bannister, especially after someone died on the stairs!”

During the beginning of episode two on Monday evening, the main character Jane (played by Gugu Mbatha-Raw) woke up from a nightmare, seeing someone in her house fall down the stairs.

Later, the real estate agent says: “Well, that’s your first inspection done, and I’m pleased to say there are absolutely no issues.

“How are you finding it here, not too demanding, sticking to all the rules?” she asked to which Jane replied: “No, I love it.

“Camila, do you know anything about the young woman who lived here before? The one who died?” Jane asked as she glanced at the staircase.

However, Camila revealed: “I don’t, it happened with the previous agent, we took over when they lost the contract.”

The stairs in question look like they are floating against the wall and there is no bannister or handrail to help with climbing them.

Later in the episode, it was revealed that both women started a relationship with the minimalist architect Edward Monkford (David Oyelowo) in exactly the same way.

In last night’s episode, viewers were getting confused with the timeline of the show and the fact it switched between the two women constantly.

Jane found out that Emma (Jessica Plummer) had been the previous tenant of the house and also died there, the same as Edward’s wife had previously.

The two timelines are intertwined and flick back and forth between one another, but as the episodes go on, Jane begins to question if her fate will be the same as the girl before.

Jane was seen sitting having lunch with Edward when he asked to be in a relationship with her, initially she declined but soon called and changed her mind.

At the end of the episode, Emma ended things with her boyfriend Simon (Ben Hardy) after he found out she had been raped when their house had been burgled.

In tonight’s episode, Edward had been seen asking Emma out in the same way he had Jane the previous night and gave them both the same dress for their date night.

Jane started to become suspicious of Edward and eventually found a hidden door in the walls of the house, and it looked as if Emma had been hiding there before her death.

The Girl Before continues Tuesday 9pm on BBC One.