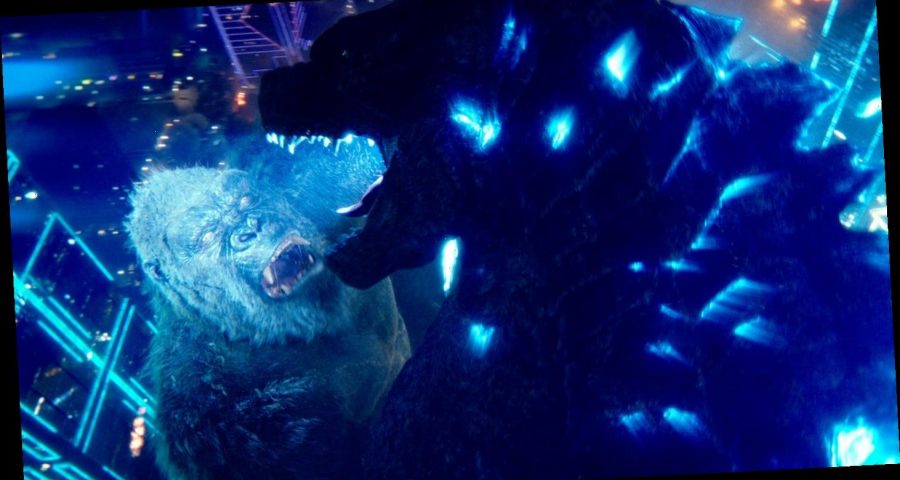 “Star Wars” movies and the “Alien” franchise inspired Adam Wingard to become a filmmaker, so putting the two most iconic giant monsters in cinema history in opposite corners and having them duke it out is pretty much his bread and better.

“Being able to do a movie that is based on pure imagination was so great,” says Wingard, director of the rock-‘em-sock-‘em spectacle “Godzilla vs. Kong” (in theaters and streaming on HBO Max Wednesday).

The sci-fi creature feature is the culmination so far of the rebooted MonsterVerse, which introduced an updated take on the classic Japanese kaiju in 2014’s “Godzilla” and brought back simian royalty three years later with the ’70s-set “Kong: Skull Island.” Digging into the greater monster mythology, the new film pits them in a rematch eons in the making.

‘Kong bows to no one’: Two beloved behemoths face off in first ‘Godzilla vs. Kong’ trailer

Godzilla, coming out of 2019’s “King of the Monsters,” was Earth’s de facto protector but now he’s attacking cities for unknown reasons, which worries one of his advocates, teenager Madison Russell (Millie Bobby Brown). Godzilla’s path of destruction leads him into conflict with Kong, who’s been transported off Skull Island so that his allies – including geologist Nathan Lind (Alexander Skarsgard) – can take him back home to Hollow Earth, a mythical locale in the center of the planet.

Wingard chats with USA TODAY about steps he took to make this monster mash memorable:.

Godzilla and King Kong tussle amid the bright lights of Hong Kong in "Godzilla vs. Kong." (Photo: WARNER BROS. PICTURES)

Godzilla and Kong: By the numbers

With the thunder lizard standing at 393 feet tall and the big gorilla (who’s grown since “Skull Island”) just a bit shorter at 338 feet, both could dunk on the Statue of Liberty. In their faceoffs, Wingard tried to abide by “the rules of the actual size of the monsters” so much so that when it was first mentioned that Godzilla and Kong wouldtangle on an aircraft carrier, “I thought that’s just pushing it too far” due to their sheer size alone.

But Wingard found out how large those ships actually were and it made scientific sense both could be on it at the same time. “How cool is it that we get to see Godzilla get punched in the face by King Kong on an aircraft carrier? We’ll do anything to figure out how to make that work, but we also want it to be believable on some level.”

Get ready for a most epic sea battle

Wingard felt the topography itself needed to be an important part of the action, which is why Godzilla tussles with Kong at sea. “It’s less interesting if you just put the monsters in a big field,” he says. “There’s nothing for them to use and so it’s just going to be two monsters bumping into each other.” Having terrain like the aircraft carrier also adds wrinkles to the fight as Kong tries to stay out of the drink: “First off, you already have Kong at a disadvantage. He’s not as powerful as Godzilla. Godzilla’s unstoppable. Godzilla can swim in the water and he can breathe underwater. You take Kong and he’s totally out of his element there.”

Bruce Willis and WWE were influences?

The director thought of Godzilla as The Undertaker, the pro-wrestling character and fearsome loner who comes and goes to take on enemies when he needs to. Yet for Kong, Wingard looked to Bruce Willis’ John McClane, even giving the big guy a dangerous jump that’s also a “Die Hard” homage in the film. “He’s this ’80s action-hero archetype,” he says of Kong. “John McClane is this awesome cop, but it’s like one guy versus a bunch of terrorists.” And like Willis’ good guy, Kong’s in a little over his head though he isn’t totally outgunned.