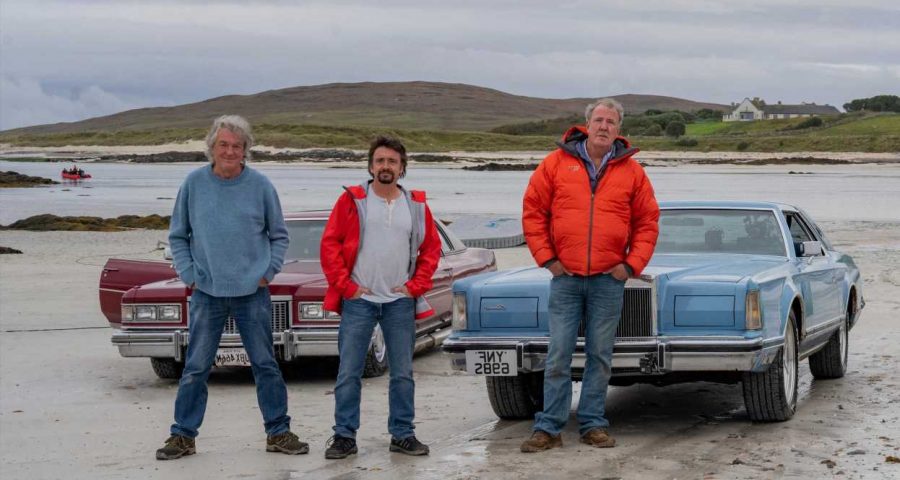 When you think of driving in Scotland, it’s unlikely that you imagine big, brash American cars from the 1970s.

But that’s precisely why Jeremy Clarkson, James May and Richard Hammond wanted to get behind the wheel of three vast, vintage classics and head north for the latest instalment of The Grand Tour. 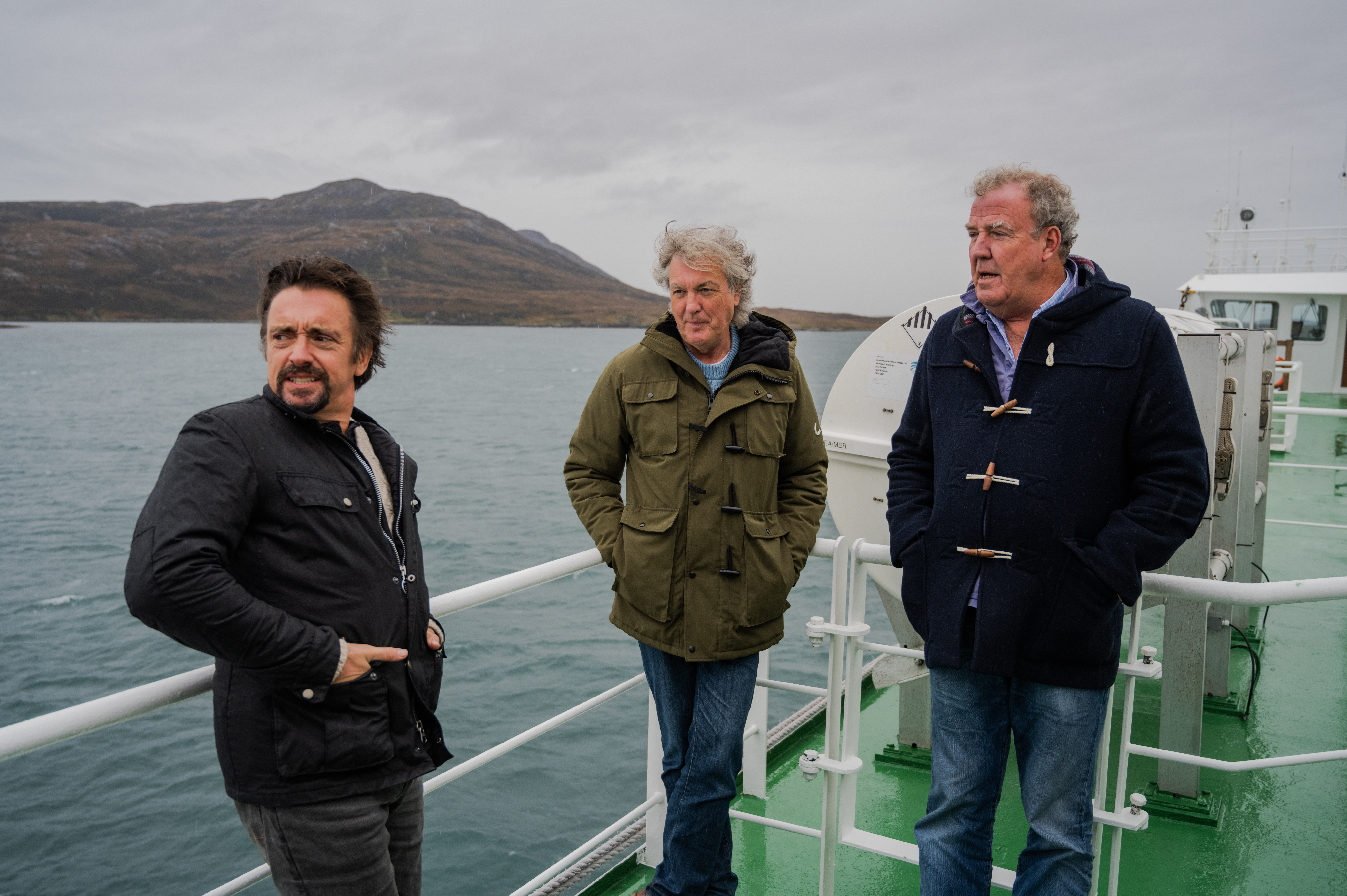 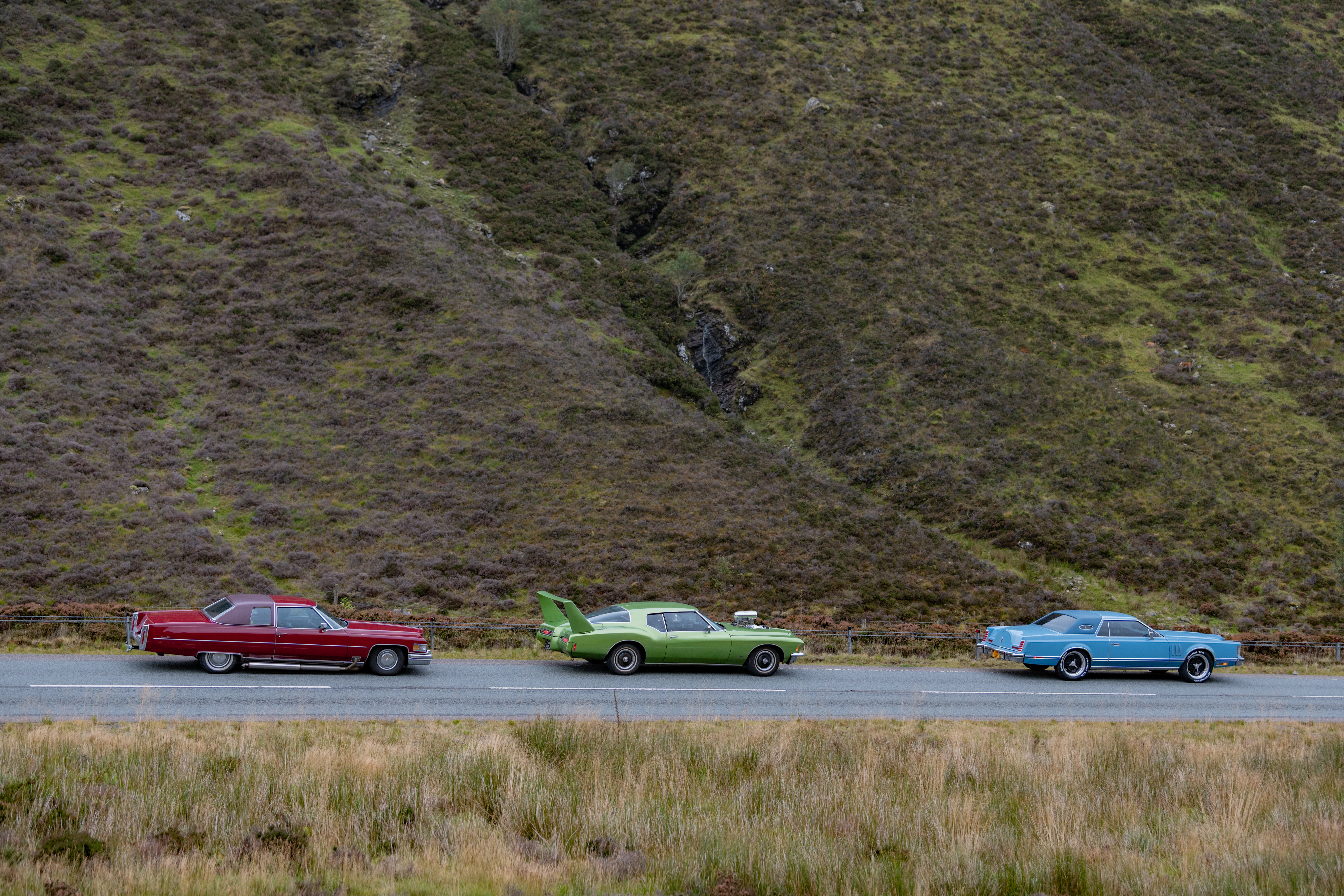 “Scotland is a very, very beautiful country, where it rains a lot,” says Jeremy. “So it has a sort of dank majesty, and that was great.

"It's a perfect place really to expose the inadequacies of extremely large 1970s American cars. The question we ask is: why did we not buy these cars in Europe?

"If you drive them around Scotland, it becomes very obvious very quickly, and hopefully in a comedic way.

"That being said, I brought home the Lincoln Mark 5 that I drove and I’ve still got it. I drive it every week.”

"Why didn't we have these heroic, exciting cars when we were kids?"

“We all loved our cars, to be fair,” agrees Richard, who gets to drive a Buick Riviera. “That's what we were setting out to prove – why didn't we have these heroic, exciting cars when we were kids? We'd watch them in movies and in TV series, and then we'd look out the window at the Austin Allegro on our drive.

"The example I chose perhaps wasn't the most suited to the place. Scotland is known for a spot of rain.

"What you do need is working windscreen wipers and that's what I didn't have, which turned out to be quite annoying at times, in that I couldn't see out.”

During the trip – which was originally meant to be in Russia, until the pandemic changed their plans – the trio get up to their usual hilarious high-jinks, gleefully playing entertaining pranks on each other.

"He actually had to take his own trousers off at night"

We won’t give too much away but both James and Richard end up very wet and very cold at certain points, much to Jeremy’s joy.

"James doesn't ever think about retribution, because he's too busy thinking about Victorian poetry,” he laughs. “So I got away with it, largely. It doesn't always happen, but I did on this occasion, which is good. And Richard didn't have to go to hospital.

"He actually had to take his own trousers off at night and not have a paramedic do it for him. So yeah, it was gentler and probably better as a result.”

“I know that viewers like to see us suffer, and we are there to serve them,” says James, who hits the Scottish highways in an eye-catching burgundy Cadillac.

“I've got a few lined up to play on the other two, given the opportunity. You have to remember, I have to allow them to play pranks on me because it helps them deal with their own insecurities.”

And, in typical Grand Tour style, James, who recently fronted his own Amazon Prime cookery series Oh Cook!, gets to try out some of his culinary skills on his pals.

"Everything I made was deep fried"

“Everything I made was deep fried,” he laughs. “I mean, it's a bit of a joke, because of Scotland and deep fried Mars bars.

"It's not a very sophisticated joke, and possibly even one we've made before, but the signature dish of the trip was my deconstructed and deep fried and battered kedgeree. It was a worthwhile experiment.”

Incredibly, it’s 20 years since the trio started working together on Top Gear. But with a trip to Wales planned for the next Grand Tour, do they still enjoy each other’s company?

“Absolutely,” says Richard. “James and Jeremy are a part of the furniture of my life now. They're hideously familiar.

"James one morning not long ago suddenly exploded with fury because he hated the way I spread my marmalade on my toast, and I thought: ‘Yeah, that is a sign we've spent too long together.’ But it just feels so amazingly familiar. It feels great to do it.”

Jeremy agrees, saying: "I’ve started farming now, which is like a day job. But The Grand Tour is like an adventure holiday with your mates, and off you go and fool around. And I know them very, very well.

"We know what floats the other ones’ boats and what winds them up. It's just great fun. Somebody said to me the other day: ‘If you could have any job in the world, what would it be?’ And I said: ‘Genuinely, hand on heart, I've got it.’ It's a pretty idyllic way of earning a living.” 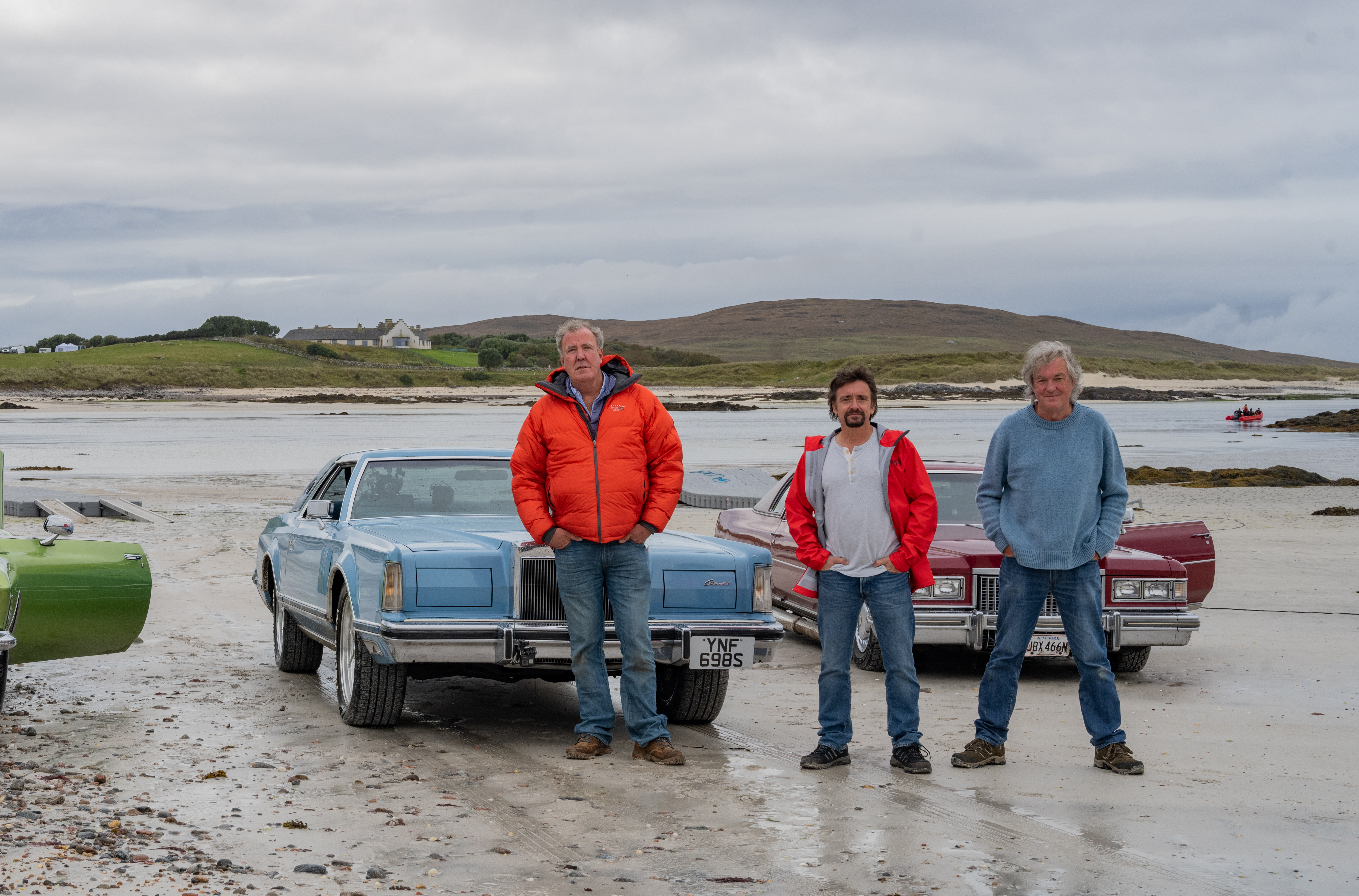 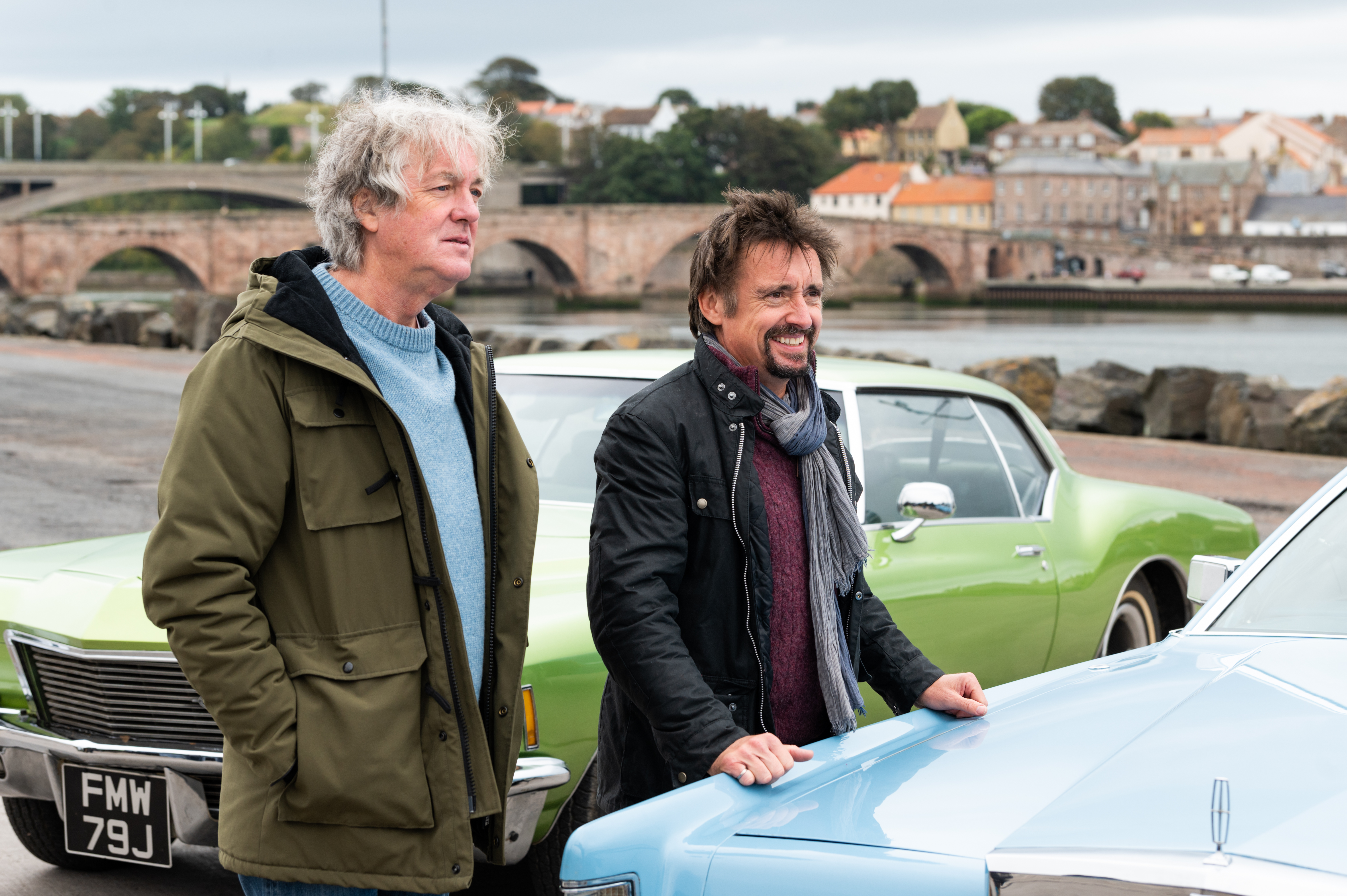 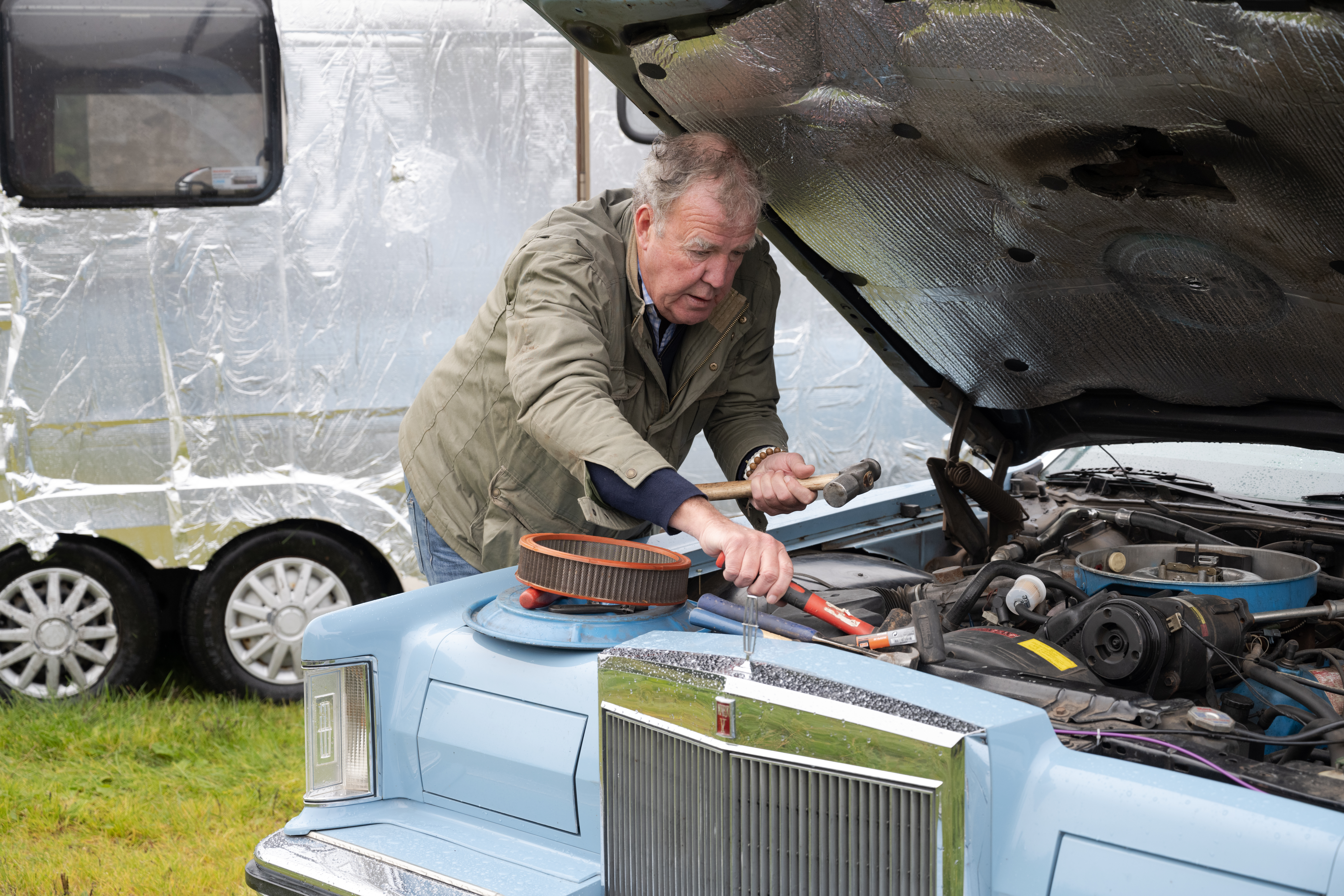 The Grand Tour: Lochdown premieres on Amazon Prime Video on Friday, July 30. TV Mag is available in The Sun every Saturday.