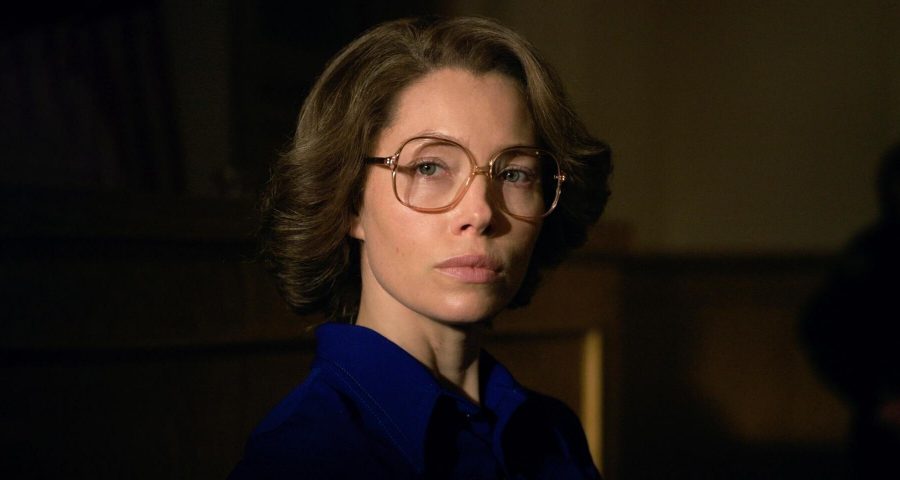 The Sinner season 1 fans assemble, because Jessica Biel has killed again! Hulu’s latest true crime miniseries Candy owns the screen and can now be seen on Hulu. The show is a dramatization of a 1980s murder in which Candy Montgomery was accused of murdering her friend Betty Gore with an axe. (The real Candy has always denied this.) Jessica Biel plays our title character Candy, with Yellowjackets’ Melanie Lynskey playing Betty. Like most TV shows in the true crime genre, there’s debate about what’s really “true” here, so let’s dig into it.

The true story behind Candy is a dark tale of friendship and betrayal that took place in the heart of Texas. In June of 1980, Betty Gore, a churchgoing middle school teacher, was found dead in her home with 41 axe wounds.

The backstory here is that Candy Montgomery, who befriended Betty at church, was having an affair with Betty’s husband, Allan Gore. Texas Monthly originally covered this story in back in 1984, describing the ultimately violent murder scene in detail. On the day of Betty Gore’s death, Candy offered to take Gore’s daughter, Alisa, to her swim lesson after spending the night at the Montgomery house. Candy stopped by the Gore house to pick up a swimsuit for Alisa and was allegedly confronted by Betty about the affair.

What happened next was the main debate of the trial. An axe was grabbed (Candy’s lawyers argued by Betty) and the confrontation turned violent. During the trial, the defense argued Candy was acting in self-defense. Ultimately, the jury acquitted Candy Montgomery of murder. Following the trial, Candy left the state.

Hulu is not the only one telling the same story this year. HBO Max is working on their own retelling of the Candy Montgomery trial starring Elizabeth Olson and Lily Rabe, titled Love and Death. A release date for this project has yet to be announced, but filming wrapped in early April, so we’re expecting a trailer any day now.

‘Candy’ is available to stream on Hulu right now.