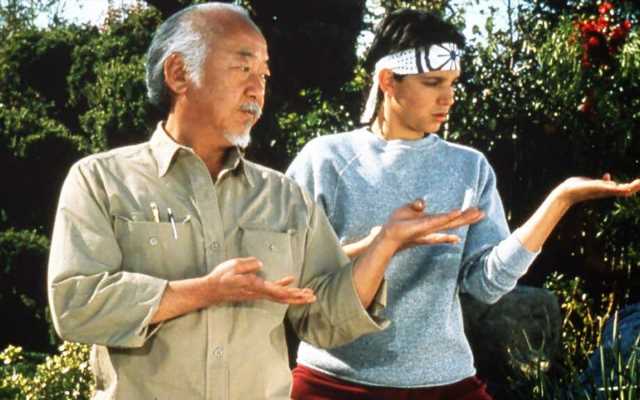 The stage adaptation of the hit 1984 film, which will be directed by Japanese filmmaker Amon Miyamoto and feature music and lyrics from Drew Gasparini, is set to debut in May 2022.

AceShowbiz -“The Karate Kid” is getting a musical reboot – and the new stage show will launch in Missouri next year (2022) ahead of a planned Broadway run.

“The Karate Kid – The Musical” will begin a limited engagement at St. Louis’ Kirkwood Performing Arts Center from May 25 to June 26, 2022.

The book is by the beloved 1984 film’s original screenwriter Robert Mark Kamen with music and lyrics by TV hit “Smash” composer’s Drew Gasparini.

Japanese filmmaker Amon Miyamoto will direct, and tells Deadline the film’s “message” is as important as ever.

“Karate teaches that if you treat people with inner strength, humility, and the spirit of harmony, there will be no conflict. It’s a message that I think we need to hear even more now than we did in 1984, and I am so excited to have the chance to modernize and musicalize this beloved story for what will be the world’s first karate action musical.”

Kamen, meanwhile, added, “When I was a young man, my life was forever changed by traditional Okinawan Karate and the instructors who taught it to me. The Karate Kid is my love letter to both those masters and their practice. Karate teaches, above all, to follow your dreams no matter what obstacles are put in front of you, and that is the spirit with which all of us are approaching this show.”

Gasparini, too, was a huge fan of the classic movie starring Ralph Macchio and Pat Morita.

” ‘The Karate Kid’ has been a major touchstone in my life,” he shares. “It is such an incredible honor to be able to give a musical voice to such an iconic story that means so much to so many people across the globe. It’s a responsibility I don’t take lightly, and one I am relishing every second of.”

Casting for the musical has not yet been announced. The new show isn’t the only “The Karate Kid” spin off – hit Netflix series, “Cobra Kai“, serves as a sequel to the film.