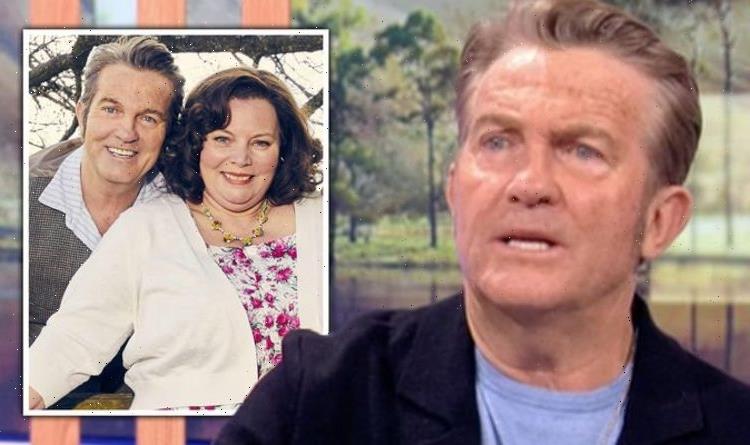 Bradley Walsh: The Larkins was shot 'different' to the original

On Sunday, Bradley Walsh stars in the upcoming reboot of The Darling Buds of May as Pop Larkin. The Chase host joined Rylan Clark-Neal and Ronan Keating on Thursday’s The One Show to discuss the ITV reboot as he shared the differences between the original series and the new adaptation of the HE Bates books.

Bradley began: “Well Simon Nye who’s written it has taken all the HE Bates books and just moved them into the 21st century.

“People forget the original series was 30 years ago now so anyone under 40 basically won’t know what that was so we’re hoping to bring it to a new audience.

“I’ve seen the first two and I’ve got to be honest they’re lovely Andy de Emmony the director has done the most fantastic job.”

Read more: Bradley Walsh opens up about The Larkins regret ‘What have I done?’

“And we’ve got an ensemble cast, it’s stellar so it’s brilliant,” he continued. “Amelia Bullmore, Peter Davidson and Tony Gardner.

“It’s warm and it’s what we need now. It’s coming up for winter and it’s [on] Sunday night so you can sit with a cup of tea.

“It’s all about family that’s what’s brilliant about the books and that’s what Simon has written.

“He’s stuck close to the book so it’s all about family, all about community,” he added.

Earlier on The One Show, Rylan and Ronan teased Bradley about his upcoming TV projects.

Ronan quipped: “You’re all over the airwaves at the moment, and rightly so.

“Last Saturday you were on BBC One with the brand new Blankety Blank at the same time you’re on Beat The Chasers – it must be like having to choose your favourite child.”

“Now I tell you what it is you both know how this works and you’ve got to set the record straight here,” Bradley replied.

“You make Blankety Blank in five days in one part of the year,” the quiz host explained.

“You make Beat The Chases in seven days in one part of the year and then the schedulers decide to put them on at the same time.

He shared: “I’m making the Christmas episode of The Larkins now so I’m down in Kent.”

“Obviously not right now I’m here,” he joked. “But I’m making the Christmas Larkins in Kent and we’ve got all this lovely snow.

The One Show airs on BBC One on weekdays at 7pm. The Larkins begins on ITV on Sunday at 8pm.