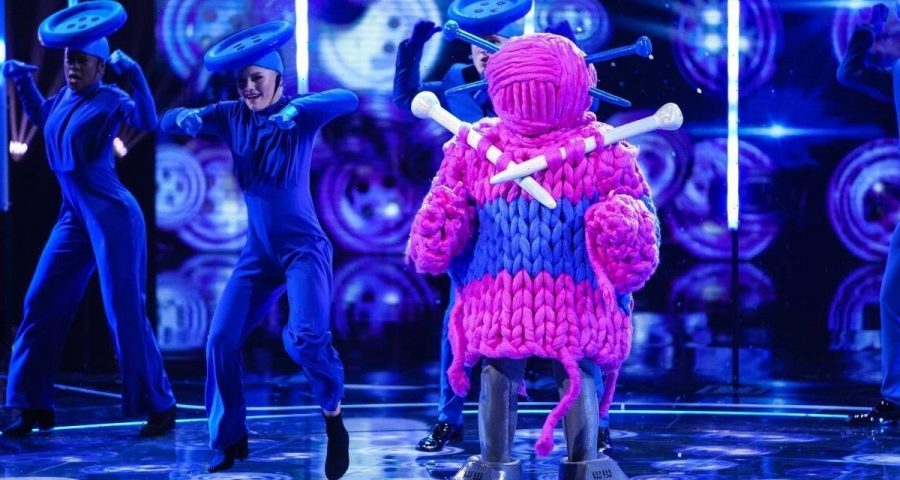 The Masked Singer will see half of the remaining characters back in the limelight for their next performance, including Knitting. Viewers have been speculating about her identity, with some believing she is an actress or comedian, while others think a professional singer. The next clue package is bound to reveal even more about the celebrity who is behind Knitting at the weekend.

Cute character Knitting made her debut on The Masked Singer season four in the very first episode, performing Remember by Becky Hill.

But it wasn’t until she returned to the stage that Knitting really wowed the crowds as she took on Barbra Streisand and Donna Summer’s No More Tears (Enough is Enough).

A number of names have been mentioned over the past few weeks, with the panel, Jonathan Ross, Rita Ora, Davina McCall and Mo Gilligan, determined to get it right.

Following her first two performances, Express.co.uk spoke to TommyD, music producer, and co-founder of TokenTraxx who shared who he believed could be behind the mask.

TommyD has worked with some big names throughout his career which truly began when he launched his own record label in 1988.

Since then, he has collaborated with stars like Kanye West, Adele and Kylie Minogue.

“Obviously famous for being a Doctor yet had zero training as per the clue.

“I also don’t think she has a strong voice, its more someone who sings for fun and Jodie is definitely a laugh.”

Prior to Knitting taking to the stage, she teased how she learned her skills by “watching and coping” and had “never been professionally trained in something I’m very well known for”.

Actress Jodie Whittaker became the 13th Doctor Who to step into the shoes of the Time Lord back in 2017.

She was voted as the second greatest Doctor in the show’s 57-year history, just behind actor David Tennant.

Of course, Doctor Who isn’t the only show that Whittaker is well known for.

One of her other biggest roles to date has been as Beth Latimer in the ITV crime drama, in which she starred opposite Tennant.

She was in the series for all three seasons, following the devastating murder of her son Danny.

Some of her other work has included The Assets, Adult Life Skills, Journeyman and Trust Me.

Panelist McCall has also suggested it could be Whitaker behind the mask.

Previously on the show, she said: “Same sort of physique, same sort of size, I know she can sing. She sang a lovely Coldplay song for Children in Need.

“She is known as Doctor Who but she has never trained as a doctor.”

So could it really be the Broadchurch and Time Lord star behind Knitting?

The Masked Singer continues every Saturday night at 8pm on ITV.