The Million Pound Cube continued with Phillip Schofield, 58, welcoming father and son duo Rhys and Adam to the show. The pair were hoping they could get their hands on a big money prize, each taking away a share of the winnings. However, the father-of-two confused ITV viewers watching at home as he said he was going to give his money to his daughter who was watching from the side.

After Phillip commented “the entire nation just went awww” [sic], viewers quickly took to Twitter to ask why Adam’s daughter wasn’t taking part to win the money for herself.

“Wait one second, why isn’t his daughter playing if she is getting the dad’s share? #TheCube,” one fan wrote.

A fourth remarked: “#thecube why is the daughter not winning her own money?” with a fifth sharing: “I didn’t catch why he’s playing for his daughter, does anyone know? #thecube.”

However, not everyone was opposed to Adam giving his share of the prize money to his daughter watching from the sides. 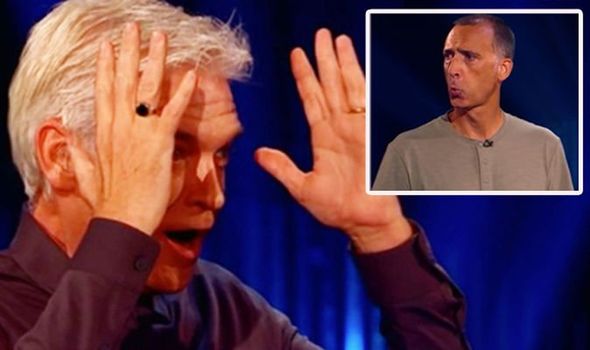 “He’s giving his share of the winning to his daughter. What a lad #TheCube,” a sixth commented, with a seventh opining: “Lucky daughter and generous dad #theCUBE.”