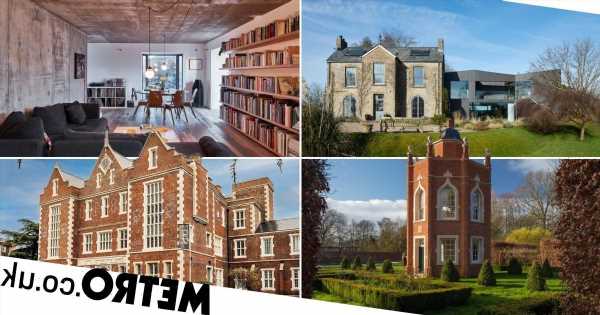 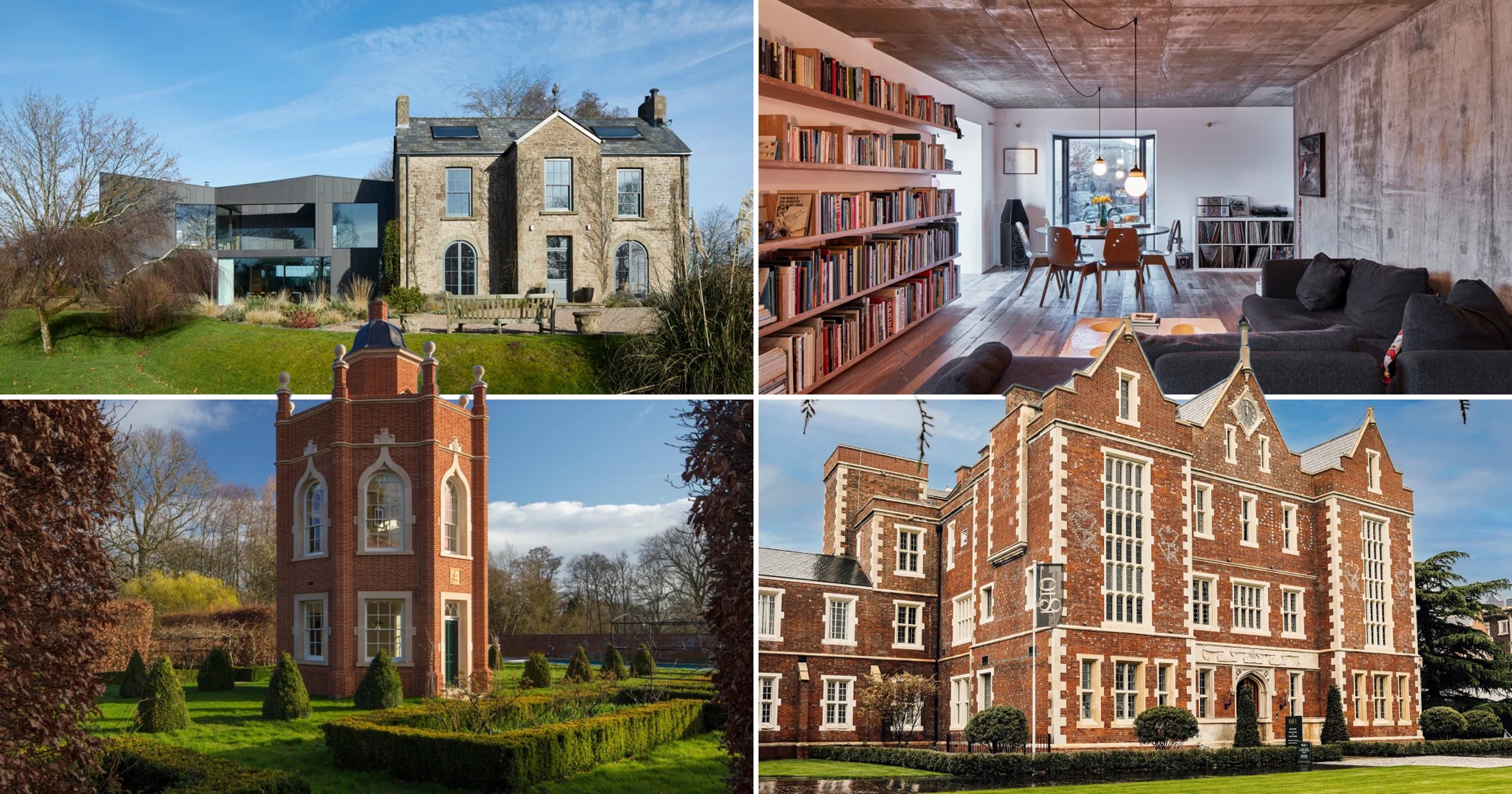 In need of some real interiors inspiration?

Then look no further than these award-winning properties.

A whole range of incredible homes scooped top prizes for architects, craftsmen and builders as 2022 approached.

From Grand Designs builds to elegant timber interiors, here are a few of the most beautiful buildings from around the UK.

RIBA House Of The Year

Arguably the most prestigious award of the lot, this one also has the highest profile — the winner of the UK’s best new architect-designed home was recently revealed on Grand Designs: House Of The Year on Channel 4.

‘This geometric design skilfully fuses together the old with the new,’ says Royal Institute Of British Architects president, Simon Allford. ‘House On The Hill is an extraordinary labour of love…

‘Every detail has been meticulously considered and exquisitely finished, resulting in a truly remarkable home that enhances its unique setting.’

In restoring the vast, deteriorating property, the company stripped back ugly 1970s additions.

A 16th-century fireplace was restored and aged using yogurt (natural yogurt has a weathering effect on stone surfaces), beams in the bedrooms were repaired to form high ceilings above lime-washed stone walls.

‘It is a beautiful, clever build, that has preserved a bit of history and created a comfortable home,’ says Brian Berry, chief executive of the Federation of Master Builders, the UK construction sector’s largest trade association, which runs the awards.

‘The range of skills and trades displayed, and the quality of the work and customer service, was phenomenal.’

You’ve probably guessed from the name that these awards celebrate the best examples of clay brick buildings.

Wolverton Hall Folly, in Worcestershire, an octagonal tower by Quinlan Terry Architects that blends beautifully into its surroundings, won the Best Craftsmanship award.

Wright & Wright’s annexe to Lambeth Palace Library, featuring a nine-storey central tower flanked by a series of wings, was the overall winner as well as Best Public Building.

These highlight projects large and small, both completed and not yet built, across the capital’s 32 boroughs.

Among the 14 category winners are Mole House, designed by Adjaye Associates and voted Best Dwelling.

Previously home to the late William Lyttle, who was known as the Hackney Mole Man for burrowing a network of tunnels underneath it, Mole House is now a three-storey live/work home on a triangular plot and has been expanded at basement level with new open-plan living spaces and a sunken, landscaped garden.

High ceilings ensure plenty of natural light, while recycled materials have been used as much as possible.

Low Line Commons, a green corridor along the Victorian railway viaduct linking Bankside to Bermondsey via London Bridge, was overall winner and won the Planning category.

Architect PDP London aims to merge neighbourhoods on the route into one, while connecting residents with their communities and nature.

Two of the eight winners of the Wood Awards, which showcase excellence in architecture and product design in timber, are private homes.

The Interiors prize went to St John Street, a London warehouse flat acquired as an empty shell and designed by Emil Eve Architects.

Now warm and inviting, it includes a library lined with solid oak bookshelves, plus oak chevron parquet flooring in living and sleeping areas. Sliding oak pocket doors provide views from one end of the flat to the other.

The private category winner, The Boathouse by Adams + Collingwood Architects, is a four-bedroom, two-storey home looking out over the Salcombe Estuary in Devon.

The main living areas lie above the bedrooms and timber, stone and rounded shapes — such as a curved bench — are used extensively on the lower level.

A combination of Douglas fir and man-made materials predominate on the upper floor. Yellow cedar tiles and cladding adorn the roof and exterior, and a glass and timber balcony sits above the front door.