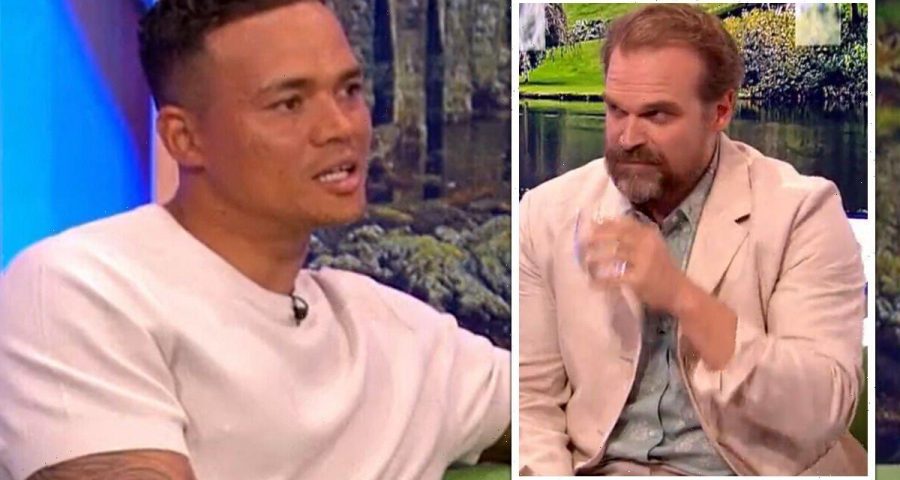 David Harbour admits he had doubts over Stranger Things

Alex Jones and Jermaine Jenas welcomed two Hollywood stars on to Monday’s The One Show as David Harbour and Bill Pullman discussed starring in Theresa Rebeck’s Mad House. However, BBC viewers took to Twitter to complain the show had not allocated enough time to the interview.

@JoannePape tweeted: “#TheOneShow spent way too much time on the boring Commonwealth Games than the amazing guests they had in the studio. What a wasted opportunity.”

@chrisb99_uk questioned: “What’s the point of having guests on but not even talking to them?  20 mins in #theoneshow.”

“Where the hell is David Harbour!? Give that sexy beast some b****y airtime, I need more than 5 mins #TheOneShow,” @loopy_ju added.

“Two ‘A’ Listers sitting 20 minutes in the studio listening and watching this and being interviewed by JJ. Soooo embarrassing. #theoneshow,” @paboy113 remarked. 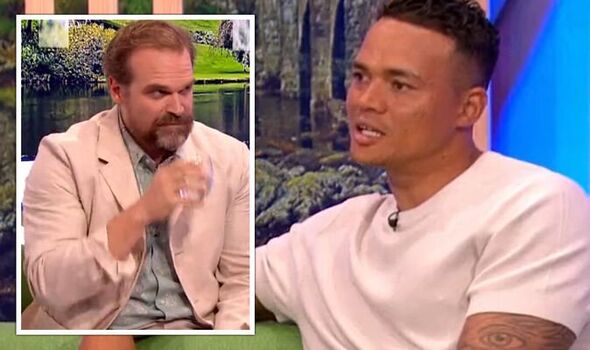 @theproperKP tweeted: “#theoneshow have 2 massive A list stars on and have spent about 52 seconds talking to them.” (sic)

One viewer replied to another who was disappointed to have missed the Stranger Things actor.

@Claire_250 quipped: “@BBCOne Well, it was kind of blink and you’ll miss him. Ridiculously short amount of time given over  to #DavidHarbour and #BillPullman. #TheOneShow.”