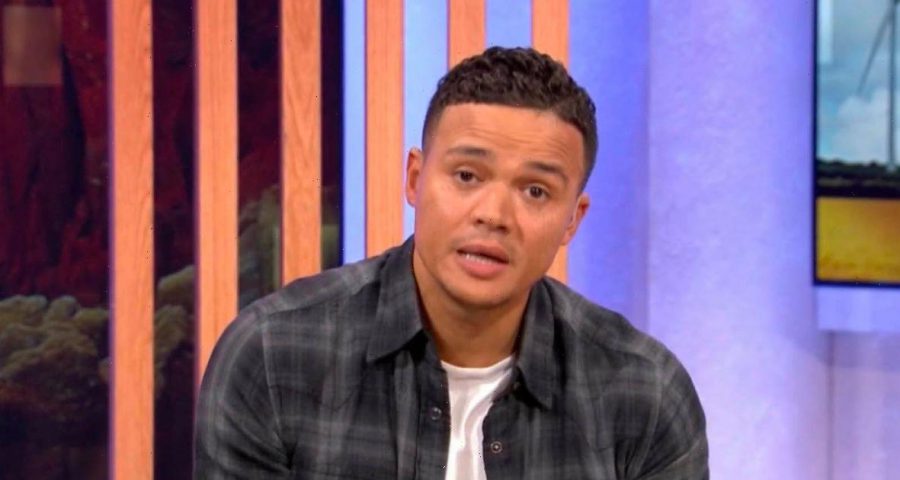 TV presenter Alex Scott was forced to pull out of BBC’s The One Show after coming down with an illness, leaving co-host Jermaine Jenas to front the show solo.

Stunned fans tuning into the episode were greeting by former footballer and show host Jermaine, who revealed that the 37-year-old had become unwell and was therefore unable to join him on the show.

“Hello and welcome to your first One Show of the week,” Jermaine began after the show’s opening credits.

He continued: “Live on BBC One and iPlayer with me – yes, just me.

“Alex Scott should be with me but unfortunately she’s been hit, like so many, with that dreaded superbug.”

Jermaine did send his well wishes to his co-star as he continued: “So get well soon, Scotty. We can’t wait to have you back.”

Viewers of Monday’s episode were treated to a short teaser of stand-up comic Bishop in his new role as he plays down on his luck loser Dan Lewis, the Doctor’s newest companion. John is set to join The Doctor and Yaz on the Tardis on this Sunday’s episode.

In the clip, Dan opens the door to a grown man, without a costume and holding a box of eggs, demanding "trick or treat".

Dan then sends him on his way and the pair part ways.

Despite the trailer giving absolutely nothing away, Doctor Who fans have been going crazy for the clip, with some going into meltdown over Dan’s grumpy demeanour.

A third added: “John Bishop is literally just playing himself and I love it,” as a fourth joked: “That’s not even Dan, that’s just John Bishop shouting at a man for being a dumba**.”

While fans were already making memes from the 40-second clip shown on The One Show, they were given an even bigger surprise from the official Doctor Who Twitter account, which shared the scene in full.

The One Show airs weeknights at 7pm on BBC One