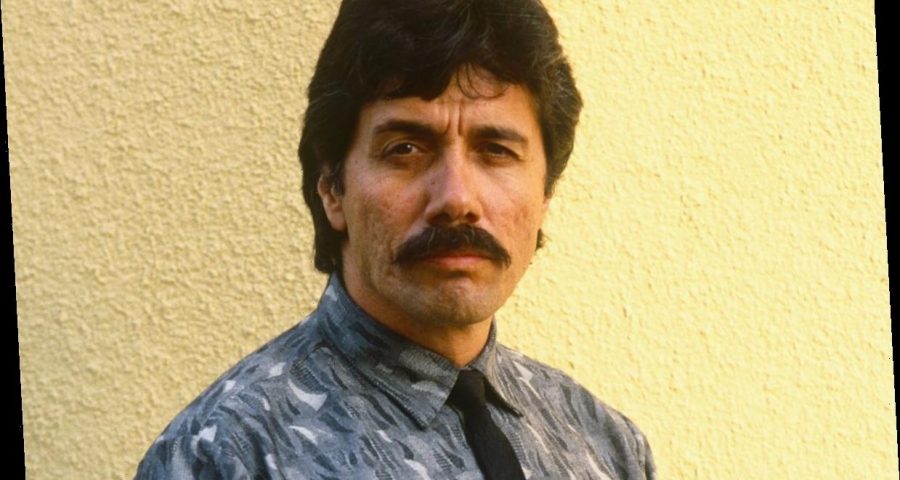 When Lt. Lou Rodriguez (Gregory Sierra) got killed on Miami Vice early in season 1, Michael Mann knew who he wanted to replace him. Mann called Edward James Olmos in Los Angeles and asked him if he could be on the Miami Vice set the following morning.

Olmos respectfully declined. Though playing Lt. Martin Castillo would pay extremely well — and Olmos had no other pressing commitment — he wouldn’t commit to a TV series. Olmos simply didn’t like the idea of signing an exclusive contract with NBC.

When Mann called back offering more money, Olmos declined again (and again). Finally, Olmos accepted on the condition he could take other acting jobs while playing Castillo. That decision paid off handsomely for Olmos, who notched an Oscar nomination for a performance he gave a few years later.

When Olmos joined the Miami Vice cast in 1984, he was coming off an early creative peak as an actor. He’d starred in Zoot Suit in ’81; worked opposite Harrison Ford in Blade Runner; and really had a breakthrough with The Ballad of Gregorio Cortez (1982), which he starred in and co-produced.

Why would he want to break that roll and play a cop on TV? He didn’t, but Olmos joined Miami Vice with the guarantee he would have creative control of his character along with his non-exclusive contract. That allowed Olmos to continue growing as an actor.

The results speak for themselves. As soon as Olmos came aboard to play Castillo, the entire tone of Miami Vice changed. Awards voters saw it, too. Olmos won the Golden Globe for Best Performance by an Actor in a Supporting Role for season 1. Then he won an Emmy in 1986.

And Olmos made his time away from Miami Vice count. A few seasons into his work on the show, he played Jaime Escalante in Stand and Deliver (1988). It remains one of his signature roles, and Olmos earned himself a Best Actor nomination for it at the 1989 Academy Awards.

Miami Vice was the peak for a few actors on the show (including Philip Michael Thomas). But in Olmos’ case it was just another stop in what’s been a brilliant career. In 1995, he won his second Emmy (for Outstanding Supporting Actor in a Miniseries) for The Burning Season.

Without question, Olmos is the former Vice actor who’s put together the best screen career. (He’s certainly the only one with an Oscar nod.) And he doesn’t seem ready to stop. Keep an eye out for Walking with Herb, an upcoming film he already completed.