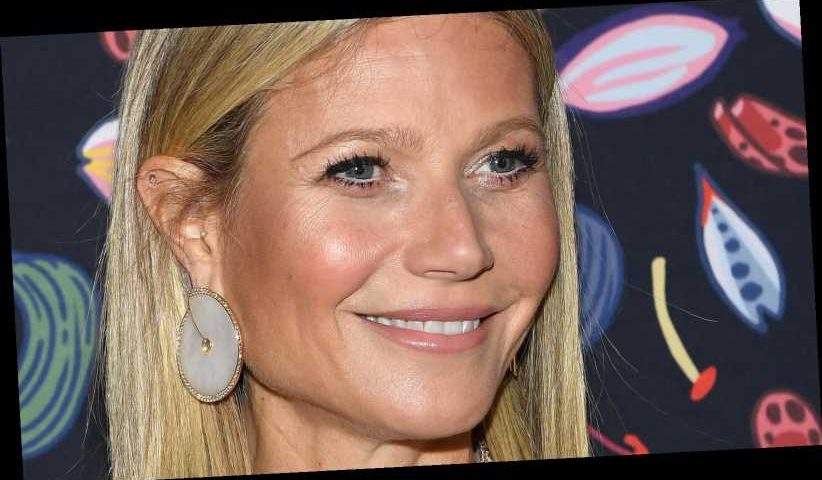 Gwyneth Paltrow claims she naturally treated her coronavirus symptoms by consuming sugar-free kombucha, kimchi, and herbal cocktails. Paltrow explained in a new blog post for her luxury wellness brand Goop that she caught COVID-19 “early on” and suffered “some long-tail fatigue and brain fog.” She wrote: “In January, I had some tests done that showed really high levels of inflammation in my body.” After contracting the virus, the Hollywood actor consulted a “functional medical practitioner,” Dr. Will Cole, who recommended “intuitive fasting” to help ease her long-term symptoms. Despite being “accustomed to cleanses,” Paltrow said Dr. Cole’s health advice has been taxing for her.

The 48-year-old embarked on a “keto and plant-based diet,” which saw her fast until 11 a.m. each day, drink alcohol-free cocktails by Seedlip, and use “lots of coconut aminos” in cooking. And, in a bid to plug her brand, Paltrow said various Goop serums and supplements had also been “like a gift” to her body. She went on to say: “Everything I’m doing feels good, like a gift to my body. I have energy, I’m working out in the mornings, and I’m doing an infrared sauna as often as I can, all in service of healing.”

Yet, while the Hollywood star said she has been “doing major research” into her new “healing” diet, her COVID-19 advice has angered the medical community. The National Health Service (NHS) of England has now urged influencers like Paltrow to stop spreading “misinformation” about the deadly disease.

Despite Gwyneth Paltrow saying she “turned to one of the smartest experts [Dr Will Cole] in this space” — she also plugged his book Intuitive Fasting in the process — those working on the frontline are less than convinced. The national medical director of the NHS Professor Stephen Powis said, while he was sorry to hear the star was suffering from COVID-19, he believes celebrities need to take the virus more “seriously.”

Powis told the BBC on Feb. 25, 2021, “We need to take long Covid seriously and apply serious science. All influencers who use social media have a duty of responsibility and a duty of care around that.” He also likened such misinformation to the virus itself when he said, “[M]isinformation carries across borders and it mutates and it evolves. So I think YouTube and other social media platforms have a real responsibility and opportunity here.”

It’s not the first time Paltrow has been in hot water over controversial health advice, though. Back in 2018, her lifestyle brand Goop paid a whopping $145,000 (per BBC) for unproven health claims about “vaginal eggs” they were selling per The Guardian. The jade and rose quartz eggs — which were sold for $66 and $55 respectively — professed to balance hormones, regulate menstrual cycles, prevent uterine prolapse and increase bladder control.

Aside from providing unsolicited health advice, Paltrow also tooted her own horn when it came to the global adoption of face masks.

In a Mean Girls-esque moment — “one time I saw Cady Heron wearing army pants and flip flops, so I bought army pants flip flops” — Gwyneth Paltrow recently claimed that she’s the reason why everyone wears face masks now. The Hollywood actor told The New York Times that ever since she posted her famous face mask selfie in February 2020, the world gravitated to the product.

“This is a familiar pattern in my life. I do something early, everyone is like: ‘What is she doing? She’s insane.’ And then it’s adopted by the culture.” She then went on to explain she was “one of the first people” to be infected with coronavirus after getting it France — despite the country’s first known case being back in December 2019, per the BBC.

“I had to take this trip to France when it was all kicking off. I wore it on the plane, but I didn’t wear it to the function that I was going to, and actually ended up getting Covid and coming home, and being one of the first people that I had heard of to have it,” Paltrow told The New York Times. Perhaps Paltrow is confusing herself with her Contagion character who was the film’s first figure to contract a deadly disease?