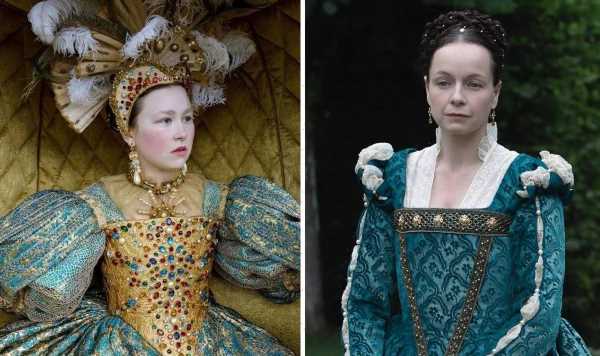 From Bridgerton and The Crown, to Harlots and The Gilded Age, the hunger for more period dramas continue, this time, thanks to streaming service Starz. The Serpent Queen tells the tale of Catherine de Medici (played by Samantha Morton), an orphan who viciously fought to stay on top after marrying the King of France’s son. Season one shows the early years of Catherine’s life and how she was able to rise to power.

WARNING: This article contains spoilers from The Serpent Queen.

Flashbacks show that Catherine de Medici (Liv Hill) was orphaned by wealthy Italian parents with just her uncle Pope Clement (Charles Dance) looking out for her.

He was able to arrange her marriage to the heir to the French throne through his various connections and Catherine started to fall in love with her new husband.

Sadly for her, it was unrequited as Prince Henri’s (Alex Heath) heart was already with Diane de Poitiers (Ludivine Sagnier), a woman twice his own age.

Seeing she could be dispensable, Catherine became ruthless in her tactics to ensure she didn’t go back to living on the streets. 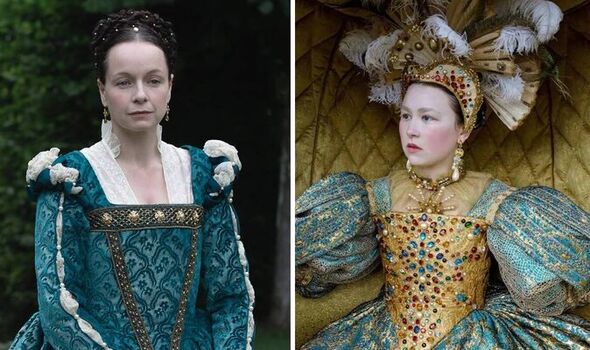 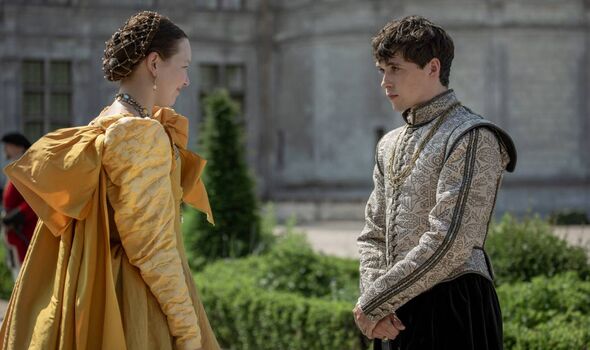 As Catherine grew older, her methods for keeping everyone in line became more horrific.

She wasn’t afraid to use torture and the Chateau de Blois held a cabinet that stored her extensive collection of deadly poisons.

It was partly down to these techniques that Catherine was able to remain the Queen Consort, followed by Queen Regent of France, for 15 years.

Later in life, she went on to be the mum of three kings and two queens, keeping her in that royal inner circle. 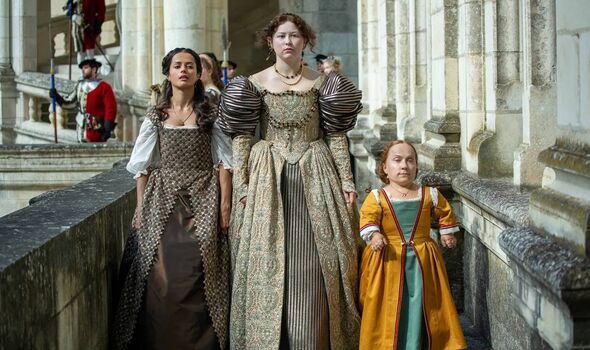 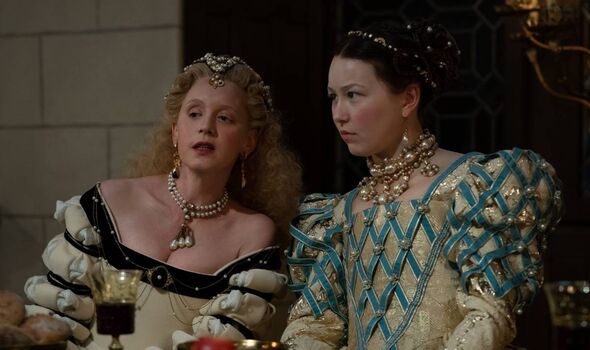 Speaking exclusively to Express.co.uk, actress Liv Hill, who plays young Catherine de Medici, opened up about how she approached the role.

While many actors in period dramas have struggled with the uncomfortable and over-the-top costumes, Hill admitted they actually helped her with the role.

She explained: “The costume fittings were hours long, because they were handmade from really the beginning, completely designed everyone’s costumes, there was no pre-made dresses.

“The costume designer and the costume crew were just amazing and it also really helped me get into character.”

Hill continued: “When you put on that corset, you do stand with your shoulders back and that made me feel powerful.

“I guess it helped Catherine [de Medici] feel powerful back then when she had massive Imposter Syndrome, because she was an imposter and she was treated like one as well.”

A new episode of The Serpent Queen comes out on the American-based streaming service every Sunday.

In the upcoming instalment, Catherine has yet another Prince Henri-related issue on her hands.

The third episode of The Serpent Queen is simply called The Price.

Its description reads: “Prince Henri returns from war with a new mistress, Filippa, and a baby.

“Catherine resorts to extreme measures to produce an heir.”

The Serpent Queen continues every Sunday on Starz in the USA and Starzplay via Amazon Prime Video in the UK.