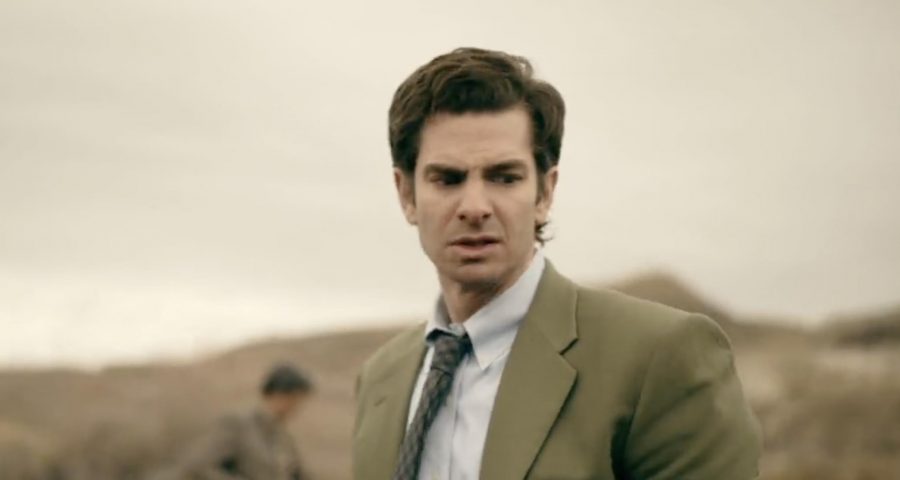 With Garfield behind the badge, the series also stars Normal People and Fresh star Daisy Edgar-Jones and Avatar’s leading man, Sam Worthington. With a grim true story, a hugely talented cast, and a bit of religious extremism, Under The Banner Of Heaven is one of the most anticipated TV shows of the year.

The original source material—a Jon Krakauer non-fiction book titled Under the Banner of Heaven: A Story of Violent Faith—was published in 2003. The book weaves together two stories: the origin of the Church of Jesus Christ of Latter-day Saints (aka the Mormon church), and a vicious double murder committed by fundamentalist brothers in 1984.

The murder made headlines when Ron and Dan Lafferty were convicted of killing their sister-in-law, Brenda Lafferty, and her 15-month-old daughter Erica in July 1984. As for the motive, Ron claimed to have received a divine revelation from God instructing him to remove people from the earth.

The Lafferty brothers were members of a small group called the “School of Prophets.” As the story goes, Ron Lafferty’s extreme religious views led to him being excommunicated from the LDS church. Not long after, his wife left him and took their six children to Florida. The brothers were said to have blamed Brenda Lafferty, who was married to their youngest brother Allen and had been critical of the brothers’ extreme fundamentalist views.

After being ousted from the LDS church, the brothers leaned into the School of Prophets. Ron claimed to receive messages from God about Brenda and shared his “removal revelation” with the other members, who quickly rebuffed the idea of murdering a woman and her infant child. Not long after, the brothers quit the School of Prophets…and then Brenda and her baby were found dead.

Ultimately, the brothers were caught when the police found a written note detailing the plan, and Utah v. Lafferty was officially underway.

Former American Fork Police Department Chief Terry Fox was a detective at the time, and he told Salt Lake City’s KSLTV in 2019 that even though he’d “seen a lot of death” in his career, “This one was different in the case, that it was religiously motivated. You can use the word brutal, horrific. And I just don’t throw those out lightly because this was a really, really brutal murder. It was different from a lot of crime scenes in a lot of ways.”

While awaiting trial, Ron attempted to die by suicide but ultimately survived with physical and mental injuries, while Dan went on to represent himself throughout the trial. In the end, Dan Lafferty was sentenced to two life sentences and Ron was sentenced to death. Though he chose to be executed by firing squad, Ron Lafferty ultimately died of natural causes in prison in 2019.

While in prison, Dan sat for multiple interviews with Jon Krakauer, the transcriptions of which became the basis for Under the Banner of Heaven.

To prepare for the detective role in the television adaptation, Andrew Garfield traveled to Utah and spent weeks studying the Mormon faith, meeting with current and ex-Mormons, and immersing himself in the culture. Garfield said he is most drawn to roles that focus on “questions of faith and spirituality,” which is clear if you’ve seen his work in Silence, The Eyes of Tammy Faye, and Hacksaw Ridge.

Under The Banner Of Heaven promises to be gritty, dark, and divine, so if that’s your thing, be sure to check out the series on Hulu starting today.

WATCH ‘UNDER THE BANNER OF HEAVEN’