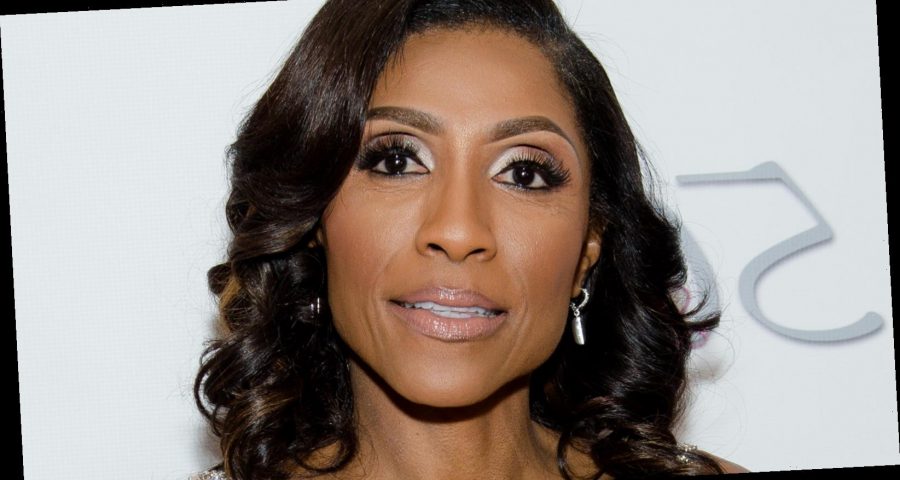 Dr. Jackie Walters is one of Married to Medicine‘s most recognizable cast members, having appeared on all seven seasons of the Bravo hit since it first debuted in 2013. The series follows a group of women in Atlanta who are either doctors themselves or married to doctors, and it lifts the lid on what life is like inside the medical field in the capital of Georgia.

Jackie has been very open about her personal life both on and off the show, which has documented everything from her public feuds to her successful career to her husband Curtis Walters’ heartbreaking affair. However, it turns out there are secrets even many of the biggest Married to Medicine fans don’t know about the respected OB-GYN, who’s been working in the field for more than two decades. With plenty more drama to come in Season 8, debuting on Bravo in March 2021, keep reading for the untold truth of Jackie.

Dr. Jackie Walters still has questions about her miscarriage

Dr. Jackie Walters of Bravo’s Married to Medicine has been very vocal about her struggle with fertility, but she once shared that she’s still unsure what caused her to experience a pregnancy loss while six months pregnant. She said she tried for around a year to get pregnant and then discovered the tragic news that she had breast cancer at the age of 39 while expecting. She sadly lost the baby, and the treatment left her unable to conceive a child naturally again.

However, Jackie shared in an interview with Oprah Magazine in October 2018 that she still doesn’t know if her miscarriage was caused by her age or because of her breast cancer treatment.

“The doctors were clear with me that I was never going to get pregnant naturally after that,” she recalled, but admitted, “To this day, I’m still not sure if the miscarriage was caused by age or chemically induced because of the chemo and radiation.”

Jackie added that “infertility is not something to be ashamed of” and that it’s important to talk openly about the topic with other women and medical professionals. But at one point in 2019, she may have taken that openness a little too far.

Dr. Jackie Walters was accused of some major shade

In 2019, per Madame Noire, Dr. Jackie Walters publicly claimed that her Married to Medicine co-star Buffie Purselle was “infertile” while discussing her own journey. Opening up about her breast cancer diagnosis and experience with chemo and radiation, she shared how it left her unable to have children naturally, and added, “The thing we grow up most of us wanting to do, you can’t do. And Buffie, you can relate. You’re infertile.”

Buffie spoke out in a lengthy November 2019 Instagram post. She called it “one of the most humiliating and painful moments in my life” that left her feeling “pain and embarrassment.” Buffie also described Jackie’s words as “cruel” and says she believed Walters had “malicious intent.”

Jackie apologized, though she was accused of throwing shade at Buffie afterward on Instagram. Urban Belle Magazine reported that, while promoting the reunion, she wrote that sometimes people’s good intentions can “create attention for others.” Fans speculated that she was hinting at comments from Dr. Heavenly Kimes and Dr. Contessa Metcalfe, who had insinuated Buffie may have used the moment to create a storyline.

Fellow co-star Mariah Huq has also accused Jackie of throwing shade. She claimed during a September 2019 Facebook Live (via Urban Belle Magazine) that Jackie had been “shading” her for years. “She really has, she’s always shaded me,” she added.

Dr. Jackie Walters has been accused of having a 'fake saintly image'

Thanks, in part, to her drama with Buffie Purselle and other Married to Medicine co-stars, Dr. Jackie Walters has been accused of having a not-quite-accurate reality TV persona. Buffie appeared to suggest she didn’t think Jackie’s public persona was quite as genuine as it appears when asked about their feud and the “infertile” comments in a May 2020 interview with All About The Tea. “Everyone needs to understand that I am not the person that keeps bringing it up. I definitely didn’t want to keep talking about losing six babies. Who would want to do that?! A number of the ladies kept bringing it up because they wanted to repair Dr. Walters’ fake saintly image,” she said, denying claims she used the incident to create a big storyline.

“The way that Dr. Walters said what she said, and how she treats me on and off camera (with everyone there to witness it) is what CLEARLY shows her true intentions,” Buffie continued, before claiming that she believes Dr. Walters doesn’t like her because “I’m ‘fat’ and my personality is true to who I am — I have self love.”

Dr. Jackie Walters' co-stars had theories about her husband's affair

Dr. Jackie Walters’ husband Curtis Walters’ infidelity was a big storyline on Married to Medicine in 2017. But her co-stars have had a lot to say about their relationship and subsequent reconciliation, even sharing their theories on what went wrong.

Toya Bush-Harris — who’s also appeared on every season of the show — made some controversial comments on the season premiere, implying that Walters didn’t spend enough time with her husband prior to his cheating.

“Every season he would go on national TV crying and begging for her attention and personal time. At the end of the day if you made a vow to this man, you’re supposed to be there. You know what it takes to nourish your marriage,” she claimed. “I would watch Jackie take vacations to France. I would never go to Paris without my husband. You have to make a certain decision as a wife to guard your marriage.”

In a 2017 interview with The Grio, Toya claimed that her comments were taken out of context and that Jackie had actually asked her co-stars for their feedback. “Of course I said a lot more than what was shown. They don’t show you everything,” Toya told the outlet.

Speaking to The Real Housewives of Atlanta star and Xscape singer Kandi Burruss on Kandi Koated Nights (per Bravo’s The Daily Dish), Dr. Jackie Walters got very candid about a dark time in her life after she found out about her husband, Curtis Walters’ affair. She revealed she discovered his infidelity through a gossip blog, which she read on her iPad while at work.

“Initially for me, I felt homicidal,” she admitted of the moment she found out, recalling that she had to continue seeing patients throughout the day while dealing with the devastating news. “You still take care of the patient if you’re like me and you do what you got to do and you go, ‘Okay.’ You’re traumatized initially but I think as a professional, you got to keep doin’ what you got to do.”

Walters also shared what she felt contributed to her husband’s infidelity, saying she believes his “public persona” on reality TV as a professional basketball player “totally adds to it.”