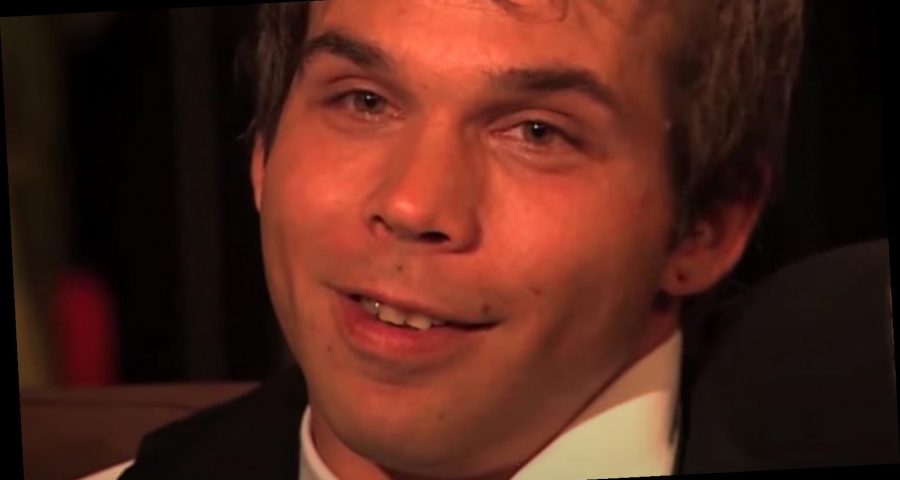 Jeremiah Raber has had a tumultuous foray into the spotlight since becoming one of the original cast members on Breaking Amish when the series first debuted on TLC in 2012. Jeremiah appeared with the rest of the Breaking Amish cast, including Abe and Rebecca Schmucker, Kate Stoltz, and Sabrina Burkholder, who he dated on the show. The cameras followed them to the Big Apple, where they saw what life was really like in modern day America. The five then had to decide if they wanted to permanently ditch their Amish and Mennonite lifestyles, which all of them decided to do.

Jeremiah earned quite a reputation on reality TV for being the bad boy of the series, having appeared on the original show as well as its spinoffs Breaking Amish: Brave New World and Return to Amish. His rocky relationships and outspoken social media activity have made for serious tabloid fodder over the years, but what don’t you know about the controversial reality star ahead of his return for Return to Amish Season 6? Keep reading for the untold truth.

Jeremiah Raber had a difficult childhood

Though fans of Breaking Amish and its spin-offs will know Jeremiah Raber was adopted into an Amish family, they may not know the tragic details of Jeremiah’s life before and after he found his new family. In a very candid post on his Facebook page in July 2015, Raber shared that he was “taken” from his biological mother when he was nine months old and was adopted when he was one and a half. He shared how he never really acclimated with the Amish lifestyle and found being a part of the community difficult.

“I never really lived by [their] rules since I knew I wasn’t meant to be Amish. Don’t get me wrong they do have good things going on. Then just because I didn’t live up to their expectations my adopted mom looked me straight in the eyes and told me 3 different times she doesn’t know why she adopted me,” he wrote. Jeremiah also shared that he became estranged from his adopted family around 2012 and wrote that he had not spoken to them too much since.

You can keep up with Jeremiah Raber on social media

Despite living a life devoid of technology until he became a young adult, Jeremiah Raber has embraced social media. In October 2017, he went on a bizarre rant against his then estranged wife, Carmela Mendez, in which he accused her of allegedly stealing $16,000 from the sale of their home and leaving him. In a video posted to Facebook, which has since been deleted, Jeremiah said (per In Touch Weekly), “We sold the property, cashed the check this morning, she put it in her purse, and when I got out to go pay [the] electric bill she took off.” He later changed his story in a video posted to YouTube (via Monsters and Critics) which has also been deleted.

Jeremiah has his own YouTube channel, which is still active as of March 2021. He has more than 8,000 subscribers and has uploaded plenty of videos since he started his account in November 2012, amassing over 389,400 views. “After more than 6 years on Breaking Amish/Return to Amish on TLC I decided to try vlogging. Join the Raber family,” his bio reads. His most popular videos include a clip uploaded in January 2018 with more than 15,000 views that shows him teaching the Pennsylvania Dutch language. Another, titled “My Wife Cheated,” was uploaded in July 2018 and has been watched over 12,000 times. It gives fans an insight into his life with Carmela while she revealed she’d cheated … on her diet.

Jeremiah Raber was arrested for domestic violence in April 2017 after getting into a verbal dispute with wife, Carmela Mendez. According to Radar, Carmela claimed her husband made “several threats to cause her harm” and allegedly had “several large bruises on her legs and arms” that she claimed Jeremiah caused. Speaking about his arrest, Jeremiah told the site that “the real truth will come out in the end,” and also alleged that he had been abused by Carmela.

In August of that same year, Jeremiah showed off his habit of getting very candid on social media again when he revealed in a Periscope video rant that he and Carmela were divorcing and claimed he’d kicked her out of their home. “I finally got smart. I finally did it. As of today, a half hour ago, I am single as f**k! … I’m done with her, no more,” he said, per Radar.

However, as of March 2021, the two still seem to be together and are both billed to appear on Season 6 of Return to Amish. On Feb. 11, 2021, Jeremiah shared a photo on Instagram which appeared to show them filming for the show in front of a green screen. “When you think nothing is possible, just know that everything is possible,” he wrote in the caption.

If you or someone you know is dealing with domestic abuse, you can call the National Domestic Violence Hotline at 1−800−799−7233 or TTY 1−800−787−3224. You can also find more information, resources, and support at www.thehotline.org.

Not much is known about Jeremiah Raber's relationship with his children

Jeremiah Raber has three children, but has a pretty unconventional relationship with them. Per Starcasm, he is dad to two daughters and a son, but doesn’t live in the same state as his kids as they live in Ohio with their mom, Jeremiah’s former wife, Naomi Stutzman. His children have only briefly been featured on the TLC show, and Jeremiah opened up about his life as a dad on Facebook in 2015, where he slammed claims he was a “dead beat.”

“Some ppl like to say I’m a dead beat but guess what. I’m caught up on child support so [I] can’t be one. No I don’t live in the same state as my kids at the moment but it’s for personal reasons. I’m hoping to be there in the future tho,” he wrote. He added that he was trying to be a better father for his children, which involved him cutting down on alcohol. “I’m proud to say I only drink occasionally now. I am doing my best to do the right thing now for my kids sake,” he told fans.

Before marrying Carmela Mendez in 2016, Jeremiah Raber was wed to Naomi Stutzman — and the two haven’t exactly shied away from airing out their dirty laundry in the wake of their split. In May 2019, he appeared to confirm he wasn’t on the best terms with his ex-wife and suggested they didn’t have much communication about their children after he confirmed his son was involved in an ATV accident.

In a Facebook post, which appears to have been deleted, Jeremiah publicly slammed Naomi for allegedly keeping him in the dark about their son’s accident. “You never bothered to tell me that my son was life flighted due to a UTV roll over that pinned him underneath. We had to find out 5 days later thru an anonymous caller!!!” he claimed (via Starcasm). He continued to share some less than complimentary sentiments about the mother of his children, adding, “You want to play this way?!?!? You got it. Listen you motherf**ers… now it’s my turn.” Fortunately, his son appeared to recover from the scary accident.

In January 2019, Naomi accused her ex of allegedly owing more than $10,000 in child support. Per Starcasm, Naomi shared a screenshot on Facebook in a fan group for Breaking Amish and Return To Amish which broke down the supposed sum he owed alongside the hashtags #CELEBSTATUS, #DEADBEAT and, #PROUDMOMENTTLC.

Jeremiah Raber has been hustling since his TV career began

In addition to appearing on Breaking Amish and it’s TLC spinoffs, Jeremiah Raber has a number of side hustles, including selling his own merchandise. He regularly plugs his website, Tee Spring, across his various social media accounts, where he sells a range of items featuring his own logo and inspirational quotes such as “Keep calm and stay positive.” Items up for sale include T-Shirts, cushions, and face masks, as well as a hoodie and sweater featuring the text “01 father.”

Per Starcasm, the reality star also previously had an eBay account where he sold a number of unique items. Though it appears to have been closed down as of March 2021 as no products are up for sale, he previously offered fans the chance to buy what was described as an “Amish Christmas box,” which included “an autographed photo” of himself and wife Carmela Mendez as well as “a few Amish things.”