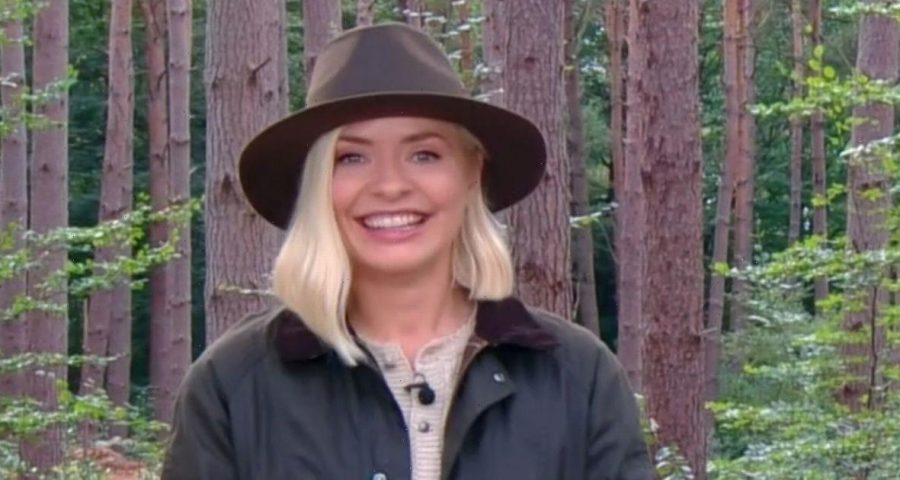 This Morning fans have been left baffled by Holly Willoughby's outfit as the show aired live from its own forest.

Earlier this year, the ITV daytime programme announced that it had purchased its own woodland as part of its "plans to really, really go green".

Holly wore a pair of Levis Jeans and a brown jacket, paired with a brown hat from Farlows UK for the occasion.

She completed the look with a Barbour jumper and boots from Grenson Shoes but This Morning fans were pretty confused by Holly's choice of garb.

Posting to Twitter, viewers questioned the 40-year-old presenter's attire, sharing their beliefs that it wasn't suitable for a forest.

One viewer wrote: "FFS Holly, nobody wears that in the forest."

Meanwhile, another confused fan said: "Probably first time Willoughby has even set foot out of the city."

"I bet Holly is freezing her t**s off," another concluded.

Before the episode aired, Holly had shared details of her outfit with fans on Instagram.

Posting to her 7.3 million Instagram followers, Holly posted an artistic image of herself posing amid the greenery while detailing her divisive look.

She captioned the post: "See you on @thismorning from the forest at 10am… #hwstyle jeans by @levis_uk jacket by hat @farlowsuk.

Holly and Phil were joined in the This Morning forest by James Martin, Julia Bradbury, Matthew Wright and Alison Hammond.

This Morning airs weekdays from 10 am on ITV.