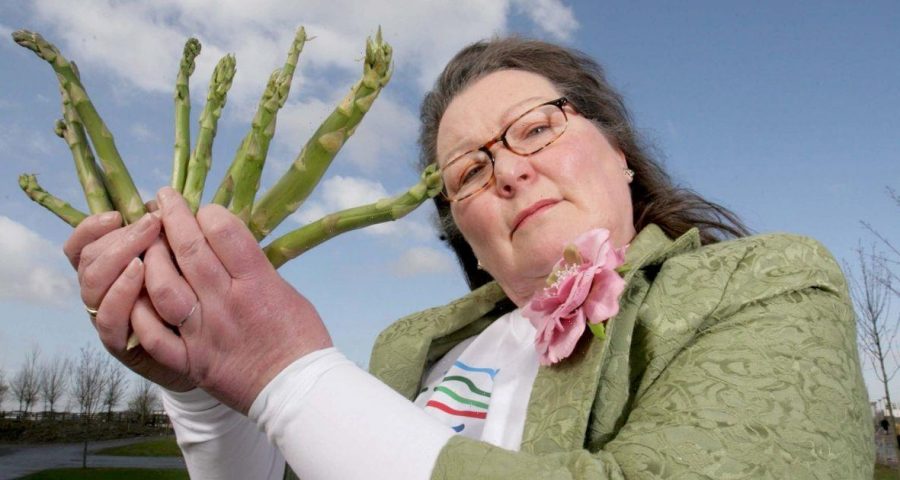 This Morning fans couldn't believe their eyes and ears after the ITV show booked some rather unusual segments for their morning programme.

They informed viewers of the upcoming segments and introduced Jemima Packington, a self proclaimed "psychic" who uses asparagus to predict the future.

After that, the topic turned to the morning's phone-in which failed to impress viewers.

The This Morning team requested that viewers phone the show to talk about "the law of attraction" and "manifestation," but fans on Twitter were far from eager.

A disgruntled viewer tweeted: "Asparagus psychic on This Morning. Whatever rubbish will they think up next?"

Another said: "Asparagus fortune telling and now manifesting from the universe. Yep, it’s Friday on This Morning."

One amazed fan added: "Another bonkers woman on the phone in."

More fans gathered to share their thoughts and called the Asparamancer "crazy," while another simply questioned "what [the show] has come to".

One said: "My asparagus has predicted I will turn this utter shite off very soon."

However, one viewer was concerned about "gullible" members of the audience who may end up falling for the act.

Jemima, who wore a white top and bright yellow jacket for her appearance on the show, stood beside Mollie and Craig as they eagerly awaited the response from the vegetables.

Mollie suggested a drum roll for suspense and banged on the table as the Asparamancer threw the veggies down onto a silver tray.

They made a huge bang and the presenters gasped as Jemima attempted to "read" what the asparagus had "predicted" about the upcoming Euros final.

Jemima Packington then explained: "Now, what I can see is a big 'L,' right there. That is [showing] an 'A,' there, which tells me that the Lionesses will triumph."

The studio erupted in applause and she continued to explain that the score will be a "very close 3:2 to the Lionesses".

Craig asked her whether she "can see any penalties being given," to which the "psychic" responded that she didn't, much to Doyle's relief.