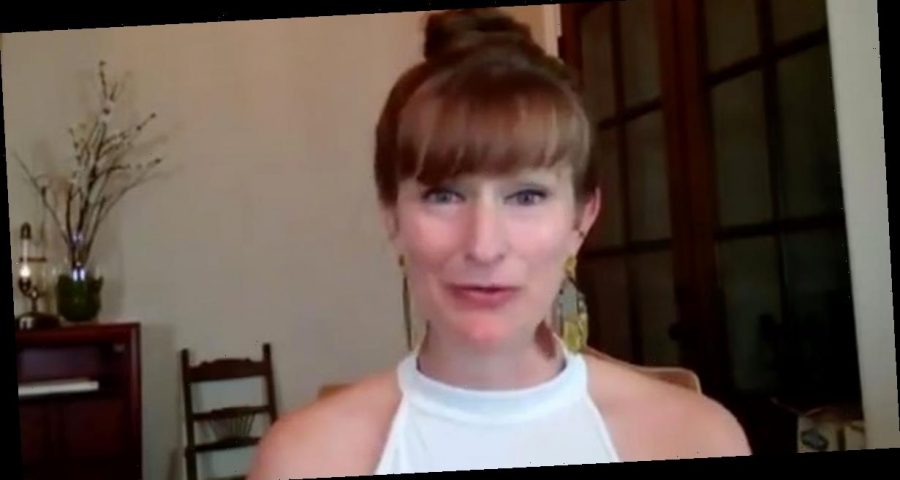 A woman who married herself after being ditched by her boyfriend says she is up for bringing another person into the marriage.

Meg Taylor Morrison said "yes" to herself last year after it all went wrong with her man.

The couple already had marriage plans and when things fell apart she refused to back down and miss out on her big day.

So she married herself in a non legal service in Atlanta, Georgia and she kissed a mirror after saying her vows.

Meg spoke about it on This Morning and admitted to Phillip Schofield and Holly Willoughby she may not be able to remain faithful.

"It started with heartbreak," she said. "My partner and I ended our relationship after three and a half years in the summer.

"I heard of self-marriages before and I always had a dream of getting married in Halloween 2020, so I thought why not.

"I decided to make it a commitment to self love. Any good relationship starts with having an appreciation of ourselves."

Holly then probed Meg about what would happen if she was to meet someone else.

Phil then teased "Then there will be three people in the marriage!"

Clearly having thought about it, Meg responded: "I don't think I will want to divorce myself but I would be open to marrying someone else.

"I feel I am better prepared for my next partnership."

Phillip mentioned how her mum wasn't behind the idea at first but he heard how she was quickly won over.

"She was concerned it would be seen as a bit egotistical and people would take it the wrong way," she said.

"But it was a chance to put people pleasing to one side and once she got the meaning of it, she was my biggest supporter."

This Morning airs weekdays at 10am on ITV