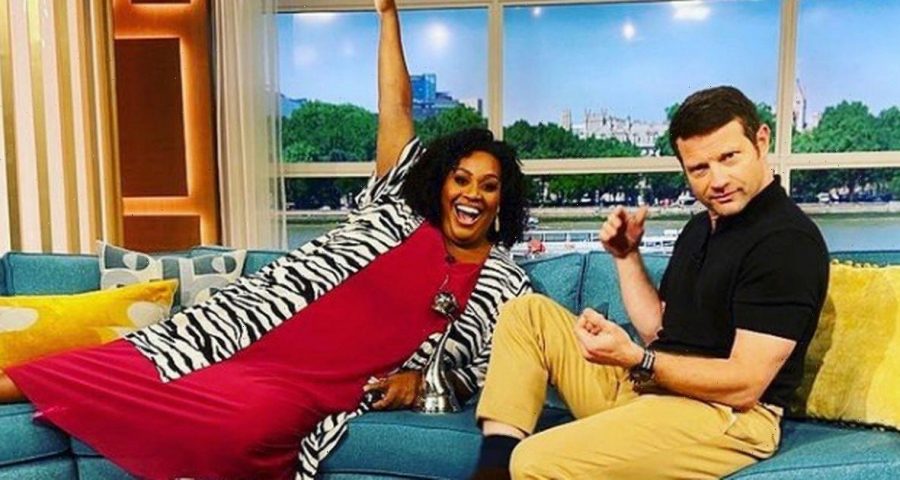 This Morning co-hosts Alison Hammond and Dermot O'Leary didn't get off to the best start when the pair began hosting together earlier this year – but they've since ironed out all their creases.

While the pairing now work well together on the Friday show after taking over from Eamonn Holmes and Ruth Langsford, it wasn't easy in the beginning.

Both Alison and Dermot have confessed to clashing in the early days, particularly as the pair met for the first time in 15 years when they worked together on the show.

Now, Alison has revealed exactly what it was that Dermot did in the beginning to irritate her, after both hosts confessed they needed to be blunt with one another to be able to get the job done. Speaking to Fabulous, Alison said: "It's the little things, nothing major. For example, he steals my lines and he doesn't keep up to speed with my life on Instagram eve though we host a show together!"

However, it's unlikely that will cause long term friction, as Alison confessed that the duo have developed a routine where they immediately tell the other that they're unimpressed.

Alison's confession doesn't come as a surprise following Dermot's revelation that filming with his co-host was "awkward" when they first starting shooting together.

He said: "We literally met for the first time in 15 years or so and that morning we presented two-and-a-half hours of live television together.

"The idea that there wouldn't be a period of getting to know each other is insane."

They certainly had growing pains when they were first put together, but it seems they've managed to work through their troubles and they're really smashing it together.

Fans have been loving the collaboration of Dermot and Alison, who take over from Holly Willoughby and Philip Schofield on a Friday.

They returned to screens last month following the summer break which saw Eamonn and Ruth take back their prime spot as daily hosts, and they definitely seem to have their double act down to a T.

Dermot has acted well as a presenter previously, with his time on The X Factor making him a fan-favourite.

However, he will not be returning to the iconic stage this year, with The X Factor calling time on the series after 17 years.