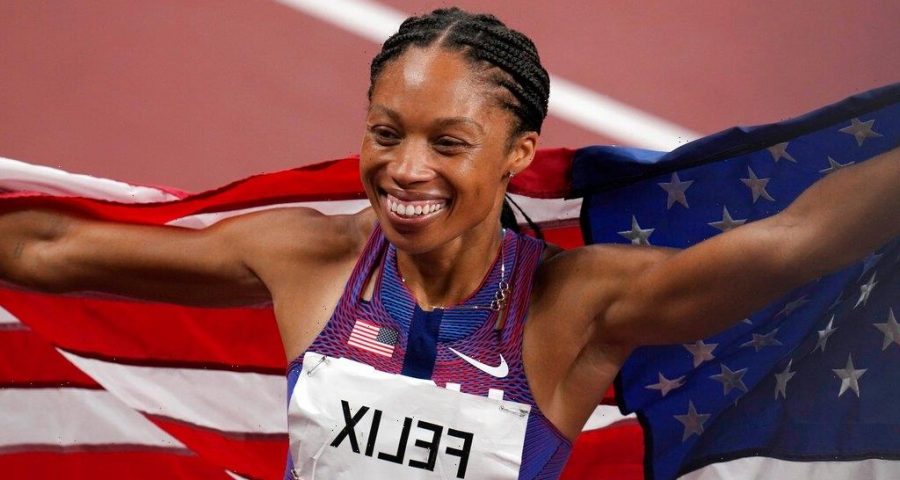 The US women’s 4×400 meter relay team blew out its closest competition, Poland, by more than three and a half seconds.

“For me, I just came out really at peace and wanting to soak it all in,” Felix said. “I think this is a really special team because we’re not 400-meter runners — I don’t consider myself a 400-meter specialist. We all do different things, and it was really cool to come together to get to close out the Olympic Games and for me, my Olympic career in this way.”

Felix, now in her fifth Olympics, used her platform to advocate for  better support for athletes who are moms.

“There have been so many women before me who had to stay silent about their fight, and so for me to be able to step out … I think my daughter gave me the courage to do that,” she said. “This has been going on for far too long, I hope we’re really changing things now.”