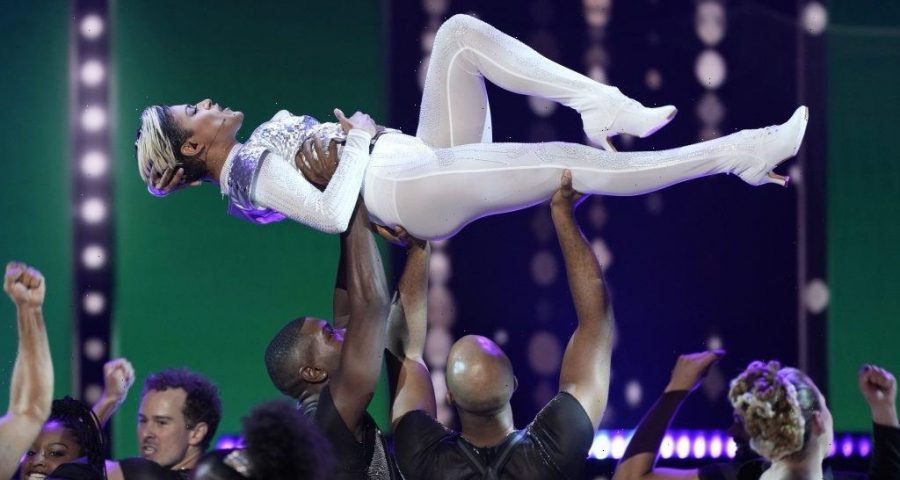 The 75th Annual Tony Awards signified a return to normalcy for the Broadway community by airing in the show’s traditional June berth for the first time in three years. The three-hour telecast, airing live on CBS coast-to-coast for the first time and streaming on Paramount+ and the CBS digital platforms, drew 3.86 million viewers in the time zone-adjusted Nielsen ratings.

Compared to the 2021 Tony telecast, an abbreviated two-hour ceremony titled The Tony Awards Present: Broadways’ Back (2.77 million), which aired in late September against Sunday Night Football on the East Coast and season premieres on the Big 4 networks, last night’s affair, which faced Fox’s Duncanville as the only original regular competition on the major broadcast networks, was up +39%.

Vs. the last traditional, three-hour June edition of the Tony Awards in 2019 (5.40 million), which faced a big Stanley Cup game on NBC, last night’s show was down -29% to rank as the second least watched ceremony only behind the 2021 telecast.

Still, underlining the diminishing returns of broadcast TV, the Tony Awards was the second most watched program last night, only behind its lead-in, a 60 Minutes rerun (5.3 million).

The Lehman Trilogy, Company, A Strange Loop, MJ, and Take Me Out were among the big winners at the 2022 Tony Awards, which delivered its most viewed live-stream ever, up 30% year over year across Paramount + and CBS platforms.

The Tony Awards had a strong showing on social media, with #TonyAwards trending in the top 10 in the US for 12 hours, and #TonyAwards2022 both peaked at #1.