The entrepreneur died in a house fire in Connecticut 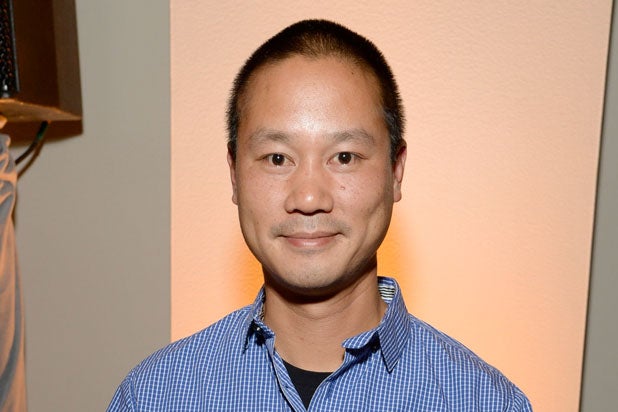 Puoy Premsrirut, a lawyer for Hsieh, told the Las Vegas Review-Journal that Hsieh died “due to complications from injuries sustained in a house fire” in Connecticut.

Hsieh joined the Las Vegas-based startup Zappos — then known as ShoeSite.com — in 1999 and helped grow it into an online retail giant. In 2009, Amazon acquired the company for $1.2 billion. Hsieh remained as CEO until his retirement in August of this year.

The son of Taiwanese immigrants, Hsieh graduated from Harvard University before embarking on a successful career as an entrepreneur, venture capitalist and civic leader.

Prior to joining Zappos, Hsieh co-founded the online advertising network LinkExchange, which he sold to Microsoft in 1998 for $265 million.

While at Zappos, he also became a leading figure in public and private efforts to redevelop downtown Las Vegas. In 2013, he moved Zappos’ headquarters to the former Las Vegas City Hall building and pledged $350 million to other revitalization efforts.

Other tributes soon poured in for Hsieh.

“Tony Hsieh might be the most original thinker I’ve ever been friends with,” entrepreneur and venture capitalist Chris Sacca tweeted. “He questioned every assumption and shared everything he learned along the way. He genuinely delighted in making anyone and everyone happy.”

Andrew Yang, the internet entrepreneur and former Democratic presidential candidate, also offered his condolences: “I am stunned. Tony Hsieh touched so many lives and inspired so many entrepreneurs. His impact and legacy will go on and on.”

Pro skateboarder Tony Hawk added, “Tony Hsieh was a visionary. He was generous with his time and willing to share his invaluable expertise with anyone.”