Trigonometry begins on BBC Two tonight (Sunday, March 15) as a new series set to explore the nature of polygamy when a cash-strapped London couple invite a flatmate into their lives. The show features three major stars at its heart, as well as a number of other recognisable faces – here’s everything you need to know about the cast.

Who is in the cast of Trigonometry?

Thalissa Teixeira plays Gemma, an accomplished chef and cafe-owner who lives with her boyfriend Kieran in London.

Struggling to make ends meet, the couple invite Ray to live with them as the boundaries of their relationship become increasingly complicated.

Teixeira is known for starring as Sylvie in The Musketeers as well as having small parts in Press and Fast & Furious Presents: Hobbs & Shaw.

Speaking at a recent screening of the series, she told Express.co.uk and other media about what drew her to the role.

Teixeira said: “I fell in love with Gemma when I read her on the page. There’s something about her being a chef that’s such a great currency of love.”

She added: “I rarely see many stories about being mixed-race on screen and that was really vital to show that.” 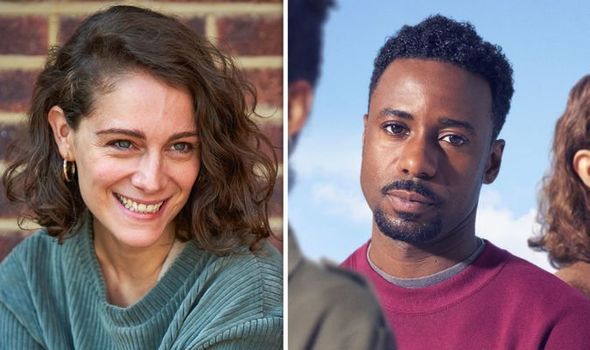 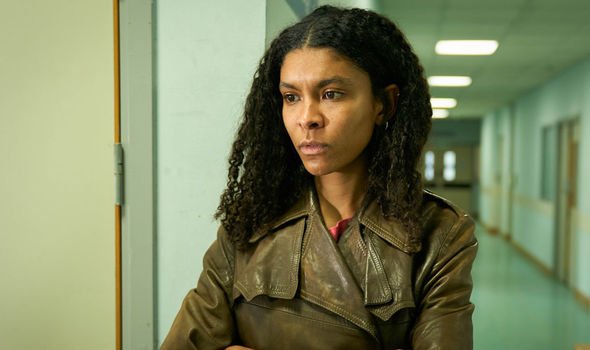 Gemma’s boyfriend Kieran is played by Gary Carr, who works as a paramedic in West London.

At the screening, he said of Kieran: “I just found him to be super open but also very selfless, I thought that was really beautiful to see in a male character.

“All this toxic masculinity that you usually see on screens with characters, that didn’t apply to Kieran.”

Carr first broke through with his performances as Jack Ross in Downton Abbey and Fidel Best in Death in Paradise.

He has since gone on to star in The Deuce, Modern Love and The Good Fight. 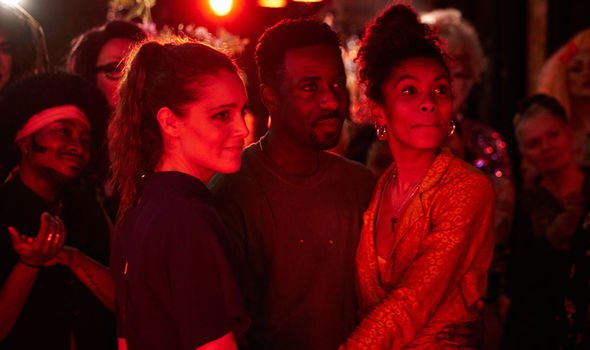 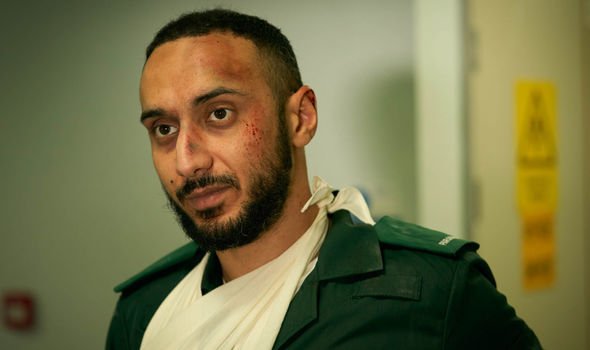 Ariane Labed plays the couple’s new flatmate Ray who is a former Olympic synchronised swimmer looking to start a new life in London.

Greek-French actor Labed has appeared in a number of major films including Attenberg, Mary Magdalene and The Lobster.

Speaking about her character, she said: “I really like the idea that in Ray’s situation, she just finished a career.

“It’s a weird age to do that but she’s brave enough to start all over again and to move out of this world she comes from.

“I really love that we acknowledge the fact that it takes a lot of courage to do that.”

Ray’s best-friend Moi is played by Isabella Laughland, who is in the synchronised swimming team with her.

Laughland will be recognisable to viewers from her time playing Leanne in the Harry Potter saga, as well as appearing in Chimerica and Black Mirror.

Aymen Hamdouchi plays Kieran’s co-worker Chris who is also a paramedic for the London Ambulance Service.

The actor has appeared in The Last Post as Nadir Hakim as well as in The Night Manager and Babylon.

Razia is an acclaimed actor and writer, known for her BBC sitcom Hounslow Diaries, as well as appearing in This Way Up and Murdered by My Father.

Anne Consigny stars as Ray’s mother Mathilde in the series, who helps her move to London.

The French actor has appeared in a number of television shows, including After the Crash, Hippocrate and The Returned.

Trigonometry begins on BBC Two on March 15 at 10pm.