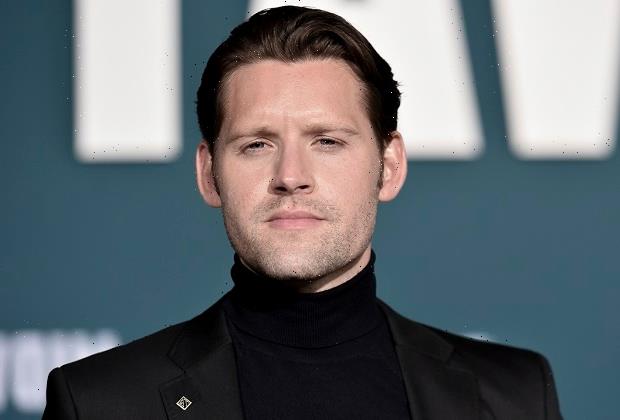 FBI: International has tapped a former Bones squintern to lead its unit. Luke Kleintank will star in the upcoming CBS series as the Head of the International FBI Fly Team, our sister site Deadline reports. The actor played Finn Abernathy on the aforementioned Fox drama and Joe Blake on Amazon Prime’s The Man in the High Castle.

Additionally, Heida Reed (Poldark) has joined the FBI spinoff as second in command, while Vinessa Vidotto (Lucifer) will portray a green-but-eager member. The unit travels the world with the mission of tracking and neutralizing threats against American citizens wherever they may be. Not allowed to carry guns, the Fly Team relies on intelligence, quick thinking and pure brawn as they put their lives on the line to protect the U.S. and its people.

The offshoot is slated to premiere this fall as part of a three-hour crossover event with FBI and FBI: Most Wanted.

* Katie Lowes (Scandal) will star in CBS’ original holiday movie Christmas Takes Flight in which “a battle of wills between pilot Jenny Beckett (Lowes) and Matt Connor (Awkward‘s Evan Williams), a number-crunching CEO who purchases Jenny’s family-owned, regional airline,” according to the official synopsis. “Matt’s cost-cutting initiatives threaten Christmas when he cancels the airline’s annual holiday charitable benefit for underserved children. Determined to show Matt that the sweetest things in life are worth any price, Jenny rallies the community to help save the event and unexpectedly finds herself falling for the magnate in the process.”

* The prequel series The Witcher: Blood Origin has cast Sophia Brown (Clique) as Éile, an elite warrior blessed with the voice of a goddess, who has left her clan and position as Queen’s guardian to follow her heart as a nomadic musician. Brown replaces Jodie Turner-Smith, who exited the role due to scheduling conflicts.

* HBO has renewed the late-night talk show PAUSE With Sam Jay for Season 2.

* Netflix has released a trailer for Love Is Blind: After the Altar, a three-episode series that follows the lives of Season 1 fan favorites as they prepare for a two-year anniversary party for the Hamiltons and the Barnetts. All episodes drop Wednesday, July 28.

* HBO has released a teaser trailer for the limited series Scenes From a Marriage, starring Oscar Isaac and Jessica Chastain, ahead of its September premiere: