UB40 singer Duncan Campbell is recovering in hospital after suffering a stroke.

The 62-year-old is "up and about" and hoping for a "strong and speedy recovery", a statement shared on the reggae band's Instagram confirmed. 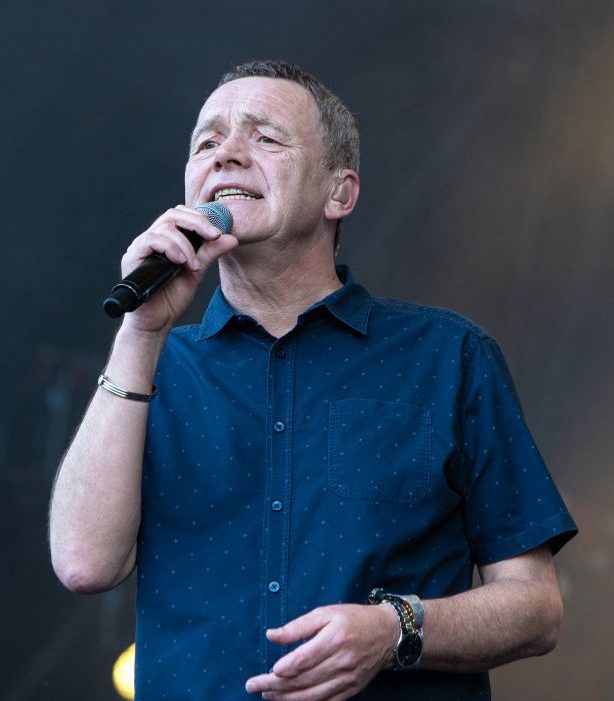 "Duncan Campbell was taken to hospital after suffering a stroke," the note began.

"While we can report that he is already up and about, we ask fans to respect Duncan and the Family’s privacy as he works his way back to what we all hope will be a strong and speedy recovery.

"We look forward to seeing you all on the road next spring. Big Love, UB40."

Duncan replaced his brother Ali Campbell as the lead singer of the British reggae group in 2008. 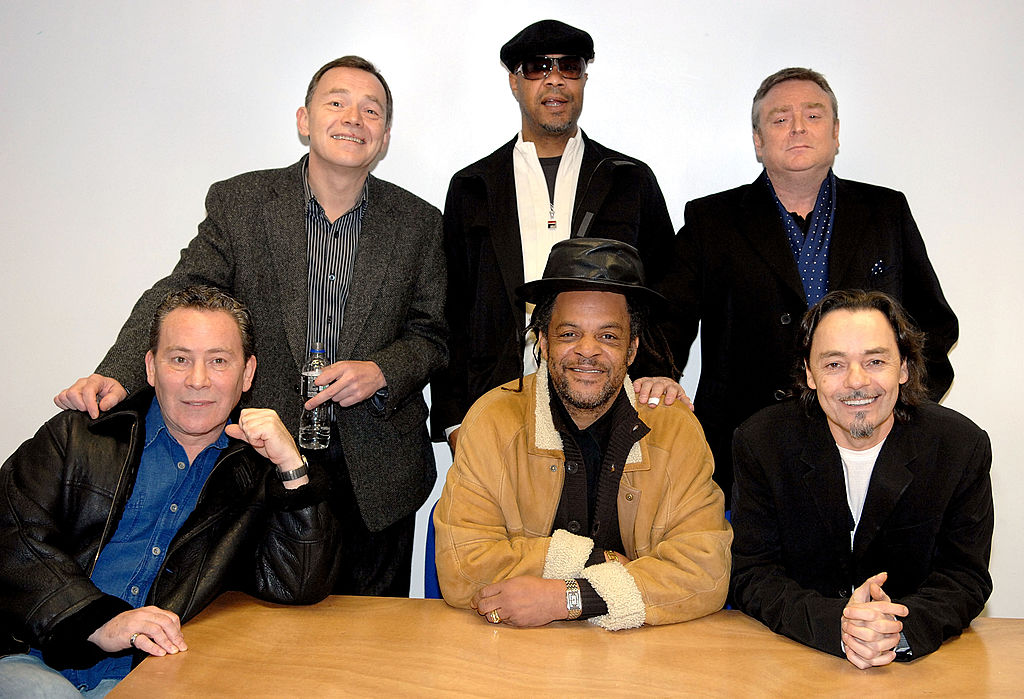 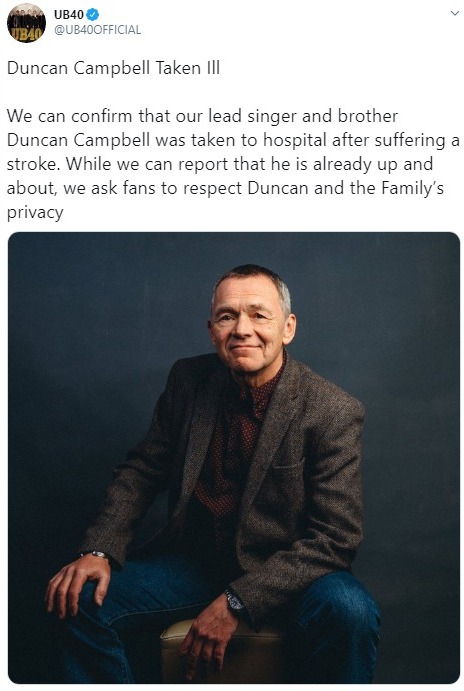 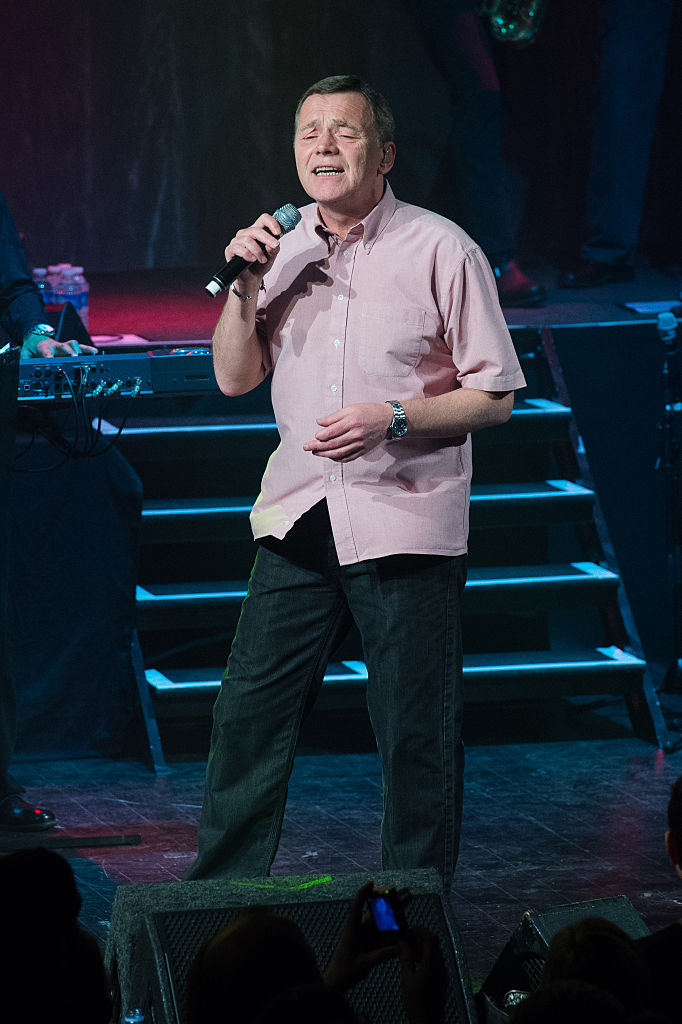 Most read in TV &amp; Showbiz

It came after Ali quit over a disagreement about management.

Duncan and his brother Robin Campbell, who's also in the band, have taken legal action against Ali because he tours using the UB40 name, the same name they use.

Meanwhile, Ali is said to be in talks to star in a UB40 film, which would tell his story of growing up in Birmingham and starting the band.

"I'm talking to Bill Curbishley, who manages us. He made Tommy and Quadrophenia [with The Who]," Ali revealed in May. 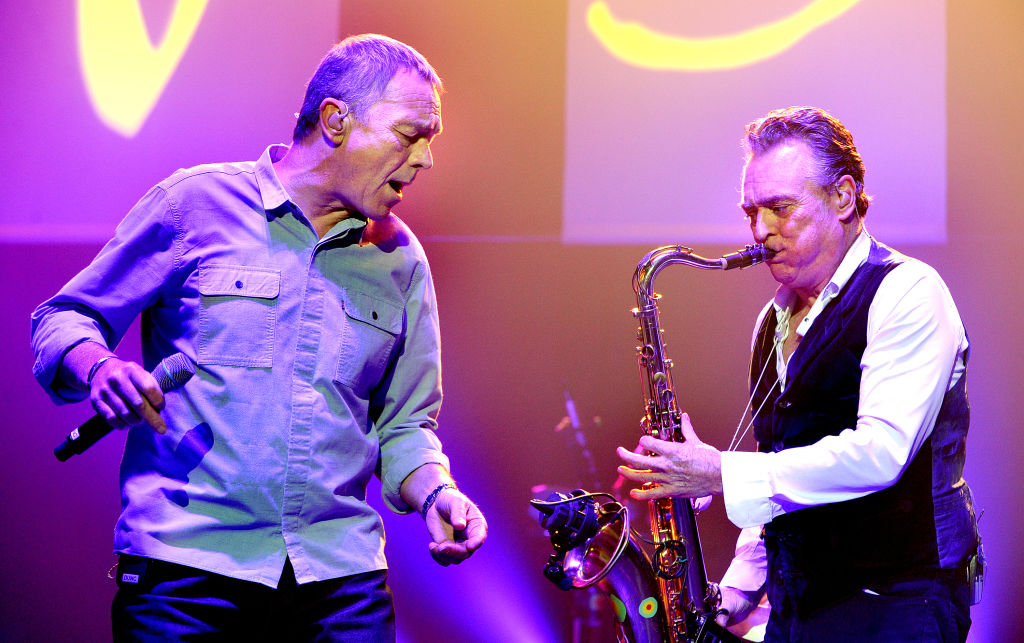 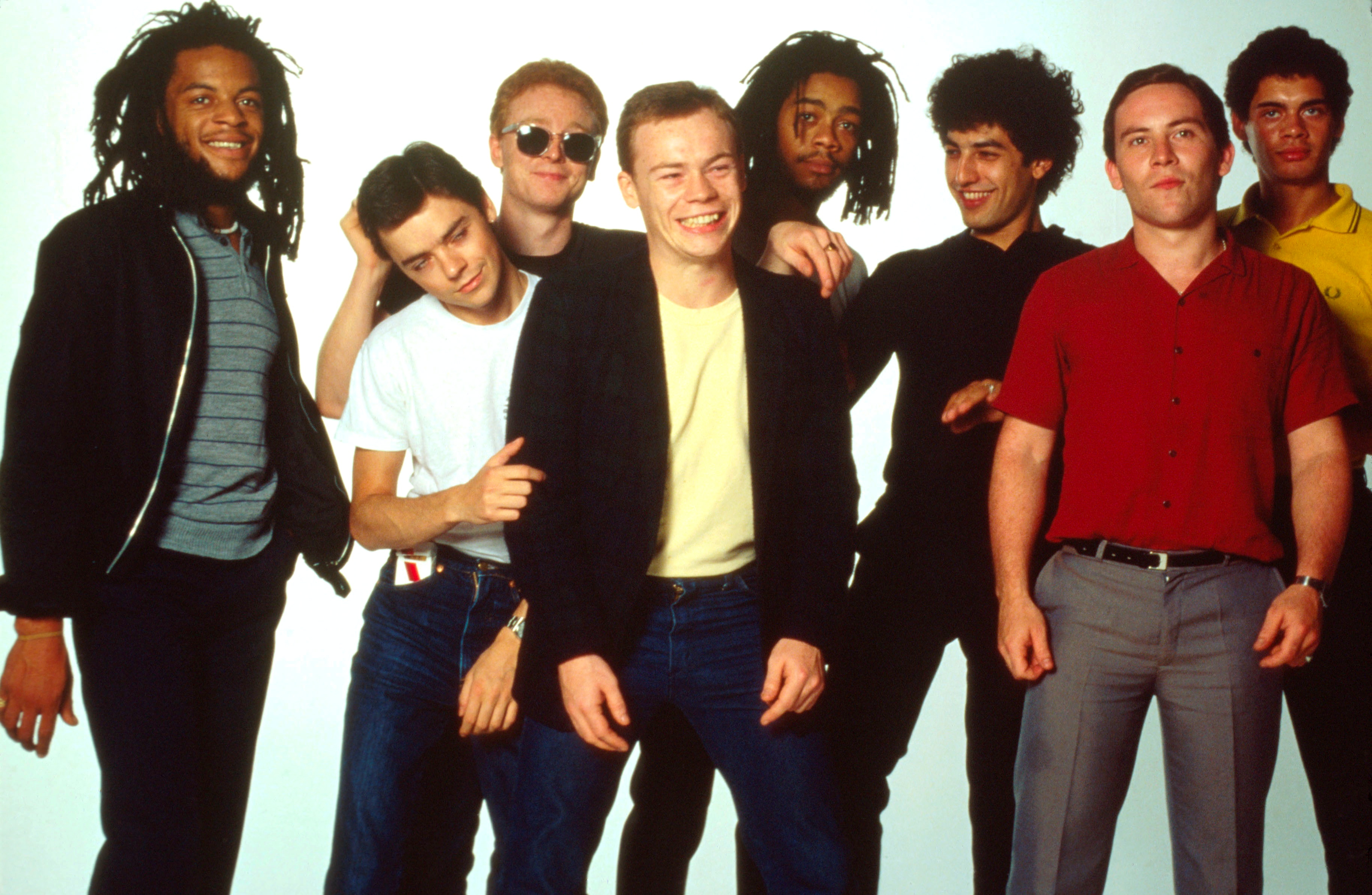 He added: "Everyone says, 'You have to make a movie because a lot of what has happened, you couldn't make it up – it beggars belief.'"