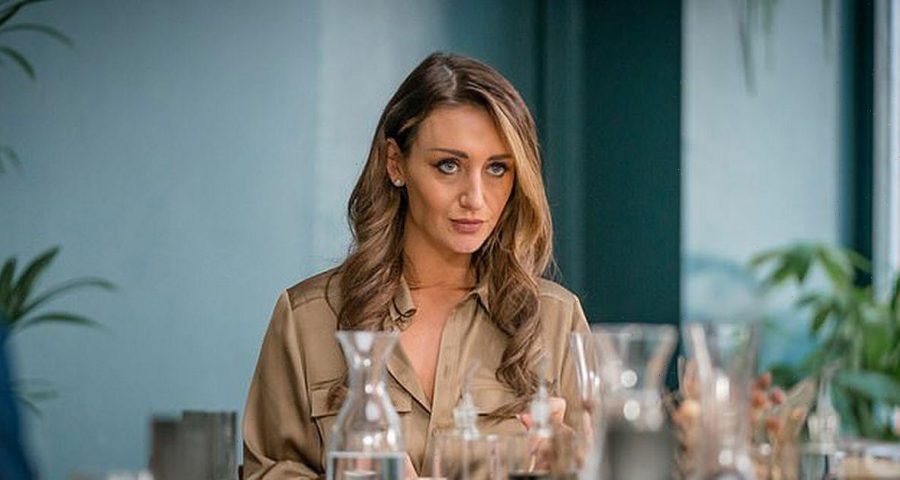 All discussion of ITV drama Viewpoint, which starred Noel Clarke, appeared to have been cut from an interview with Catherine Tyldesley.

The former Coronation Street actress sat down with Martin and Roman Kemp on their Weekend Best programme on Saturday – but there was no mention of her latest project during the interview.

Clarke, 45, starred alongside Catherine in the five-part drama, but the show was hurriedly pulled from schedules after he was hit with allegations of sexual misconduct, which he vehemently denies.

An investigation carried out by The Guardian saw Clarke accused by 20 women of various offences, including sexual misconduct and bullying.

Catherine, 37, has been appearing on various TV shows to promote the drama – which is her first major telly project since leaving the cobbles – over the past week.

Instead, the star was asked to compare herself to a TV show, and she opted for Mr Bean as she’s "quite clumsy".

Catherine also chatted about the play she’d written during lockdown, which has secured a TV pilot starring Jason Manford.

The play, entitled The Ceremony, is already on its second theatre run.

Meanwhile, one of Clarke’s Viewpoint co-stars Alexandra Roach was brave enough to break her silence on the allegations.

Sharing a broken heart emoji on Twitter, she wrote: "I see you. I hear you. I believe you.

"Thank you to the women for your incredible bravery in coming forward and helping to put a stop to this kind of behaviour in our industry.

"If I could stop working with sexual predators… that would be great," she penned.

"Sending a big hug to all cast and crew who worked so very hard on Viewpoint."

ITV rushed to pull Viewpoint from television schedules on Friday, with the show remaining on the ITV Hub until Sunday for viewers who wanted to watch the conclusion.

A spokesperson for ITV said: "ITV has a zero tolerance policy to bullying, harassment and victimisation and robust procedures in place to investigate and deal with any complaints.

"We strongly believe that everyone deserves to work in a supportive and safe environment.

"In light of the very serious nature of the allegations against Noel Clarke raised by 20 women in the Guardian’s report, ITV has decided it is no longer appropriate to broadcast the final episode of the drama Viewpoint on ITV main channel this evening.

"We are mindful that some of our viewers have already invested four hours of their time over the past four nights in following this thriller which was due to conclude this evening, and they have yet to see the final episode.

"As such we plan to make it available on ITV Hub tonight for a limited time for any viewers who wish to seek it out, and watch its conclusion."