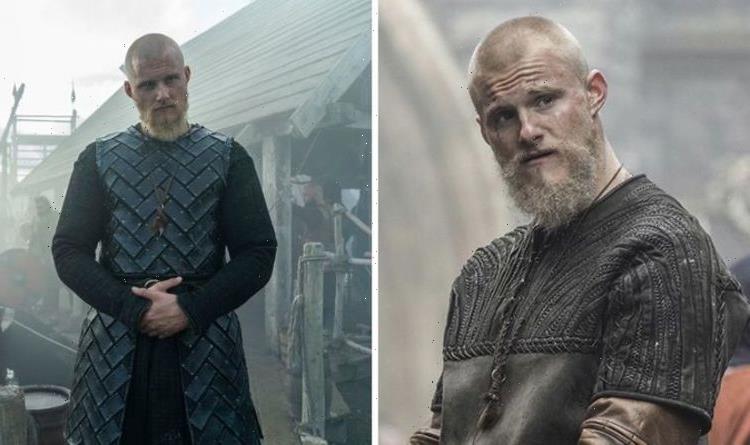 Before Björn Lothbrok (played by Alexander Ludwig) met his surprise demise in season six at the hands of his half-brother Ivar the Boneless (Alex Hogh Andersen). The History series originally foreshadowed his refusal to die back in season two.

Vikings was originally supposed to be a miniseries, however after it became a huge hit, network bosses ordered a second season.

Filled with teasers, It was in that instalment where Björn’s refusal to die was first foreshadowed.

Season one, followed legendary Ragnar Lothbrok (Travis Fimmel) with his crew on his quest as a fearless warrior.

Whereas, the following instalment focused on his sons and their own journey right until season six on their battles with power and betrayal.

After Ragnar’s death, Ivar and Bjorn’s rivalry became even more intense as they battled it out to become the leader.

Eventually, in the first part of season six, Ivar’s desire for power became villainous when he turned violent against his half brother.

During the battle, he pulled out a sword and stabbed his Björn through the stomach, however, tons of fans were left wondering if he genuinely died after it ended in a cliffhanger.

When Vikings returned for the final 10 episodes, the warrior was surprisingly still alive, despite being left for dead.

Despite his death being confirmed to the Rus people, he was able to ride a horse in full armour and face his enemy for the last time.

His appearance made them believe he was a spirit and to assess if he was truly dead, the Rus army captain, Ganbaatar (Andrei Claude) shot arrows, which ultimately killed him.

Although he was initially stabbed with a sword by Ivar, Björn was hard to kill and which was foreshadowed in season two.

Their plan was to invite the King to come up with a plot to get rid of Ragnar and Björn by turning everyone against Ragnar.

However, the plan backfired when Horik told Floki that Ragnar’s son: “is a difficult man to kill,” and suggested, “perhaps the Gods are protecting him.”

This later turned out to become true after Ragnar survived a handful of battles and attempts made on his life.

Eventually, when his death came about, he continued to prove to be hard to kill, as he was still alive even after being stabbed with a sword.

Horik’s prediction proved to be true and Björn making it out alive was one of the many instances which were foreshadowed in the series.

Although viewers were devastated at his death, the warrior remained tough until his dying breath.

Sadly in January 2019, bosses announced Vikings wouldn’t progress to the seventh season and after the finale aired, the series came to a close.

Vikings seasons 1-6 are available to stream on History.