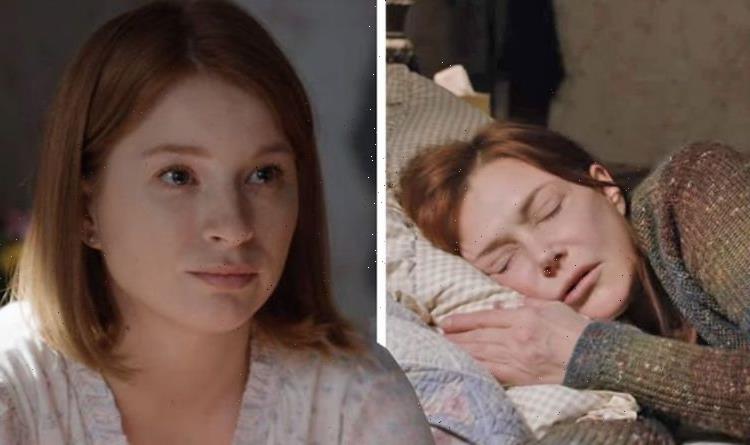 Virgin River promised a fire, death and marriage in season three and all were delivered. It was Lilly (played by Lynda Boyd) who sadly died in the show after suffering for a short time with pancreatic cancer. Everyone in the town, bar Hope (Annette O’Toole), said goodbye to the beloved resident but this may not be the end of the character as the actress who plays Lilly has said she could return.

In the most recent set of episodes, Lilly’s eldest daughter, Tara (Stacey Farber) was cast.

She visited the California town to help her mother look after her newborn, Chloe.

But during her time there, she noticed how tired Lilly had become, confiding in Vernon ‘Doc’ Mullins (Tim Matheson) to check up on her.

Everyone thought Lilly had some time on her side – perhaps not years, but at least months.

When Doc popped in one evening to check up on her, she invited him to stay for dinner and popped into her bedroom for a quick lie-down while Tara cooked.

When her daughter went to wake her, Netflix users saw Lilly had already died.

But there is a chance Lilly will feature in season four of Virgin River.

It comes after the actress who plays her spoke out about the possibility of appearing in flashback episodes.

“When I did have that chat that day with those producers, they said that the plan was to bring me back in flashbacks – like Mel’s husband, her dead husband,” Lynda explained.

“Nobody has said anything yet. As far as I know, Tara will look after Chloe.

“I’m pretty sure Annette [O’Toole] will come back as Hope. Nobody has any idea,” Radio Times published.

Lynda also discussed the scene where Lilly had to tell her friends about her health.

“All those women are my friends in real life,” she said.

“I’ve known Teryl (Rothery), who plays Muriel, since I was 14 years old.

“[She] and I used to take tap dancing lessons together, so standing up before them and telling them what a wonderful life I’ve had and how much it meant to me – they were all bawling,” the actress added.

From carrying their baby, to the fatal car crash and even a scene where they were on a sailing boat out in the ocean, he’s featured regularly.

Could the same happen for Lilly and her husband?

Virgin River seasons one to three are available to watch on Netflix now.