The third season of Virgin River has a number of loose ends to tie up for Netflix viewers, from the identity of Jack Sheridan’s (played by Martin Henderson) mystery shooter to Doc’s (Tim Matheson) health woes. And to tease how these and many other storylines will unfold, the streamer has released an action-packed trailer as well as confirming a funeral is on the way to rock the residents. Ahead of the premiere on July 9, the fandom is now convinced the funeral could be to say farewell to Virgin River local, Lilly (Lynda Boyd).

Lilly hasn’t had the easiest time of things since being introduced to Virgin River fans in the very first series.

After Mel (Alexandra Breckenridge) discovered an abandoned baby at Doc’s health practice, the entire town went on a mission to find its mother – all unaware it was Lilly.

In fact, the baby’s parentage would have remained a secret if it wasn’t for Mel walking in on Lilly breastfeeding the baby after hearing about the nurse’s struggles in feeding her.

Despite having left the baby – later named Chloe – to find a new home and loving family, Lilly was then rocked to discover Mel had contacted social services. 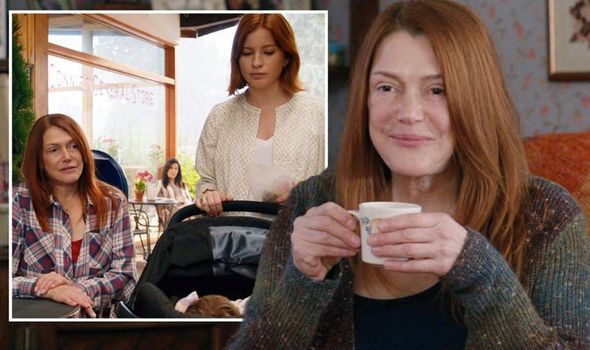 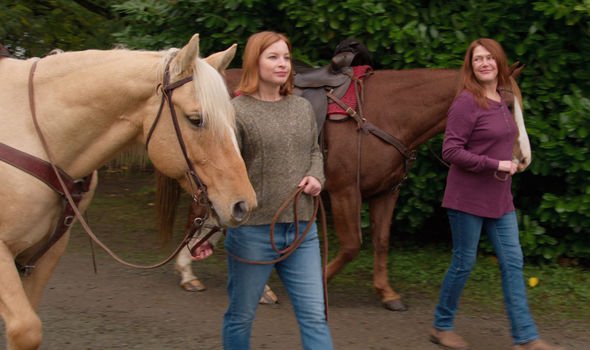 Soon after, Mel did her best to comfort Lilly after diagnosing the new mother with postpartum depression.

Lilly had been struggling to cope with the loss of her husband and, presumably, the baby’s father six months prior to Grace’s birth.

Despite Hope McCrea (Annette O’Toole) and Doc pushing back against Mel’s diagnosis and methods in taking the issue forward, she managed to help Lilly and eventually, Grace stayed put in Virgin River.

Ever since, Lilly has come on leaps and bounds, reintegrating back into the community with her pals and even standing up to Brady (Benjamin Hollingsworth) and drug kingpin Calvin (David Cubitt) after they tried to intimidate her into selling her farm. 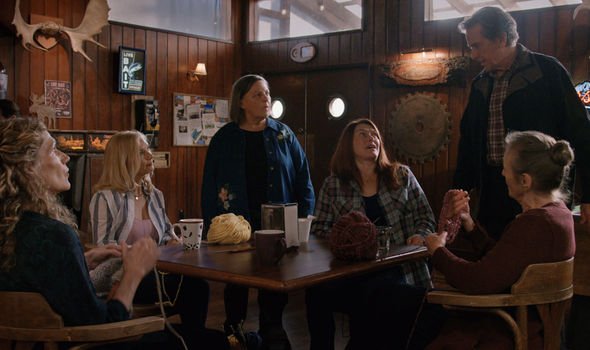 But in season three, a new fan theory has tipped Lilly to meet a rather grisly demise – and its gained plenty of backing in the fandom.

Putting forward the theory on Reddit, user AnaIMendoza explained: “My only 99.99% prediction is that the funeral that is mentioned on the description for the season is Lily’s. Jack and Mel are totally buying that property.”

And it’s certainly a possibility considering Netflix has already confirmed a funeral is definitely on the way.

It didn’t take long for several members of the fandom to agree after picking up on the clue too, with one replying: “I agree about the funeral.”

But this user also brought up another clue which could hint a huge storyline is heading Lilly’s way.

“They are bringing Lily’s daughter Tara as a new character so it would make sense,” they added.

Another fan also agreed: “Oooo good theory on them buying that property! I agree with you it will be Lily who dies, sadly.” (Sic)

So could Virgin River be teeing up the introduction of Lilly’s daughter Tara (Stacey Farber) for a pivotal yet heartbreaking plotline?

It would certainly explain why a new member of Lilly’s family is entering the fray, as well as solve the show’s “funeral” clue.

However, Lilly isn’t the only name in the frame to meet their demise in the third season.

Hope is notably absent from the trailer and Doc star Matheson recently revealed the character is going to be in “danger” which leaves the medical professional worried.

Given the fact Hope has already had a heart attack in the series, perhaps fans will be saying farewell to her instead.

Fans will have to tune in when season three arrives to find out who may die in the new series.