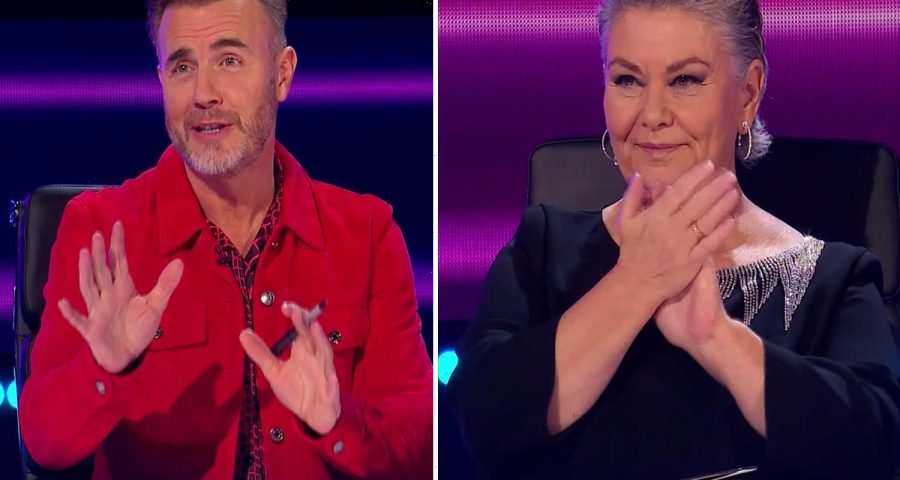 WALK The Line viewers were left laughing after spotting a similarity between judges Gary Barlow and Dawn French on Thursday night.

Fans took to Twitter to compare the singer and the comedian – noting how they had opted for the same HAIRSTYLE as they sat side by side. 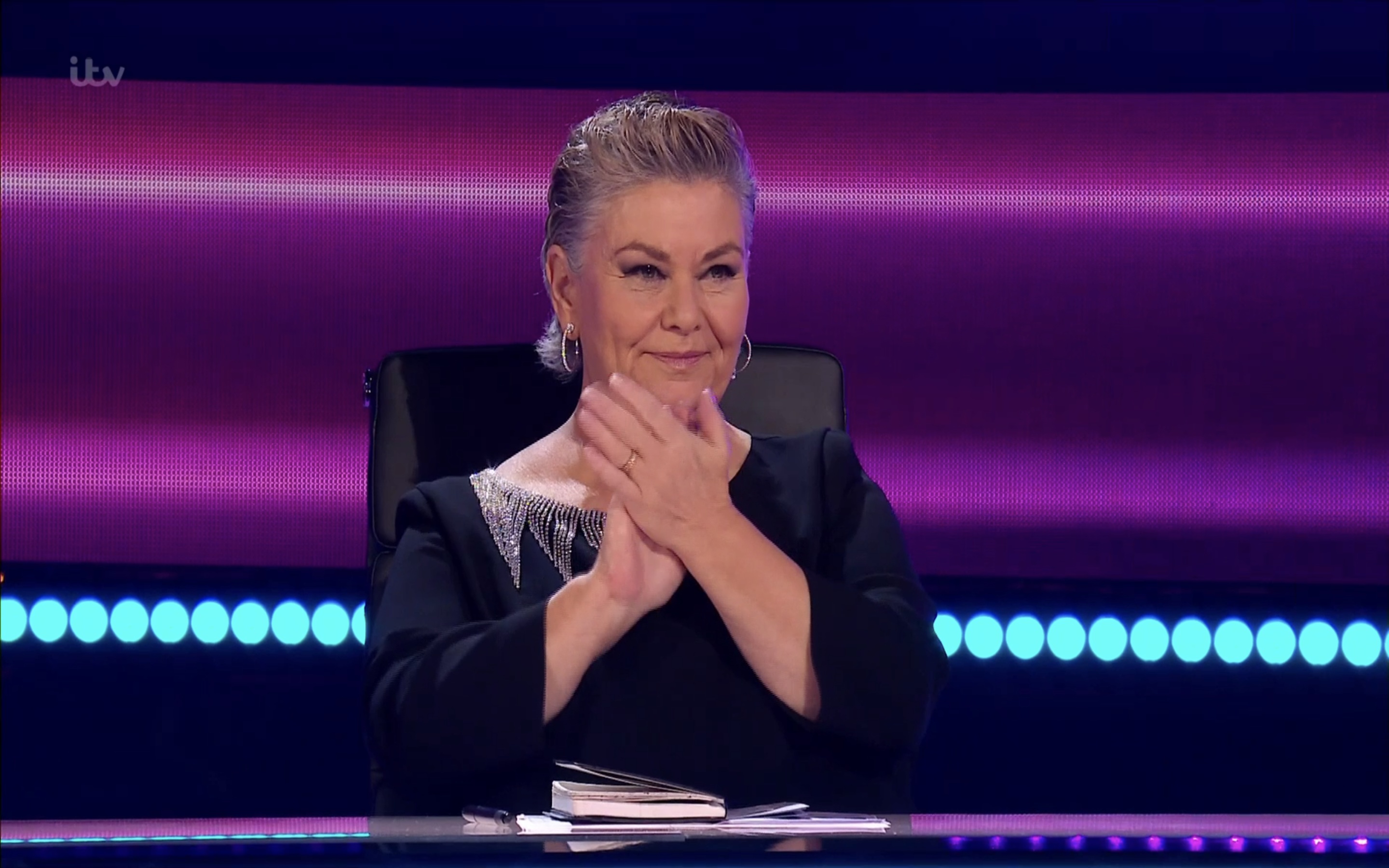 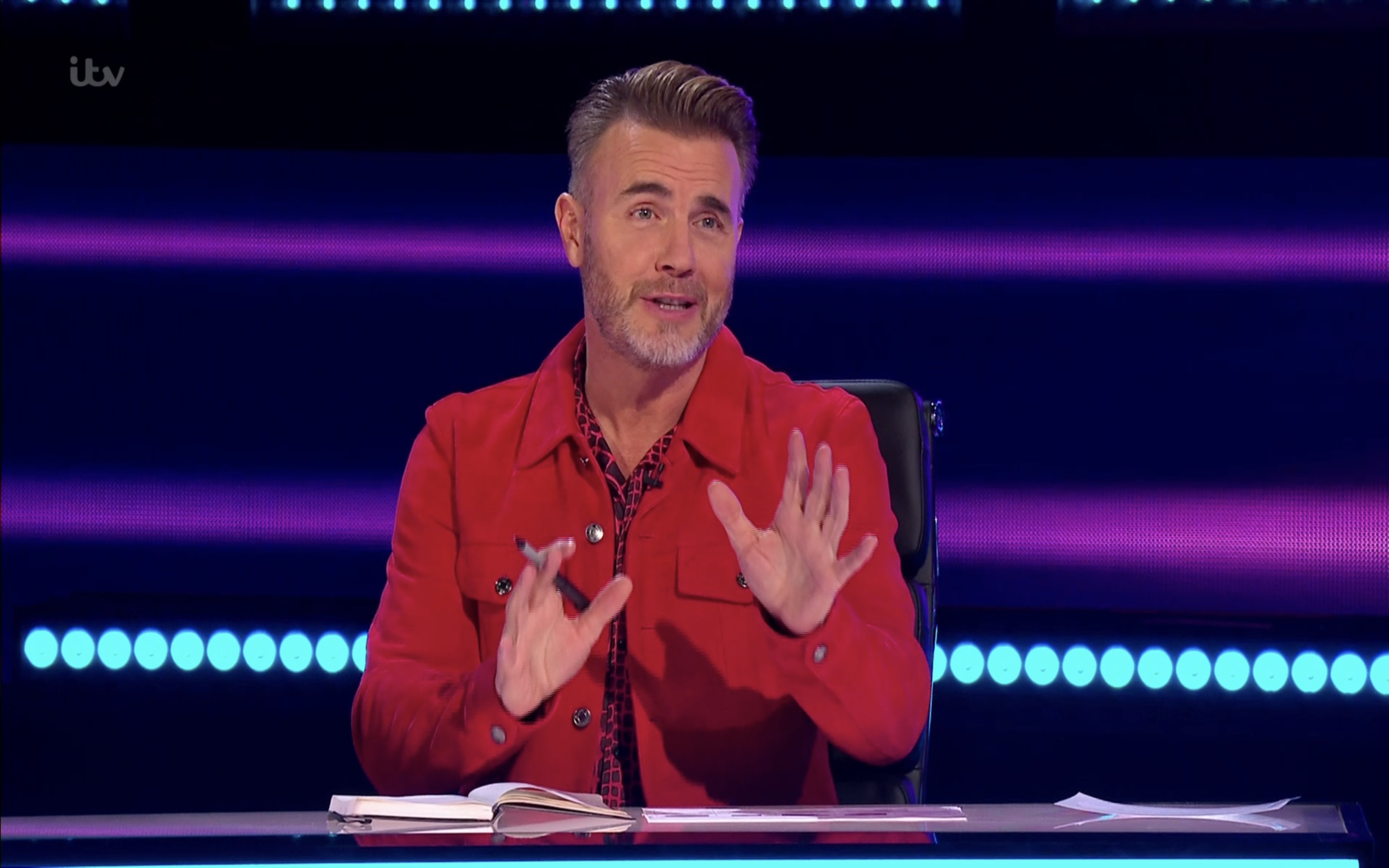 Take That singer Gary, 50, and French and Saunders star Dawn, 64, were joined by fellow judges Craig David and Alesha Dixon for the fifth episode of the new show.

Despite their outfits being very different, fans couldn't help but notice a strange likeness between the pair thanks to their similar hairstyles.

"Dawn French and Gary Barlow copying hairstyles," one fan wrote to Twitter – noting how both had slicked back their grey locks.

"I see Gary is copying your hair AGAIN," a second wrote to Dawn directly, after she posted a selfie of the judging panel smiling ahead of the show.

It comes shortly after actress Dawn left fans shocked after enjoying an X-rated exchange with a male contestant on Walk The Line.

The comedian got rude and began talking about 'her sex' while critiquing singer Daniel Arieleno on his audition on Tuesday night.

Daniel had performed the Bruno Mars hit Locked Out Of Heaven and Dawn was quick to relate the saucy lyrics to herself.

Dawn told Daniel: "I think you were referring to me when you said, 'Your sex takes me to paradise'. For that Daniel, I have to apologise because I didn't realise my sex was on show."

I had so much filler my face looked like X Box controller, says Molly-Mae Hague

Dawn's comments to Daniel came just 24 hours after she was 'inappropriate' with another Walk The Line hopeful, who took to the stage on Monday night.

The star blurted out that she wanted to "kiss" a musician called Youngr as she gave him feedback on his performance.

She said: "I applied the hip and lip test to you, which is…did you make my hips move? Yes you did. When it comes to the lips…"

Dawn then looked at her fellow judges and laughed as she told them: "Calm down, everyone. Calm down!"

The brainchild of Simon Cowell, Walk The Line sees musical acts – whether they be soloists, duos or groups – go head-to-head in front of the judges and the nation.

But to win the prize money, talent alone isn’t enough.

The contestants will need nerves of steel as they determine whether to cash out or physically Walk The Line and risk it all to stay in the competition.

The act that finishes at the top of the leaderboard each night then progresses to the next night’s show, where they will face a new line-up of performers.

The longer they can stay in the competition, the bigger the prize pot.