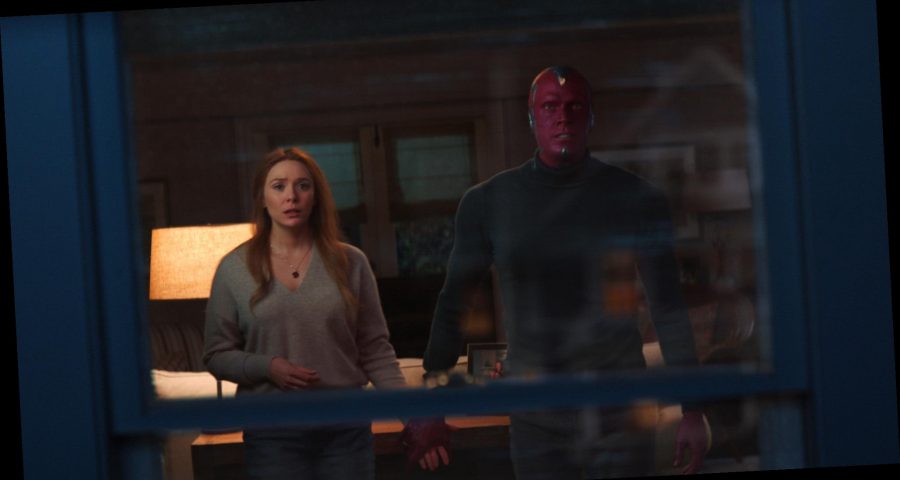 The WandaVision finale has come and gone and caused many a tear for fans. The whole season, actually, had heavy moments as it focused on Wanda Maximoff’s grief. It wasn’t blatantly obvious all the way through, especially not in the first three episodes which were strictly in the sitcom format. But as the season progressed, Wanda’s grief — the core of the story — was evident.

One line in the series stuck out to many fans in Episode 8. And it turns out that Paul Bettany felt that the scene needed something more, which prompted the writers and showrunner to create that line.  [Spoiler alert: Spoilers for the WandaVision finale ahead]. 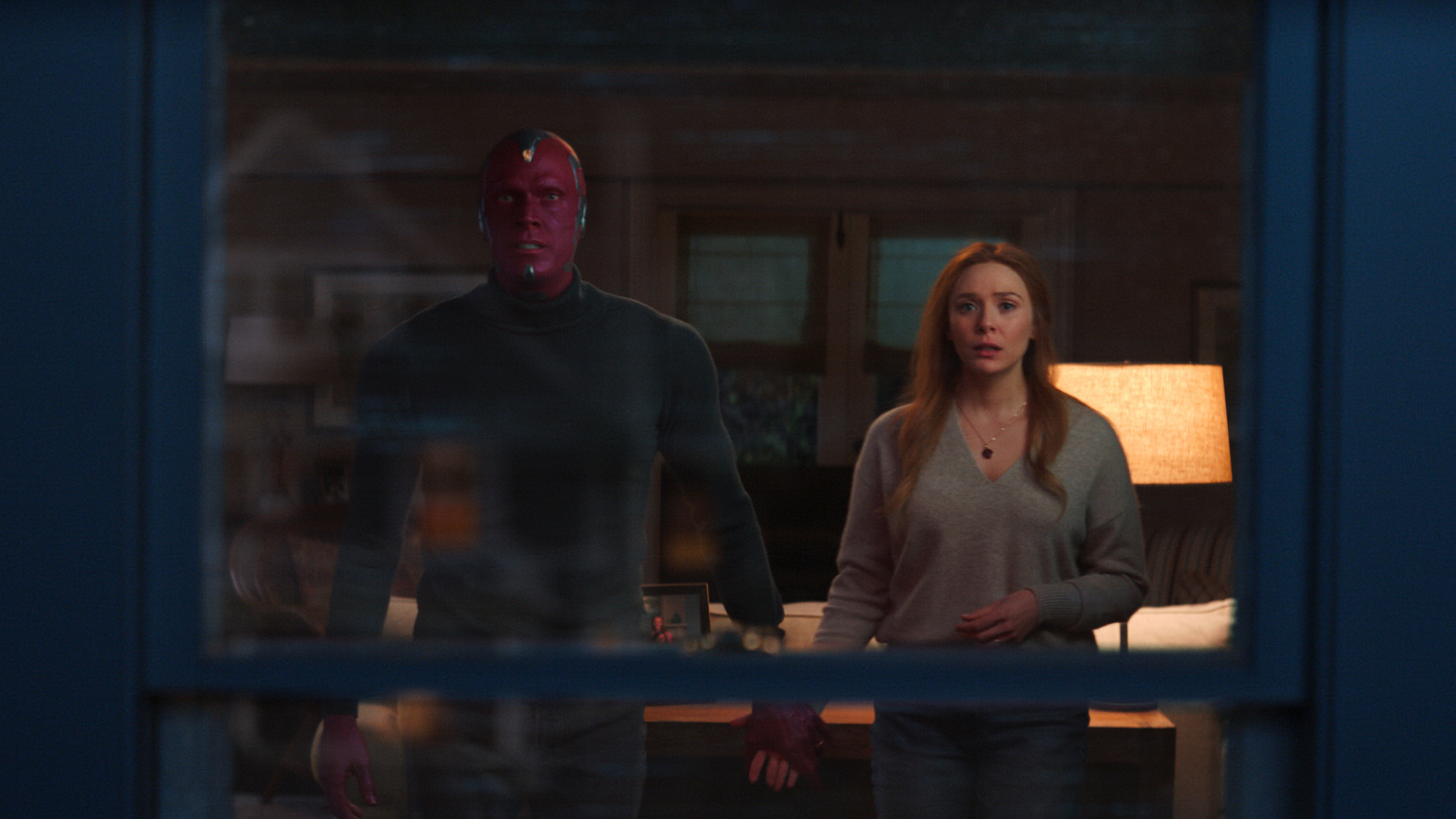 In Episode 8, “Previously On,” the viewers see the tail end of Agatha Harkness’ reveal. She’s a centuries-old witch and very powerful. She conducts a form of shadow magic throughout this episode, forcing Wanda to take a journey through her traumatic past.

This includes events like the bombing that killed both of her and Pietro’s parents, the experiments that she thought gave her her powers, and a very tender moment with Vision after Pietro died. During this last one, before Agatha forces Wanda to go to S.W.O.R.D., Wanda is mourning Pietro while watching Malcolm in the Middle. Throughout her life, viewers see that TV, notably sitcoms, are comforting to Wanda and are her escape from any troubles she’s facing. This, of course, makes the fact that she created her own with Vision after his death all the more tragically sad.

Vision tries to comfort her, but she’s also a bit angry and he seems powerless in a way he’s not used to. But at this moment, he does give her some comforting words while trying to understand her human emotions as a synthezoid who’s never experienced companionship, loneliness, nor grief. He tells her:

What is grief, if not love persevering?

And that quote really hit a chord with many people, creating a ton of noise on Twitter along with generating memes and more. Bettany was a big reason why that line exists.

In an interview with Esquire on March 5, Bettany talked about how Vision really started off just like that flashback showed, someone who’d “never had a loved one to lose.” But as time went on in the Marvel Cinematic Universe, Vision’s relationship with Wanda blossomed and he grew more into an empathetic being and of course, had a lot to lose. And that’s just what happened in Avengers: Infinity War.

But with that said, in this scene before all of that, Bettany still felt like what was originally in the script needed something.

“I just don’t think the scene in the Avengers compound is doing what we need it to do,” he told showrunner Jac Schaeffer at the time of filming. “I think it needs to be somehow about the purpose of grief and that grief isn’t all bad.”

A similar “profound” line exists in Avengers: Age of Ultron where Vision tells Ultron that “A thing isn’t beautiful because it lasts…” Even with an AI brain, he can deliver nuggets of gold. 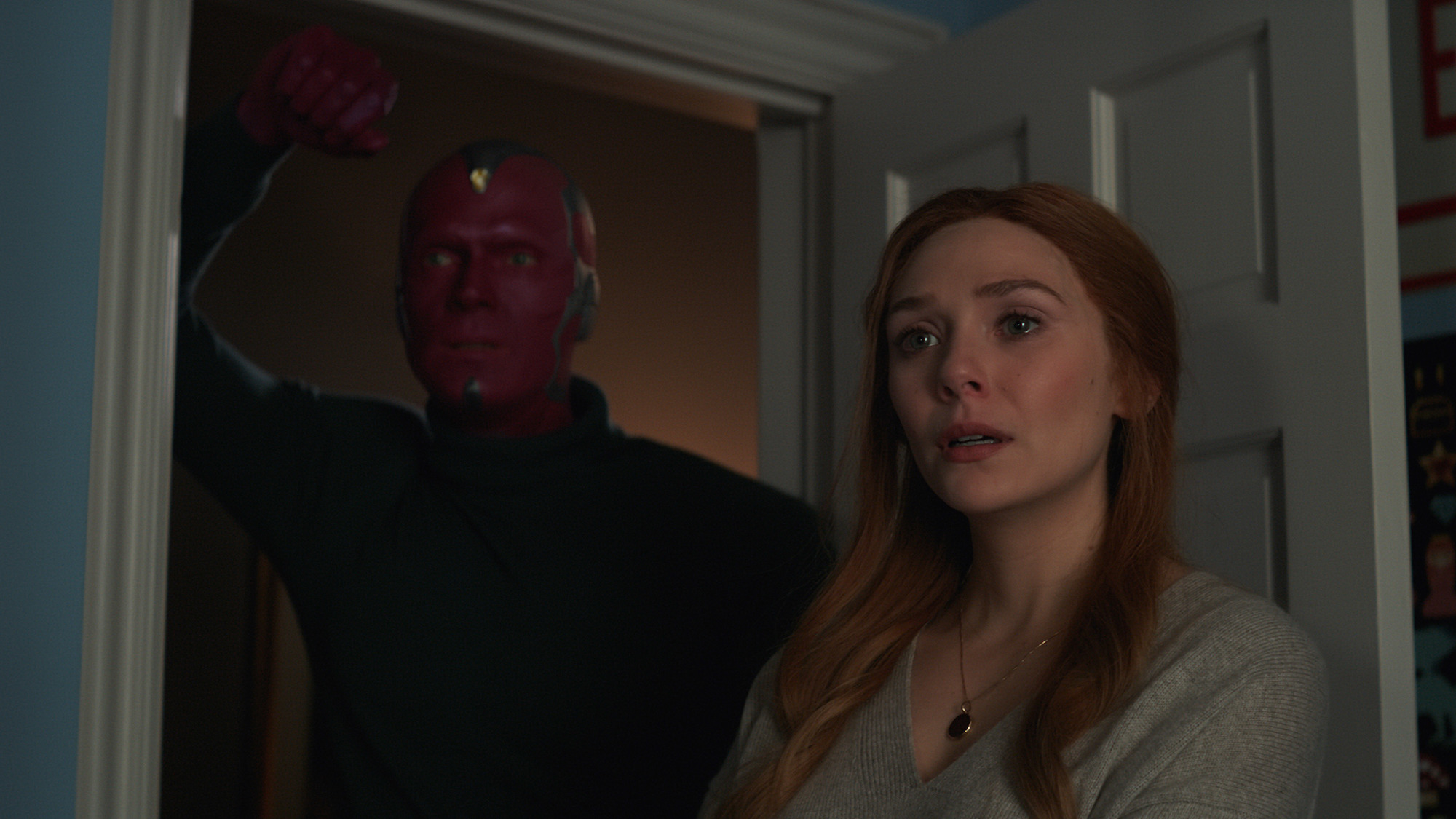 And just like it wasn’t all Bettany who created this line, he just suggested or insisted that something else needed to be there, it also wasn’t all Schaeffer either. In an interview with The New York Times on March 8, she first laid out the process that the writers’ room took to write the show about grief.

“We had a grief counselor come and speak to us. My initial pitch, the structure of the show was mapped to the stages of grief,” she said. “I did not know that that line would be a sensation, but it did feel at the time that it was the perfect distillation of the show.”

She noted that Laura Donney wrote the episode and after Bettany’s suggestion of a line that “in a very Vision way, would perfectly encapsulate a definition of grief,” they brainstormed a bit.

Schaeffer shared that she came up with, “What is grief but love surviving?” but it still didn’t feel right until her assistant, Laura Monti, provided the word “persevering.” And the rest is MCU history.

“We all believe that the line was born of the enormous amount of collaboration and unity on the show,” she said. “So many talented women, specifically, came up with it.