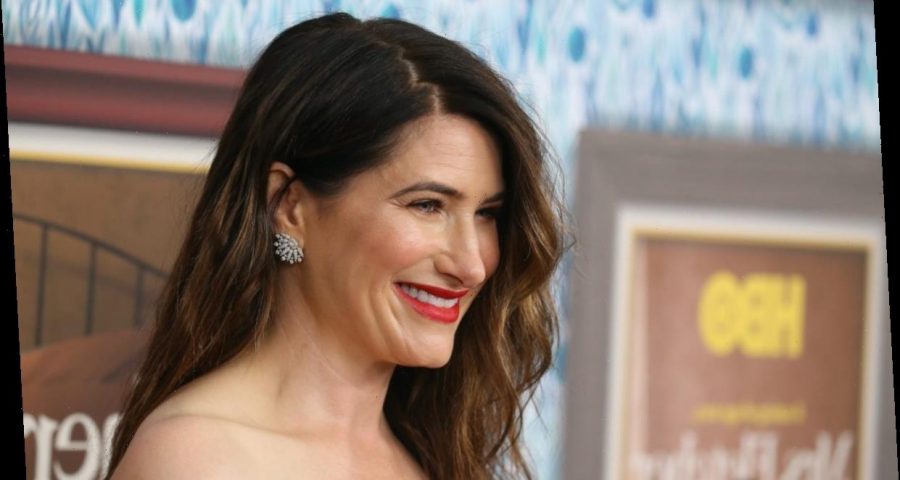 WandaVision has a lot going for it. It’s the first MCU series that directly ties into significant characters of the big-screen universe.

Furthermore, it helps to alter the tones that have gotten increasingly eclectic in recent years. With established stars Elizabeth Olsen and Paul Bettany leading the charge, however, the series’s biggest sell might be in the nosey neighbor, Agnes.

Who is Kathryn Hahn?

While not her first film, Hahn broke into the mainstream with the hit romantic comedy How to Lose a Guy in 10 Days. Before that, she was best known for her role in Crossing Jordan, which ran for six years and helped land her the roles that soon defined her. After appearances in The Holiday, Anchorman, and Step Brothers, her star began to shine even brighter.

Hahn has gotten steady work, much of it supporting roles in comedies, since her breakout. However, with appearances in Newsroom and other, more dramatic work, she’s shown herself to be just the kind of actress that the MCU loves to bring in. While she might not be the star of WandaVision, her brand of comedy and magnetic screen presence make her a delight to behold.

Hahn plays Wanda’s neighbor Agnes. While the extent of her role is still unknown, many believe her presence is a sign of things to come. However, Hahn speaks about Agnes as though she is another character in a long line of television neighbors.

“She’s the one that just kind of shows up and plops herself down on your couch without asking if she can come over,” Hahn told ScreenRant. “She gives so much advice, solicited or not, and she loves a good gossip session. She tries to help, whether she’s needed or not. You kind of see their friendship through all the different genres, which as an actor who doesn’t mind a wig, it’s been really fun.”

However, with so much chemistry with co-star Elizabeth Olsen, Hahn looked toward the quintessential television pairings from the past to help form a new one that the audience can sink their teeth into.

“I mean, Lucy and Ethel, of course. So many there. Yeah, Lucy and Ethel, [Samantha] and her mom in Bewitched, any of the neighbors that would just come in Laverne and Shirley. All of them; every single one you could possibly think of,” the actress told ScreenRant.

Agnes captures all of this thanks to Hahn’s ability to play the character. Whether quipping about her, as of yet, unseen husband Ralph or coming through to help Wanda make dinner for Vision’s boss, fans love Hahn’s work on the series and hope.

Fans on websites such as Reddit are already in love with Hahn’s hilarious portrayal. One fan on Reddit found her natural charisma, which audiences have lauded for years, with her passion for the project as a high point for the well-received series.

“Her enthusiasm in all the interviews is really infectious. She’s super excited for this part,” they wrote.

Similar praises were heaped Hahn’s way, not only on Reddit but on the many reviews of the series. Where Agnes goes from here is anyone’s guess. But after two episodes, she’s already a fan favorite for reasons quite different than the average Marvel discourse. Whether Agnes ends up being just a neighbor and a friend or a powerful being helping or hurting Wanda’s grief following Vision’s death remains to be seen.

Regardless, Hahn has added another memorable and hilarious role to a resume that’s already filled to the brim with them.