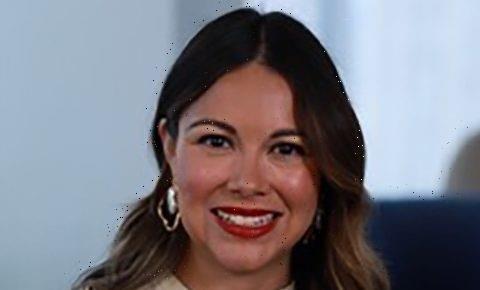 Success in the TV industry has long been measured by Nielsen. Now WarnerMedia wants to be judged by a different yardstick.

The owner of popular media outlets like HBO, CNN and TNT intends to offer its own audience-measurement data next year, with hopes of doing some deals based on its efforts in the 2022 upfront, Andrea Zapata, who oversees data, research and insights for the company, said in an interview with Variety. WarnerMedia is in the midst of conversations with 10 to 15 different measurement vendors, she said, and intends to work with media-buying agencies and specific advertisers to test possibilities in the first quarter.

“We are doing this because we believe that there has got to be a better alternative in measurement solutions, and we have a responsibility to our investments, to our clients and partners, and to counting the value of our audience — full stop,” said Zapata, who joined WarnerMedia in July.

WarnerMedia’s desire to stand up and be counted takes place as Nielsen’s efforts to measure audiences who watch TV using digital technologies as well as linear methods has come under intense scrutiny. The Media Rating Council, an industry body that ascertains the quality of audience measurement, has removed its accreditation for Nielsen’s national ratings system, which continues to be used by most media companies. But the decision has opened the door for many would-be rivals to try to create a new measurement method that advertisers and media outlets hope will be able to count viewers whether they consumer a show via broadcast or broadband.

The company also has obvious business reasons for seeking an alternative. WarnerMedia has put many of its resources into the launch of subscription based and ad-supported versions of the HBO Max streaming hub. The broadband outlet is expected to play a big role in the company’s looming spinoff from AT&T and merger with Discovery. David Zaslav — who is expected to lead the combined company by the second half of 2022 — has articulated plans that involve the new heft in streaming it will enjoy through control of HBO Max, Discovery Plus and CNN Plus, an as-yet unlaunched service expected to debut next year.

A hot-button issue for the past few years has been whether Nielsen can evolve its systems quickly enough to count viewers of shows on both traditional networks and new ad-supported streaming hubs in a way that makes advertisers confident in understanding who they reach, and networks feel they are begin paid for all the consumers they bring to a screen — no matter what kind it is. Nielsen and the TV networks have been engaged in a months-long joust over the quality of audience measurement being provided. The media companies pay Nielsen hundreds of millions in fees each year for its services.

WarnerMedia is also in talks with Nielsen about a renewal of its current measurement pact, Zapata said, which has in part spurred the company to seek out new options. “Nielsen has our past. They are definitely a part of our business as usual,” said Zapata. “They can earn a place in our future.”

A Nielsen spokesperson did not respond to a query seeking comment. In a letter issued publicly in September, Nielsen CEO David Kenny said the company understood “that we need to move faster in advancing our measurement because the audience itself is moving faster.”

WarnerMedia hopes to narrow its vendor pool to between three and five parties, says Zapata, and hopes to make a certain portion of its 2022 upfront ad inventory available for deals based on its new currency system, and then transact fully in 2023. The company isn’t just hoping to gauge reach and frequency of advertising exposure, but also how to tabulate audience behaviors, such as asking to receive a coupon or visit an auto dealer’s showroom. The company intends for advertisers to be able to compare its measurement system to that of others. Among the measurement companies WarnerMedia is in talks with are Comscore, iSpot, TVSquared, 605 and VideoAmp.

WarnerMedia isn’t the only media company trying to develop new tallies. NBCUniversal has since August been in discussions about building a new measurement concept. On Thursday, the Comcast-backed media conglomerate said it continued to evaluate more than 100 different companies and expected to contact “key potential partners after the start of the new year to begin a process to certify an initial set of companies.” Meanwhile, ViacomCBS has been working with VideoAmp to develop a new means of tracking the reach of advertising among linear and digital viewers.

Advertisers have expressed concern that the new measurement concepts will be launched by a seller of the commercial inventory they have to buy — in essence, creating homework that will be graded by the person who completed it. But TV executives say they have taken pains to work with media buyers and advertisers, and understand that any new process must be certified for use by the Media Rating Council.

“There is a big opportunity for us to care for the streamer, the binger, for VOD,” said Zapata. “Current audience measurement has been lagging.”