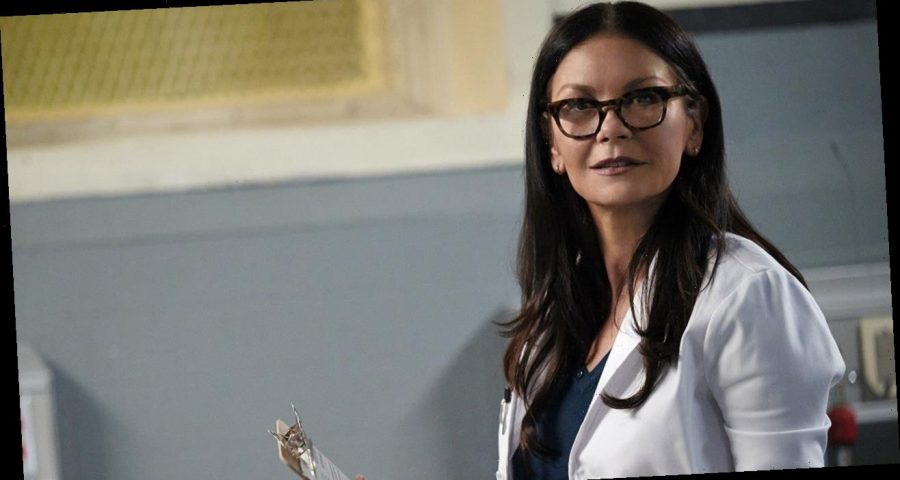 Zeta-Jones makes her Prodigal Son debut on Tuesday’s episode as Dr. Vivian Capshaw, Claremont Psychiatric’s resident M.D., and her introduction is anything but boring. When Dr. Martin Whitly (Sheen) is assigned to infirmary duty, Dr. Capshaw revels in tasking “The Surgeon” to clean bedpans and mop the floor.

But as Martin’s medical knowledge proves valuable in treating patients, Vivian begins to see him in a new light — which is never a good thing.

“In the very beginning, Vivian is very dismissive of Martin,” Zeta-Jones says of her character’s initial opinion of Martin in ET’s exclusive featurette, with Sheen hinting that “the relationship that develops takes us into new territory.”

“These two strong characters come together in a very confined space and a whole plethora of stuff happens,” the Oscar winner teases. “It’s always exciting to delve into a character that has a little bit more going on than you see on the facade.” Sheen notes that Vivian’s arrival into Martin’s world reveals new shades of “Martin’s personality that we maybe haven’t come across before.”

“One-upmanship. Pitting against each other. Attraction. I think he’s met his match,” Zeta-Jones declares. Watch the featurette below, exclusively at ET, below.

Prodigal Son star Bellamy Young discussed Zeta-Jones joining the cast as a new series regular for season 2, telling ET’s Kevin Frazier in January that Martin and Vivian going up against each other is going to create fireworks.

“Those two Welsh firebrands are gonna be head to head. It’s gonna be incendiary. I can’t wait,” the former Scandal star said.