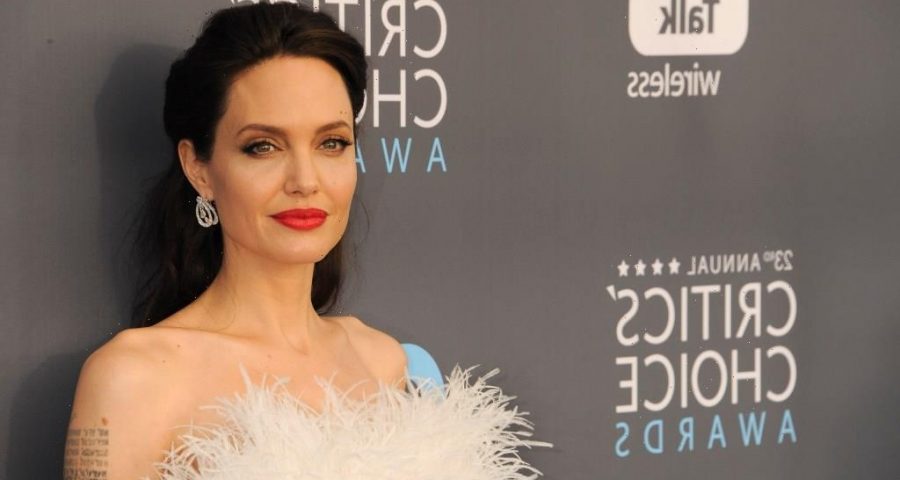 Angelina Jolie opened up to the Guardian on Sunday about her life and her new book, Know Your Rights and Claim Them: A Guide for Youth.

The book and much of Jolie’s activism are dedicated to ensuring the rights of children around the world. Her new work is written in partnership with child rights lawyer Geraldine Van Bueren QC and Amnesty International.

In discussing the book and its themes, Jolie also spoke about her own struggles to advocate for herself.

“I started working really young to help [my mother] pay bills and stuff. And I wasn’t aware of how I deserved to be treated as a young girl and a human being. I didn’t feel I was born with these rights and protections.”

When asked about her experience of being disrespected in Hollywood, Jolie gave an all too familiar answer.

“Well, no surprise, Harvey Weinstein. I worked with him when I was young,” she says. Jolie made Playing By Heart, which was released by Miramax, in 1998. It was then she said she had the “bad experience” with the producer that she briefly described to the New York Times in 2017.

Given the context of her book its focus on the rights of young people, Jolie spoke to the Guardian more expansively than she has before about the incident.

Victims of assault — out of shame, self-blame or simply the desire to forget — often play down such incidents. Jolie was no exception.

“If you get yourself out of the room, you think he attempted but didn’t, right? The truth is that the attempt and the experience of the attempt is an assault,” says Jolie.

Asked more specifically about the incident with Weinstein, she told the Guardian she didn’t want to get too far off of the topic of the book.

In that context, she was asked, were his actions an abuse of her rights?

“It was,” she says. “It was beyond a pass, it was something I had to escape. I stayed away and warned people about him. I remember telling Jonny [Lee Miller], my first husband, who was great about it, to spread the word to other guys — don’t let girls go alone with him. I was asked to do The Aviator, but I said no because he was involved. (Miramax produced the film.) I never associated or worked with him again. It was hard for me when Brad did.”

Brad, of course, is Brad Pitt, to whom she was married and from whom she is now divorced.

It was hard, she said, when Pitt worked with Weinstein on Inglourious Basterds. That 2009 film, like many Quentin Tarnatino projects, was released by the Weinstein Company in the U.S. Pitt also later worked with TWC on Killing Them Softly in 2012.

“We fought about it. Of course it hurt,” said Jolie, that he worked with Weinstein after she told him about the incident. She said she avoided events for the film where she might bump into Weinstein.

Last year, Weinstein received a 23-year sentence in New York after being found guilty of two sex crime felony charges. He currently faces rape charges in Los Angeles that could see him behind bars for up to 140 years.