Taking on the role of siren Bianca Barclay in Netflix’s Wednesday was a “no-brainer” for Joy Sunday, a rising star who previously appeared in Netflix’s Dear White People, Freeform’s Good Trouble, and most recently, the MGM film Dog.

Following the show’s hit debut, Sunday reveled in the moment and all the care that went into crafting the popular character during a recent call with Deadline.

“When Bianca came into my life, I was honestly so happy to play her because, in a lot of ways, it was an opportunity to get to soften and to expand on a character like her,” she recalled while sitting in a New York cafe. “I was just elated to be able to put my own spin on it and to really provide a nuanced take on the mean girl, the strong girl. I feel lucky to have been able to play her.”

“I think I’m a lot kinder on the first approach, but in a lot of ways Bianca and I are very much the same,” she continued. “I think you can look at a character like her and immediately think like, ‘Oh, you have to fight all the time,’ but that’s not what she’s all about. I realized that those traits are walls she put up around herself for protection. I approached her with empathy as I focused on understanding her and her past and how it shaped her into who she is at present. So that when someone like Wednesday [Jenna Ortega] comes along, it’s easier for me to feel threatened and intimidated, but not try to show it.” 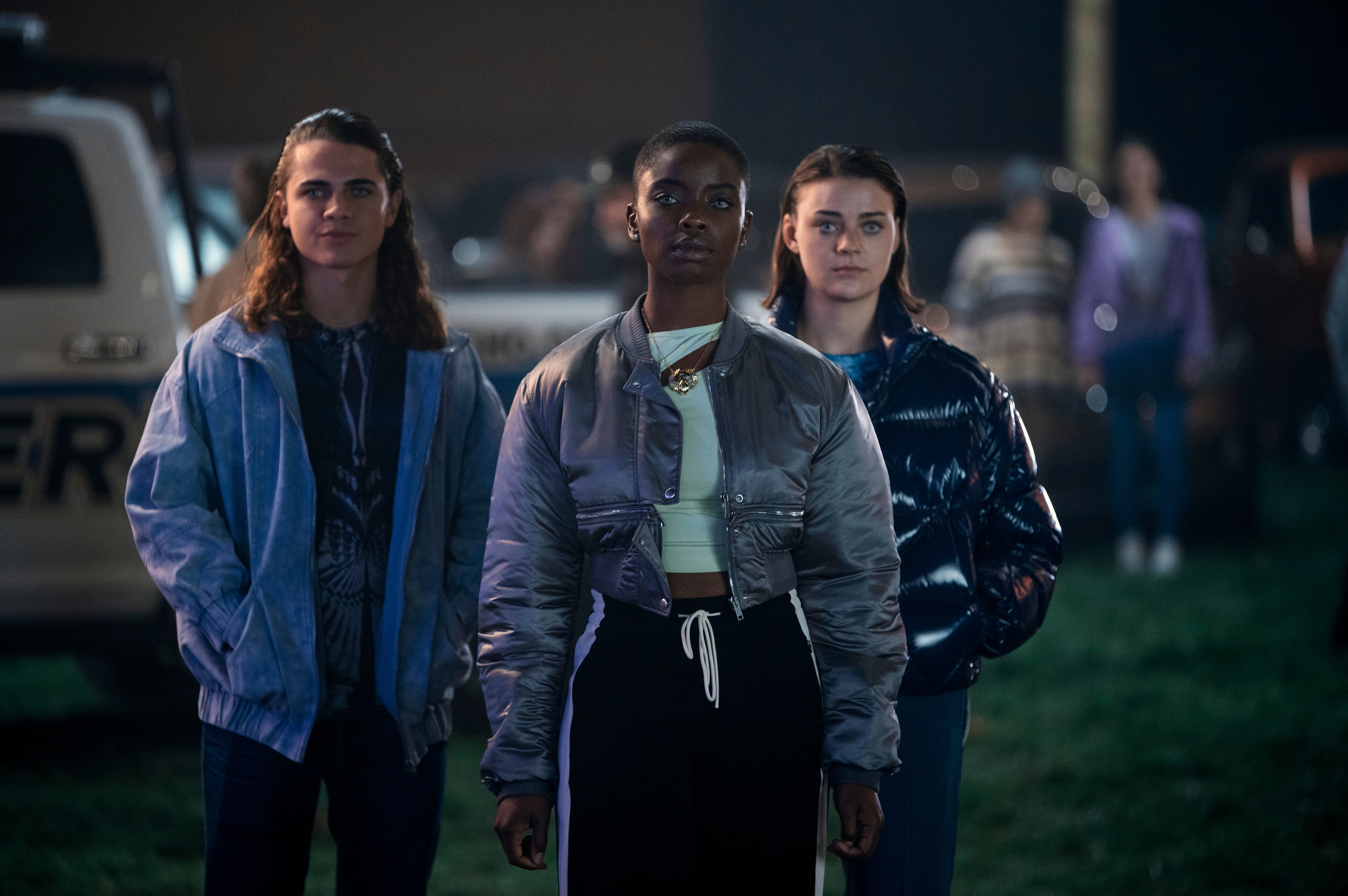 When Wednesday matriculates at Nevermore Academy, a school for outcasts and magical creatures, Bianca is quick to protect the school from the stranger with the questionable reputation. But as the story evolves throughout Season 1, the pair turned out to be more like two sides of the same coin who would be better as allies than enemies.

“When Wednesday first arrives, I think Bianca sees her as a threat because they’re both really good at what they do. And so, Bianca’s intentions always seem to be filled with malice and mal intention [to the viewer],” Sunday said. “But by the end, Bianca is able to understand and appreciate Wednesday who she learns also wants to protect the community Bianca nurtured. Now there’s an opportunity for growth in their relationship because of that understanding.”

Similar to Wednesday’s tumultuous relationship with her mother Morticia (Catherine Zeta-Jones), it is revealed that Bianca and her mother have a complicated history.

“Given the background that we get from that cafe scene, we can see why Bianca has a very complicated relationship with her mother. I think it’s also evident that they depended on each other for quite some time and at some point, Bianca had to leave because it was getting too toxic,” Sunday shared. “So when Bianca learns someone she doesn’t like married her mom, it’s disappointing. But she does understand the difficulties her mother faced surviving on her own and now as her siren song is drying up. That’s bad; she’s losing her power. Young people relate to that.”

She adds about the cliffhanger possibly being the end of Bianca’s run on the show, “So that has never crossed my mind. Bianca doesn’t seem like someone who stands in the background at all. I think even if she was forced to leave Nevermore, I don’t think she would really leave. I think she has a lot more strength and fortitude in her.” 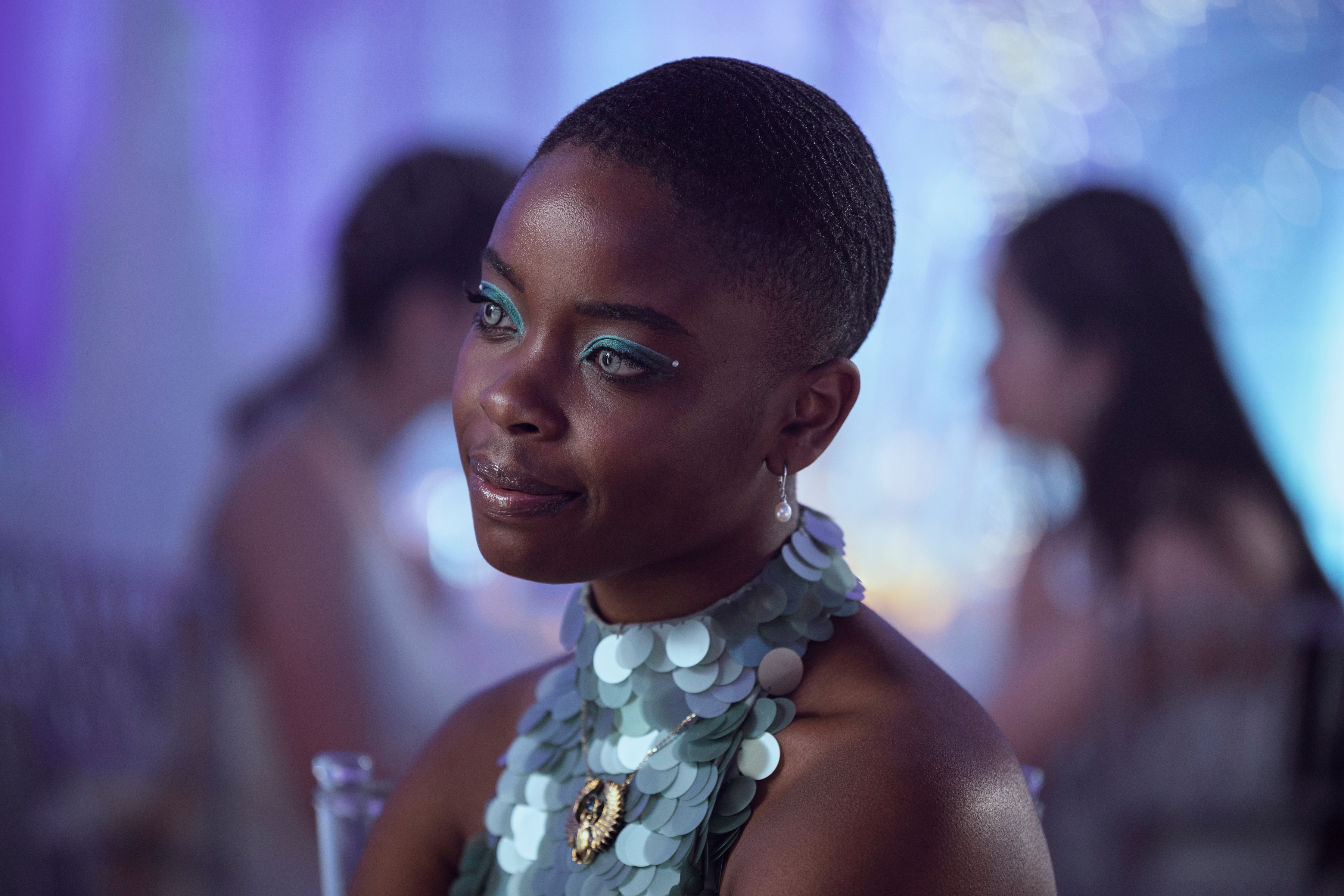 Creating a multi-dimensional character was of utmost importance to Sunday, who loved bringing Bianca to life and swimming in all her shades of grey. Sunday revealed she has been mostly unaware of the conversations taking place on social media, particularly about Bianca, a Black character, being reduced to playing an antagonist or a villain. While she disagrees about who Bianca is within the world of Wednesday, she encourages the discourse to continue.

“Bianca is riding on the coattails of so many characters before her, and I think this conversation and any conversations about this is always important because we can all learn something. It’s always insightful to hear,” Sunday said. “But I would also encourage people to give her a chance to bloom; we’re just meeting the characters for the first time and there are only 8 episodes. There are so many places for them to go. Even people who are beloved and are good characters could become really evil. Bianca wasn’t a villain or evil at all, she was just responding to the stimulus around her as anybody would.”

The season ends teasing Bianca would move offscreen to deal with family issues leaving fans wondering if she would return if the show is greenlit for Season 2. While Bianca is dealing with the return of her mother Gabrielle (Gracy Goldman), Sunday is confident her character has many more stories yet to tell. 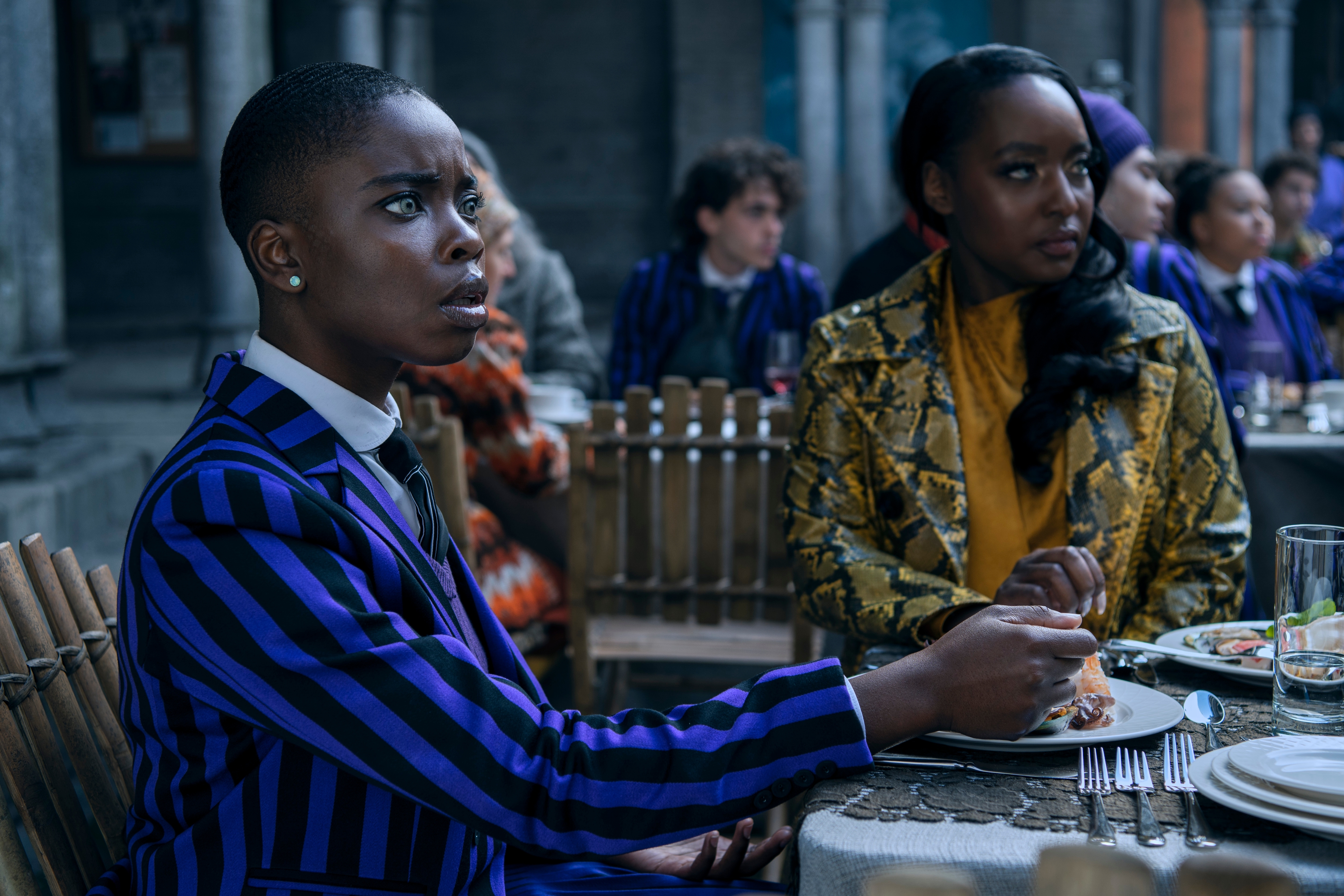 No matter what the future has in store for the show, Sunday can’t help but rave about her experience working with the cast and crew including Tim Burton while shooting in Romania.

“I loved working with everyone on the set. It was really tough being out there in Romania away from home for a lot of people, so we bonded quickly over that and tried our best to take care of each other,” she said. “Tim was remarkable to work with simply because he’s an auteur, he’s a household name. But it never felt like what you would expect someone of that level to be like. I’m smiling now because he just made us feel so comfortable and was so receptive to collaboration. He was so ready to play and was somebody to laugh with on set…It was a really beautiful experience and I feel so lucky to be with that. We all love and care for each other and I think the paramount person responsible for that feeling is Jenna Ortega. She really is an anchor for all of us and we’re so proud of her.”

Sunday was surprised to learn fans on social media have noticed a likeness between her and Black Panther star Danai Gurira, an actress she has long admired. Whether Marvel is in her future or not, Sunday feels absolutely ready for a collaboration with Gurira.

“I would die to work with Danai. Since The Walking Dead, she was one of the formative characters for me growing up because her character was so cool,” she said excitedly. “The minute I saw her I wanted to know who she was. I said, ‘Mom?’ [Laughs] I’ve always thought that I looked like her, so it’s cool that other people are seeing that, too. I did a Black Panther spoof years ago and the film’s cast shared it so hopefully, she knows I exist. I would be elated to work with her in any capacity. If it’s not part of a Marvel project, maybe it could be through Wednesday. There might be a future.” 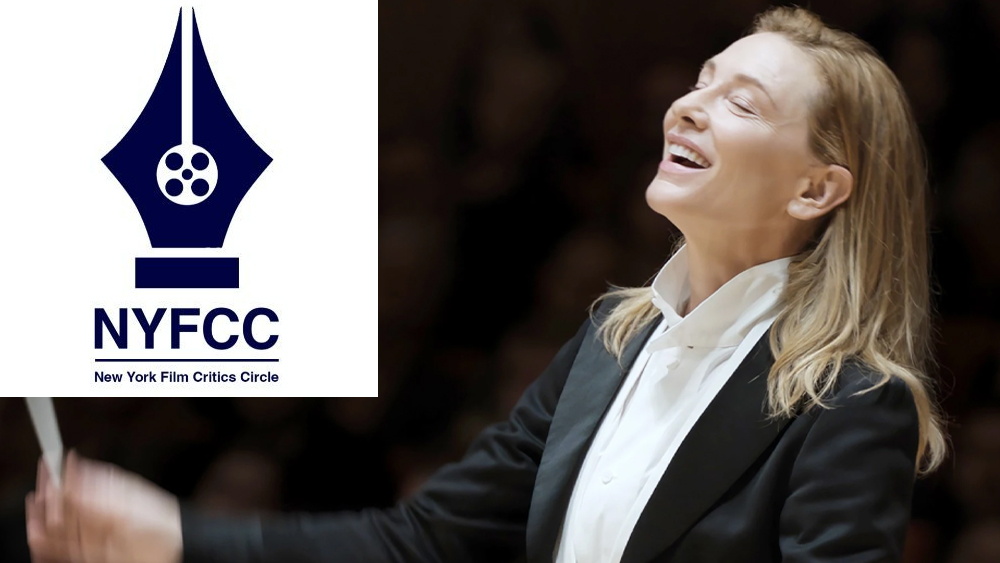 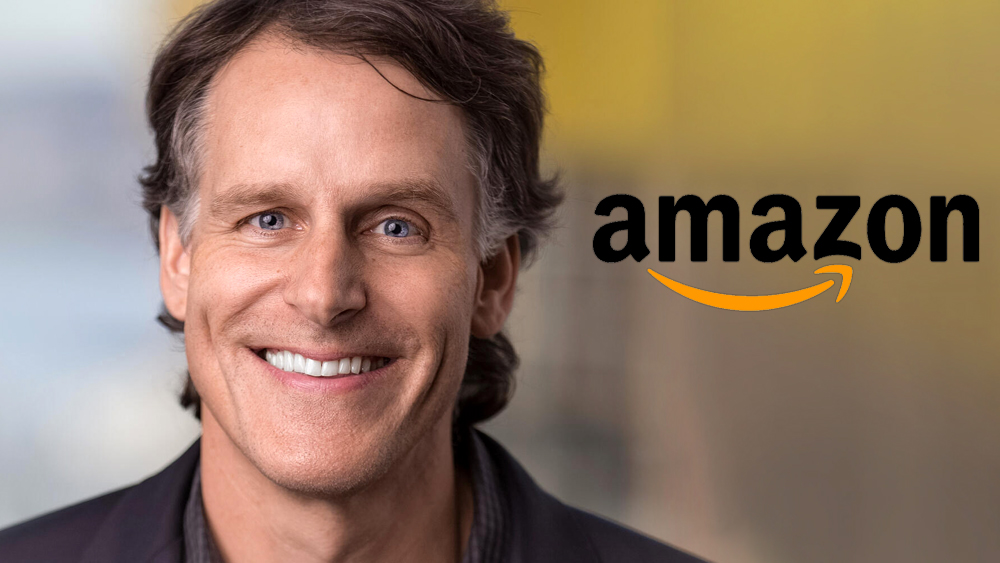 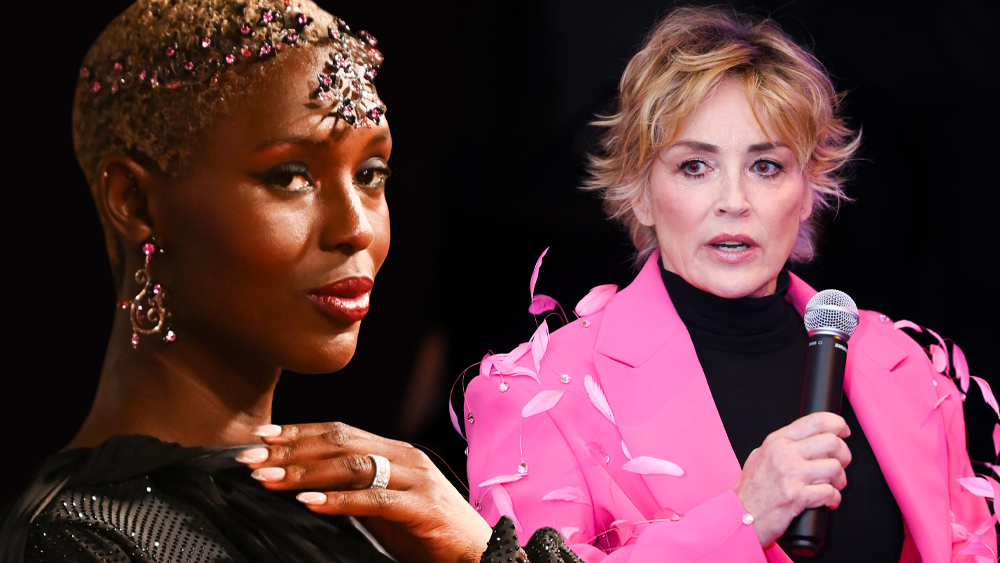