And we’re back — not literally back in Westworld, mind you, despite Bernard (Jeffrey Wright) stopping by his former home on the way to Delos headquarters. No, the most notable return in an episode filled with returns is that of the tried and untrue “Westworld” house style. Flashy twists on top of long bouts of bewildering exposition add up to very little substantive development, while plenty of choices simply don’t add up at all. (Looking at you, Benioff and Weiss.) All the work Episode 1 put into rebooting the series is tossed aside this week as “Westworld” screws around in its old game before crashing back to reality — or wherever we are now.

By all intents and purposes, this is Maeve’s episode. Thandie Newton gets her own well-deserved hour after being relegated to the post-credits sequence in Episode 1, and that would be fine if writers Matt Pitts and Lisa Joy knew what to do with her. When Maeve wakes up, she’s in WarWorld and has no idea why. After Hector (Rodrigo Santoro, in the episode’s first surprise cameo) whisks her away from their Nazi pursuers, Maeve starts to realize something is wrong. Her powers are gone — she can’t control the robots around her anymore. Hector doesn’t remember their past relationship, only the programmed parts they’re playing in WarWorld. From there, she knows she has to reboot, and that’s when she runs into the hour’s next back-from-the-dead cameo, Lee Sizemore (Simon Quarterman).

Lee, as Lee is prone to do, helps Maeve get back to The Forge — aka where Delos stored all its guests’ data and what was later reprogramed by Bernard and Robert Ford (Anthony Hopkins) to access The Valley Beyond, the virtual world Maeve’s daughter escaped to at the end of Season 2. Obviously, that’s where Maeve wants to go (she’s still hung up on her fictional daughter), but Lee — as Lee is not prone to do — confesses he’s helping Maeve because he has feelings for her, and that’s when she knows Lee isn’t really Lee. He’s a copy built to distract her, and when she tells him as much he starts glitching so bad it makes their world glitch, thus exposing Maeve’s true trap: She’s stuck in a simulation.

From there, Lee is only there to provide exposition, clarification, or give Maeve someone to talk to for the same purposes. Eventually, she overloads the simulation so she can really, truly, finally escape (we can only hope) to the real world, and only then does any of Episode 2 start to matter. Before digging into her discussion with Serac (Vincent Cassel), let’s examine how each of Episode 2’s subsequent reveals ruins the fun of its story. Once we find out Hector isn’t really Hector, then who cares about this fake Hector? Sure, Santoro is a beautiful man and a talented actor, but watching him play a dumb-dumb shell of his former character is inconsequential and unfulfilling — the attachment we had to Hector doesn’t transfer to a robot shell, which later turns out to be even less than that. (He’s just part of the computer simulation.) 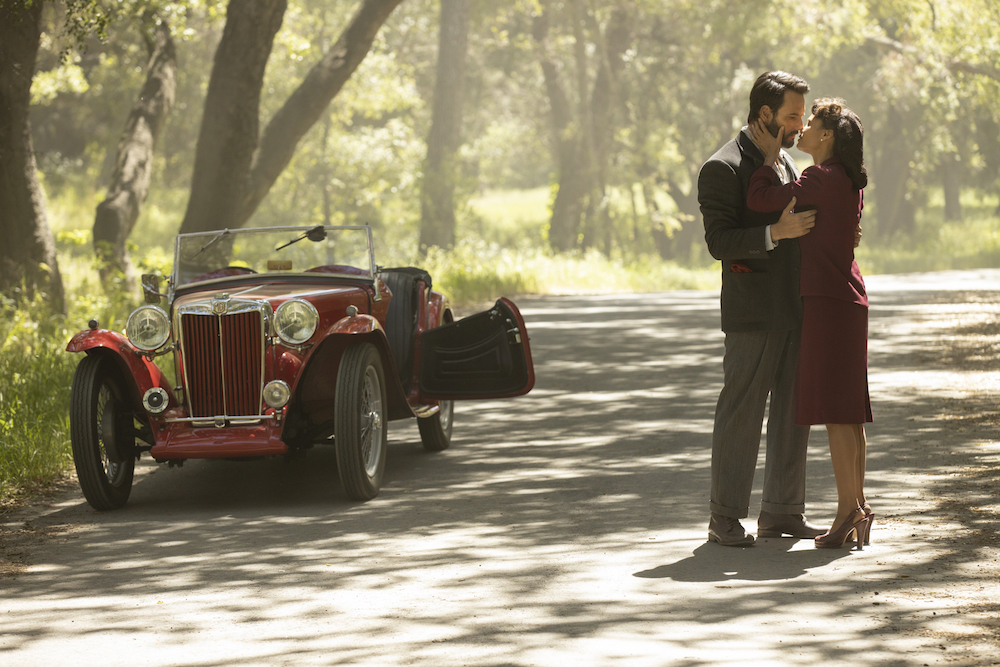 But at least Hector’s reveal is quick and to the point. It takes half the episode for Lee to be exposed as a simulation, and divulging that information is treated as a big twist, even though it’s obvious Lee isn’t the real Lee. I mean, he doesn’t even try to explain how he survived last season’s shootout. “[I’m] just thankful they missed my heart”? Yeah, that’s not a suspicious excuse at all.

Last week, I noted how refreshing it felt for obvious plot developments not to be treated like big reveals. Even though Caleb (Aaron Paul) was clearly talking to a robot whenever his friend called, the premiere didn’t make that confirmation into a big unveiling; it’s a turning point for Caleb — a choice he makes to motivate the story rather than a twist to redefine what the audience thought we knew. Yes, it’s the same engine “Westworld” has always been running — a mystery box withholding of information — but it had new purpose. Here, it’s only purpose is to shock the viewer, but a) it doesn’t deliver, and b) that’s not enough anymore. It’s time for Maeve to progress, instead of just running the same loop — play a role in the park, get murdered, gain power, get sent back to the park, repeat — she’s been running for two years.

Also, I don’t really want to waste the time getting into the logistics of WarWorld, but… how does it work? In Westworld, you’re either a black hat or a white hat and you engage with various storylines based on your hero or villain archetype. So in WarWorld, do some people choose to be Nazis? I guess that’s easier to believe given the current state of the world, but it feels lazy to introduce the idea that people would pay to act out their Nazi fantasies without ever engaging with the who or why.

Oh, screw it. While we’re talking about half-assed ideas, let’s address the giant fucking dragon in the room: David Benioff and D.B. Weiss’ weird, out-of-the blue, way-too-meta cameo. One could argue that, even in just a few seconds of screen time, this is the most annoying return from the dead, but first, let’s break down exactly what happened. As Stubbs (Luke Hemsworth) leads Bernard through the Park Four labs, the bodyguard tells Bernie that, because of the massacre, there are a bunch of techs just sitting around waiting to see if they get laid off. Cut to: a man who looks very much like David Benioff (played by David Benioff) and another man who looks very much like D.B. Weiss (played by D.B. Weiss) talking about how they found a buyer for their giant, presumably robotic, dragon in Costa Rica. “How the fuck are you going to get that to Costa Rica?” the Benioff lookalike asks. “In pieces, man,” the Weiss lookalike replies, as he picks up a chainsaw and walks toward the Drogon lookalike (or whichever friggin’ “Game of Thrones” dragon it is). 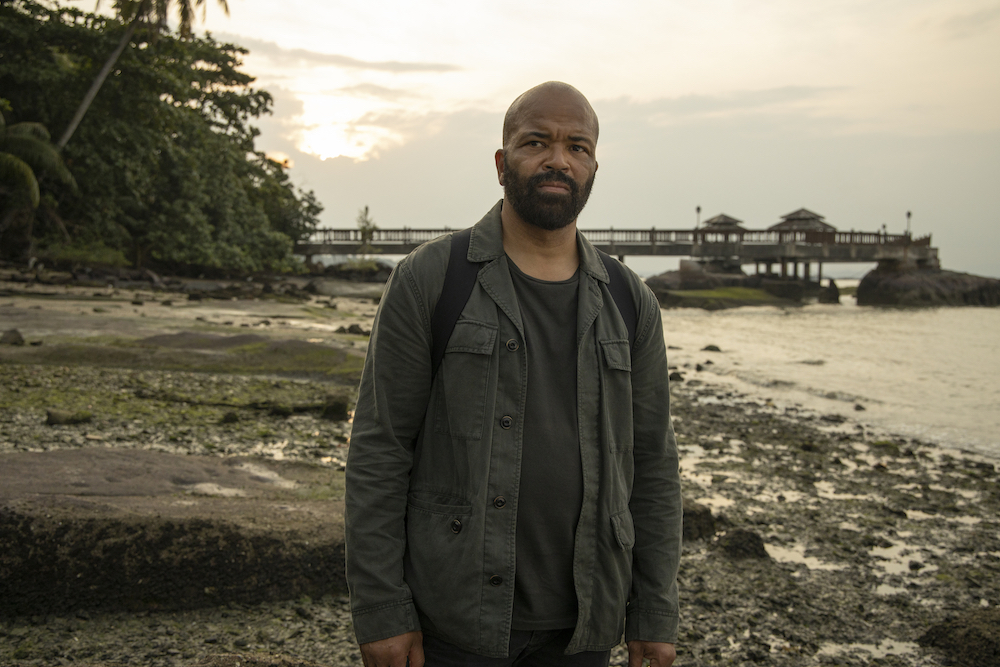 So, um, what? One of the other Delos parks is “Game of Thrones” themed? OK, sure, I guess I can buy that. But who are these guys? How do Benioff and Weiss look exactly the same as they do now, 30 years in the future? And how did these writers learn how to build, dismantle, and rebuild a robot dragon? And why are they still dicking around with “Game of Thrones” in the first place, after vowing to leave the franchise behind? That last question could apply to the real Benioff and Weiss, too, but it’s far from the most pressing question about the gratuitous, synergy-fueled, meta cameo. “Westworld” may just be forcing in a bit of frivolous fun — slapping on an HBO tie-in to make the internet go wild — but given how protective the creative team has been about revealing other parks, and the lack of substance in the rest of the episode, this feels lazy. Similar to Ed Sheeran’s cameo on “Game of Thrones,” no one stopped to consider how quickly the scene takes viewers out of the story. And it does take you out of the story because there’s no way to explain it within the story. Hey, at least Ed’s singing made sense.

Such a laissez-faire approach toward this cameo exacerbates the episode’s insignificance overall. While there are nice formal parallels in the episode — like setting the A- and B-plots in the same building (even though they’re not in the same place) and Newton’s always welcome too-cool-for-school attitude — all that matters in the B-plot is that Bernard and Stubbs team up to look for Maeve… who they don’t find. As for the A-plot, everything vital happens in the final five minutes when we find out Serac wants Maeve to hunt down and stop Dolores (Evan Rachel Wood). She’s the uncontrollable variable screwing up Serac’s predictive algorithm, not Maeve, and he can control (or at least stop) Maeve’s movements with the push of a button. How, exactly, he convinces her their interests are aligned remains to be seen, but knowing Maeve and Dolores are on a collision course is an enticing tease.

It’s just too little, too late. Whenever you could watch the last 10 minutes of an episode without falling behind that’s a filler warning, and “Westworld” can’t afford to be filling time already. Hopefully, now that pretty much everyone is in the real world, the series can avoid falling back into its bad habits. Twists are great when they matter and techno-babble will always be necessary to some degree, but flashy gimmicks — be it Nazi paraphernalia, random cameos, or immaterial story arcs — can’t carry a full hour of television, especially when you’re the heir apparent to “Game of Thrones”…