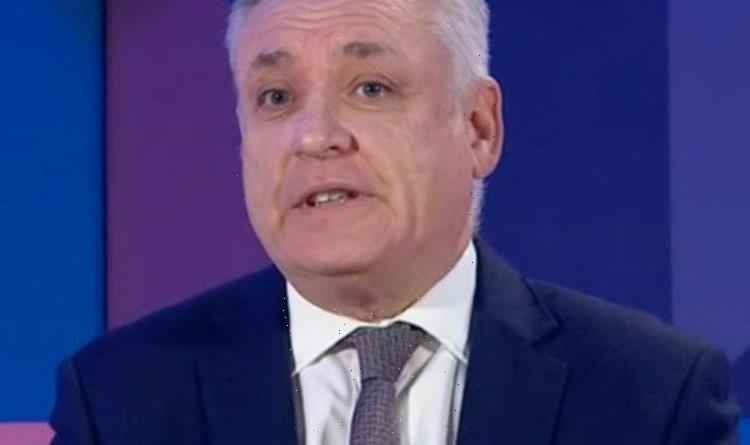 A young Scottish audience member has slammed indyref2 plans, asking SNP’s Richard Lochhead about the definition of a “referendum” as the referendum in 2014 was defined as a “once in a generation event”. It came as the SNP leader Ian Blackford is set to gather the party’s MPs to talk about the drive for Scottish Independence.

On BBC debate night, a young Scot asked: “In terms of Richard Lochhead had mentioned about future generations back in 2014.

“It was defined as a once in a generation event.

“Surely nine years later, that’s not a generation because otherwise I would be nearly two generations old.

“So what does the panel define as a generation?”

Richard Lochhead said: “I said before that the future of Scotland is up to the people of Scotland.”

The host interjected: “Answer the question-what do you understand to be a generation?”

Mr Lochhead continued: “Well, that was set by one person in the middle of one debate about these referendums happening generally once in a generation.

“One person said at one debate -that was not in any documents or as part of the agreement led to the referendum in 2014- that wasn’t in that that agreement.”

He went on: “And so this is up to people Scotland and I don’t believe, you know, what was said which was that people kind of voted SNP and we’re an SNP government really.

“I think the people of Scotland believed in our policies and our manifesto commitments and voted SNP and maybe part of it was the fact other parties in Scotland weren’t picking up a particularly great offer in the election as well.”

SNP leader is set to discuss plans for indyref2 with party members in the near future.

Last month, he told his colleagues in the Commons to prepare for a “new phase” of campaigning in the weeks to come.

However, the priority will still be on the recovery from the coronavirus pandemic.

Blackford has said that his party’s aim was to win the “hearts and minds” and to build majority support for independence.