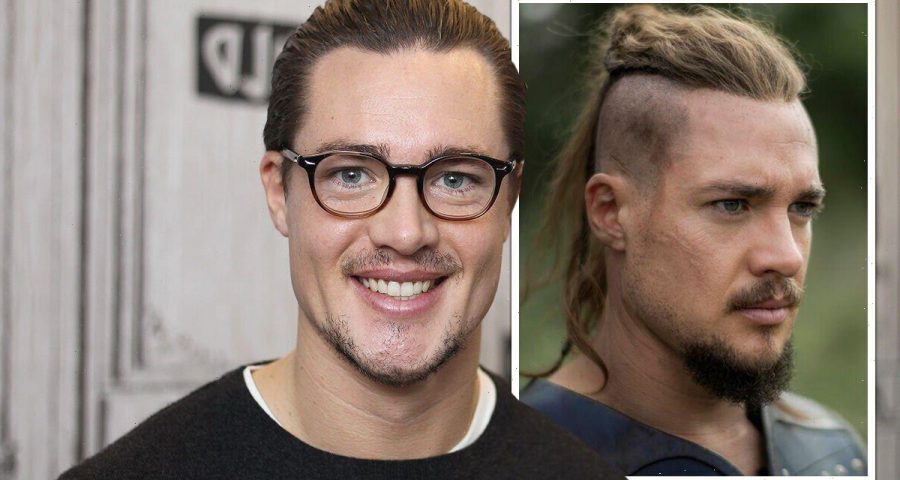 Alexander Dreymon thanks fans as The Last Kingdom wraps

The Last Kingdom fans were thrilled to hear Alexander Dreymon would be reprising his role as Uhtred for Netflix one last time. The streaming platform will host a feature-length film, titled Seven Kings Must Die, which will bring the main protagonist’s story to a definitive end. Fans are keen to find out more about actor Dreymon, including the languages he speaks.

What languages does Alexander Dreymon speak?

The Last Kingdom has now come to an end on Netflix with season five marking the end of an era for the cast.

Alexander Dreymon took on the role from the first season in 2015, and the show has grown in popularity ever since.

The series finale earned the show a top spot in the Netflix top 10 for a number of weeks.

Uhtred of Bebbanburg spent a lot of his time in Anglo-Saxon England, and his unique accent has caught the attention of fans.

Actor Dreymon, who was born Alexander Doetsch, was born in Germany.

He is not only fluent in German, as he grew up in various parts of the world.

Having lived in the US, France and Switzerland, he is fluent in German, English, and French.

Throughout his life, he worked and studied in London and Paris, before settling in LA to work on his acting career.

Although he usually speaks in English for interviews, he has been known to speak in German at various conventions in his home country.

Dreymon has spoken out about why he was able to speak so many languages.

“When I was growing up my family moved around a lot, and I’ve never belonged to a specific country.

“It was really hard because I’d […] have to make new friends or I’d have to sit in class for months without speaking the language,” he told The Guardian.

Yet as time went on he learned to appreciate new cultures and languages.

His passion for languages will open up many avenues when he starts to pursue new projects.

He has not mentioned his next career move beyond Seven Kings Must Die, which is expected to be released in 2023.

The star said his character will always be a part of him, despite the series ending.

He told Man About Town: “I’m never going to look in the mirror again and see Uhtred, but at the same time, I feel like I’ll always be able to hear his voice if I ever need his battle cry.

“He is a part of me and I wouldn’t have been able to direct like I did if he hadn’t become such an intrinsic part of me.

“I can switch it on and off so easily, it’s like rolling out of bed now.”

The star said it does not feel like farewell because Uhtred is “such a symbol of the values which I think, for the most part, I share”.

He concluded: “He’s always going to be there, I’ll never feel separate from him.”

Before taking on the role of Uhtred, one of Dreymon’s first TV roles was in the film Christopher and His Kind.

He went on to star in the films Resistance, The Test of Time and Horizon Line.

The Last Kingdom seasons 1-5 are on Netflix now. Filming has finished for the upcoming Netflix film, Seven Kings Must Die.