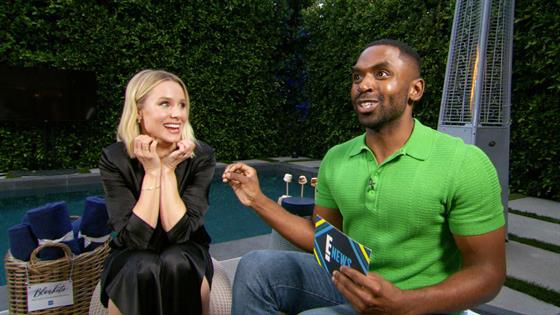 Kristen Bell is getting prepared for you, dear reader, to finally see the return of Veronica Mars.

Bell returns as the titular character in an eight-episode miniseries that is sure to leave fans with some thoughts. The actress, who is also an executive producer on the Hulu revival, previously told E! News that the revival will be “controversial.”

“This will be a controversial season. Let me just say that,” Bell previously told E!’s Erin Lim. “I am excited for people to watch and I am also probably going to stay off the internet once it airs.”

“Well, there are a lot of things in the show that people will have strong feelings about,” she said. “That’s why I meant it was controversial.”

The action picks up years after the 2014 Veronica Mars movie. Veronica Mars is still as sassy as ever. She’s still working as a private investigator in her fictional hometown, Neptune and dating Logan (Jason Dohring) from the looks of the trailer. The major mystery involves murders of spring break party-goers in Neptune. Veronica is hired by a family of one of the victims to find their son’s killer, but is quickly drawn into the ongoing clash between the town’s wealthy elite and the working class.

The trailer released in early May features plenty of LoVe (Logan and Veronica) moments. The coupling has a lot of fans, which is why many believe Bell’s controversial tease spells trouble for the couple. However, what if it’s something different? What if it’s the loss of a loved one?

In the movie, Veronica dealt with almost losing her dad, Keith (Enrico Colantoni). There are plenty of explosions and dangerous situations in the trailer, could one involve her father? Or what about best friend Wallace (Percy Daggs III)? The event that sparked Veronica to go down a new path in life was the murder of her best friend, Lily Kane (Amanda Seyfried), is life going to come full circle?

All eight episodes of Veronica Mars drop on Hulu on July 26.