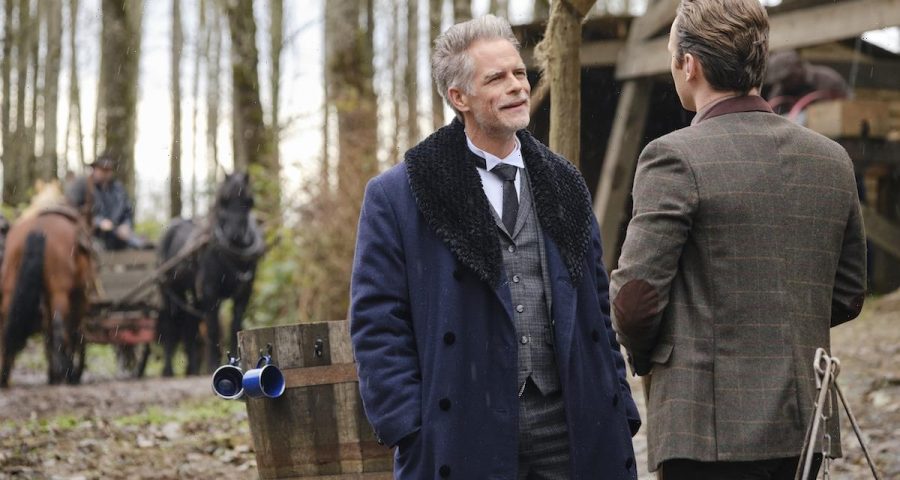 Has Henry Gowen left Hope Valley? In the When Calls the Heart Season 8 finale the character, who is played by Martin Cummins, left town, his destination unknown. That had some fans of the Hallmark Channel series wondering if Gowen might be gone for good.

Well, it seems viewers who have come to love Cummins’ character, who was first introduced as the show’s main antagonist in season 1 (he’s since enjoyed a redemption arc), needn’t worry. A recent Instagram post confirms Gowen will be back for When Calls the Heart Season 9.

Martin Cummins shares a photo from ‘When Calls the Heart’ set 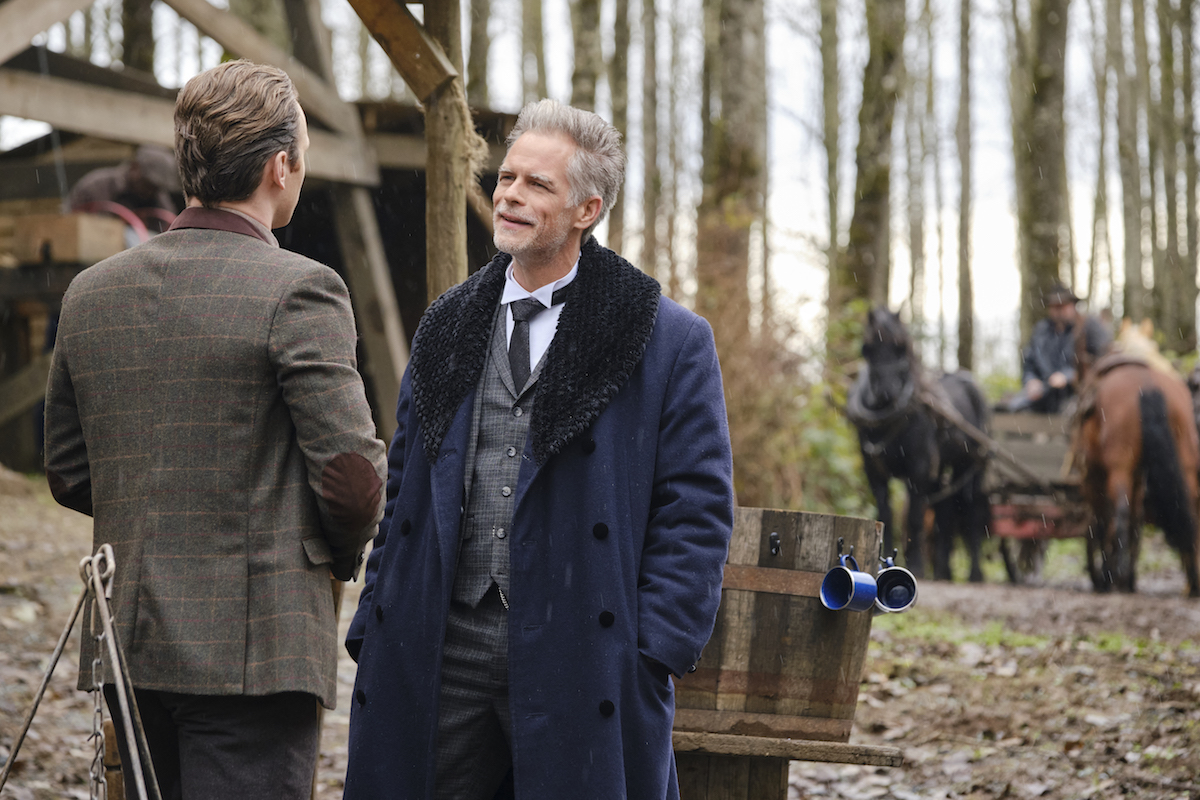 On July 19, Cummins took to Instagram to share a behind-the-scenes snap that had Hearties cheering. The Canadian actor (who also appears on the CW’s Riverdale) posted a photo of himself standing on a mark on a wooden floor.

“Just tell me where to stand. Back at it this week. #whencallstheheart #hearties,” he captioned the post.

Production recently began on the ninth season of the fronter-set drama. On July 13, Cummins’ co-star Erin Krakow, who plays Elizabeth Thornton, tweeted a photo of herself heading back to work. Meanwhile, Pascale Hutton, who portrays Rosemary Coulter, has shared photos of herself being fitted for costumes.

What happened to Henry Gowen at the end of ‘When Calls the Heart’ Season 8?

In When Calls the Heart Season 8, Gowen reunited with his estranged son, Christopher (James Drew Dean). While the pair’s burgeoning relationship was sometimes tense, Gowen was committed to making his son part of his life by bringing him into his oil business.

Gowen also faced a health scare last season. His elevated blood pressure led to a couple of frightening moments where it seemed his fate was in jeopardy. Fortunately, the former Hope Valley mayor survived. However, those experiences, plus his relationship with Christopher, seemed to prompt him to reevaluate his life.

In the season finale, Gowen decided to leave Hope Valley, handing over day-to-day control of his business to Mike Hickam (Ben Rosenbaum). In his conversation with Lucas before he drove out of town, he mentioned that there was more to life than “fleeting pleasures” and “shiny objects.”  He then looked at the sign for Abigail’s Cafe.

Earlier in the season, Gowen revealed he’d kept in touch with Abigail (Lori Loughlin) since she left Hope Valley. He also shared that he had regrets about their relationship. That, combined with the glance at the sign, suggested Gowen was planning to reunite with the cafe owner.

There will be some ‘interesting stories’ for Gowen in season 9 of Hallmark Channel show, producer says

When Calls the Heart executive producer Brian Bird has also confirmed that Gowen will be back in season 9. During an interview with the Christopher Blog, he promised fans that they would see more of Gowen in upcoming episodes.

“I think there will be more interesting stories regarding Henry Gowen this year as well,” Bird said.

Some fans hope that those stories might involve Abigail’s return to Hope Valley. Her character has been missing from the show since mid-way through season 6, when Loughlin was fired due to her involvement in the college admissions scandal. Now that the Full House actor has completed her sentence, a contingent of viewers is hoping she’ll get her own redemption storyline and be welcomed back into the When Calls the Heart cast.