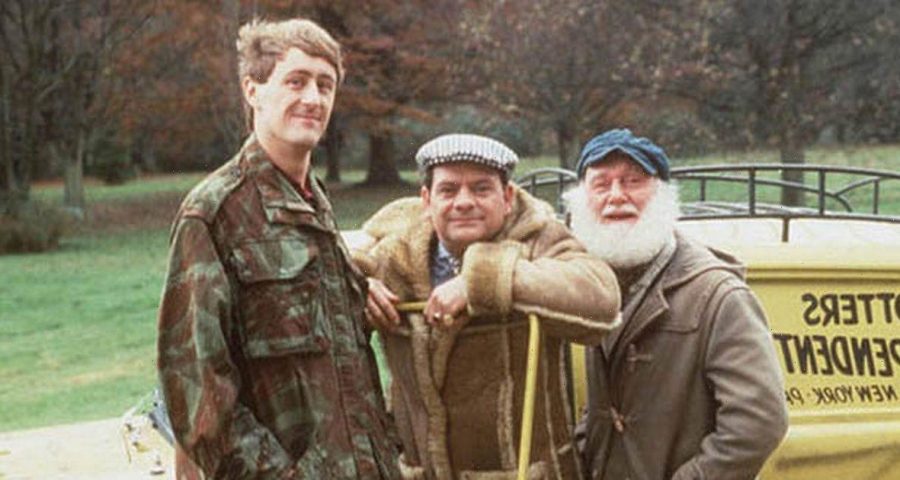 Only Fools and Horses star John Challis has died at the age of 79.

The actor, best known for playing Terrance Aubrey "Boycie" Boyce in the beloved sitcom, died "peacefully in his sleep, after a long battle with cancer," his family said.

A statement from John's family issued on Sunday read: "A statement issued by his family published on Sunday afternoon read: "It is with heavy hearts that we bring you such sad news. Our dear friend and yours, John Challis, has died peacefully in his sleep, after a long battle with cancer.

"He will always be loved for being 'Boycie' and leaves a great legacy of work that will continue to bring pleasure and smiles for many years to come.

"Please respect the privacy of John's family and friends at this difficult time, and be assured that in the future there will be an occasion to celebrate John's life – when everyone will be welcome to come along.

"The family has asked that, rather than sending flowers, any donations are sent to John's chosen animal charities cuanwilsliferescue.org.uk, Tusk.org and Britishhedgehogs.org.uk.

The message ended: "As Boycie would have said… 'you know it makes sense'."

Only Fools and Horses focused on the wheeling-dealing of dodgy market trader Derek “Del Boy” Trotter and his long-suffering family.

The hit series gave some of the most iconic scenes ever shown on British TV, and shot some of its stars into superstardom.

Only Fools and Horses became such a household name that it even had pubs named after it, in this country and abroad.

Daily Star has taken a look at what happened to the show's biggest stars, from their careers in pantomimes to a huge tragedy.

The cushty role made a star out of Jason and he has gone on to become one of Britain’s best-loved actors.

Since then he’s probably best known as Detective Inspector Jack Frost in police drama A Touch Of Frost, which aired from 1992 to 2010.

Jason, now 81, lived with his long-term girlfriend, Welsh actress Myfanwy Talog, for 18 years and nursed her through breast cancer until she died in 1995.

In 2001, the award-winning actor became a dad for the first time aged 61 when his wife Gill Hinchcliffe gave birth to their daughter Sophie Mae.

The butt of brother Del’s jokes and forever a “plonker”, Rodders’ fortunes changed when he met wife Cassandra.

After Only Fools and Horses, Lyndhurst also became one of the nation’s favourite actors thanks new new roles.

Lyndhurst starred in crime drama New Tricks between 2013 and 2015, a one-off Goodnight Sweetheart sequel in 2016 and has also appeared on stage.

Married to former ballet dancer Lucy, the family was struck by tragedy last September when their 19-year-old son Archie, also an actor, died in his sleep from a brain haemorrhage caused by acute lymphoblastic leukaemia.

Actress strong has regularly worked in TV since, most recently joining EastEnders in 2016 as Geraldine Clough.

The 61-year-old is married to actor Jesse Birdsall, who starred in Eldorado and Footballers’ Wives, and the pair have two children.

Opening up about John's health battle, the actress said: "I know you’re all interested because John’s had the diagnosis that he’s not been well.

"And he’s very disappointed that he had to cancel his one-man tour."

“Let’s all have positive thinking,” the actress replied. “But don’t be too upset, we had lunch in the pub three weeks ago.

“And two weeks ago, exactly I spent all day with him filming a little documentary about Only Fools.”

Raquel was introduced in the sixth series and became Del’s girlfriend and mum to their son Damien.

Actress Peake-Jones, now 63, went on to appear in TV shows including Doctors and holby City, and has played the vicar’s grumpy housekeeper in Grantchester since 2014.

She was previously in a relationship with actor Douglas hodge, who played the Trotters’ son Damien as an adult in a dream sequence in Only Fools episode heroes And Villains.

They split in 2013 after 27 years together and have two children.

The original elder statesman of the Trotter clan, Pearce died from a heart attack in 1984 at 69 and was written out of the series.

Merryfield, a bank manager who became an actor after he retired, was brought in as Uncle Albert whose catchphrase was “During the war…”.

Dopey Trigger, who always called Rodney “Dave”, was there when Del famously fell through the bar.

Lloyd Pack went on to have many top roles including Owen in The Vicar of Dibley and in Harry Potter And The Goblet of Fire before he died in 2014 aged 69, following a battle with cancer.

Barber, 69, also went on to appear in a string of film and TV roles, most famously Horse in The Full Monty.

MacDonald died in 2001 from a heart attack while on holiday with his family in Hawaii. He was just 50.

Murray, 64 is still working but in 2018 revealed he was suffering from lung disease.