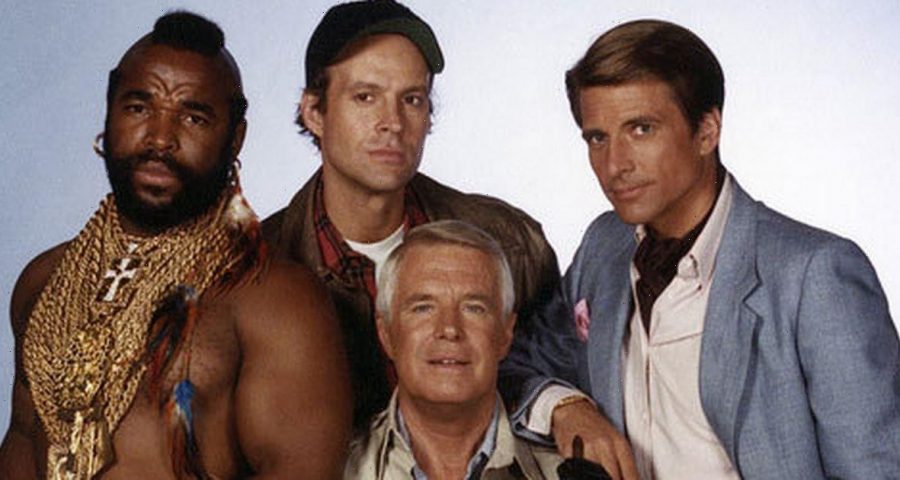 Legendary actor Lawrence Tureaud who propelled to fame playing the iconic Mr T in The A-Team celebrates his 69th birthday today (May 21).

The actor, who starred in one of TV's most loved crime busting shows during the 80s, is mostly remembered by fans for his striking appearance, catchy punchlines and incredible strength.

The 1980s NBC show The A-Team was jam-packed with nail-biting occurrences, blazing gun action and intense chase scenes that thrilled audiences every week.

Although Lawrence's character was one of the most popular cast members from the show, many fans have often wondered what happened to the remaining actors once the programme finished in March 1987.

So to celebrate Lawrence's birthday Daily Star has taken a look into where the cast of The A-Team are now.

Since the show ended over 30 years ago, Lawrence has continued to live an adventurous life and has frequently been cast in several roles that embody his former role as Mr T.

The star was diagnosed with T-cell lymphoma in 1995, but this never seemed to prohibit him from continuing his career.

Lawrence continued his acting career and appeared in TV shows such as Different Strokes and on television adverts across the globe including for brands such as Snickers and Coca-Cola.

Not only this but Lawrence also decided to go down a sporting route and embarked on a career in professional wrestling in 1985.

The actor did very well for himself and became Hulk Hogan's tag-team partner at the World Wrestling Federation's (WWF) Wrestlemania, which he went on to win.

By 2001, Laurence had hung up his wrestling boots but still continued acting in several global advertising campaigns.

Away from the limelight, the star is a practising Christian and has three children.

Dwight’s unusual demeanour as Captain HM quickly became one of the most loved characters on the show during the 80s.

After the A-Team had finished, the actor continued to work in TV and film and played Reginald Barclay in three of the Star Trek flicks.

In more recent years, Dwight decided to pack in his on-screen roles and opted to do voice work.

The actor, who is now 73, also voiced the Scarecrow in Happy Halloween, Scooby-Doo.

George Peppard played the character Colonel John "Hannibal" Smith and was the oldest member of the original A-Team cast.

Sadly, the actor passed away a few years after the show had ended in 1994.

George's character was the leader of the pack and became famous for his popular catchphrase: "I love it when a plan comes together."

George was a heavy smoker and was diagnosed with lung cancer in 1992.

He was 65 years old at the time of his death.

Fans of The A Team will definitely remember smooth-talking Lieutenant Templeton "Faceman" Peck who appeared on the show from 1983.

The star was best known for his dashing good looks at the time and the charming charisma he had with the ladies.

Once the show finished in 1987, the actor, now 76, bagged himself a role in an adaptation of Shakespeare's Hamlet on stage.

He also starred in movies such as Shadow Force and Alaska.

One of Dirk's most recent acting credits was playing the role of Jack Strange in Space Ninjas.

Back in 1986, Dirk married actress Toni Hudson, who had appeared in a season four episode of A-Team.

They divorced in 1995, but share two children together – George and Roland.

Dirk later discovered he had a third child from a previous relationship, who had been put up for adoption.

The son, John Talbert, managed to contact his birth parents.

Melinda Culea played journalist Amy Amanda Allen who made sure her confidence was never shaken while she was with the boys.

Melinda's time on the show, though impactful, wasn't a long one, which left fans wondering what happened to the star.

Rumours circulated that Melinda demanded more money than what was on offer for her role as Amy, while others believe she may have been unhappy playing the part.

After her time on the show, Melinda managed to gain steady work starring in programmes such as St Elsewhere, The X-Files, and Murder She Wrote.

However things began to slow down for the star in the 2000s and her last television appearance was in 2001 in the film Dying On The Edge.

Since then Melinda found success in the literary world and released her first novel, Wondago in 2016.