The Russo Brothers’ Avengers: Endgame is the 22nd film in the blockbuster MCU franchise, a sprawling epic which delivered the massive spectacle that fans have come to expect from the series. But Endgame also presented viewers with concrete conclusions for three of the Avengers’ original heroes: Tony Stark, Captain America, and Black Widow. And after the huge battle, moving funeral, and death of Thanos, many fans are wondering one thing… what’s next?

For the last few years, it’s looked like Kevin Feige and the creative minds at Marvel Studios were assembling a new era of Avengers to inevitably replace the old. Since the 2014 release of Captain America: The Winter Soldier, the MCU has been seeding a secondary group of heroes, beginning with Sam Wilson, a.k.a. Falcon, and later adding members Scarlet Witch, Vision, Peter Parker, and Scott Lang. With the addition of T’Challa to the MCU, it looked like a new Avengers team would soon become a reality. And when Kevin Feige started saying that Carol Danvers’ Captain Marvel was about to take the lead and be at the forefront of the MCU, it looked like the new iteration of the Avengers had found its leader too.

But after the events of Avengers: Endgame things seem far less certain, as the film sets up numerous shows for the upcoming Disney+ streaming service, including Hawkeye, Falcon and the Winter Soldier, and WandaVision. Assuming this means the focus on these characters will be on the small screen now rather than in the movies, this essentially writes out three of the newer heroes who’ve played large parts in the comic book iterations of the iconic team. Another unexpected aspect of Endgame is how minimal the role of Captain Marvel is in the film. Although she played a large part in Thanos’ defeat, she wasn’t a core part of the main journey, establishing — just like the end of her solo movie did — that Carol’s priorities lie in protecting the entire galaxy rather than just Earth. This hints that she might not be the taking on the mantle of leader in the way that many fans were expecting. 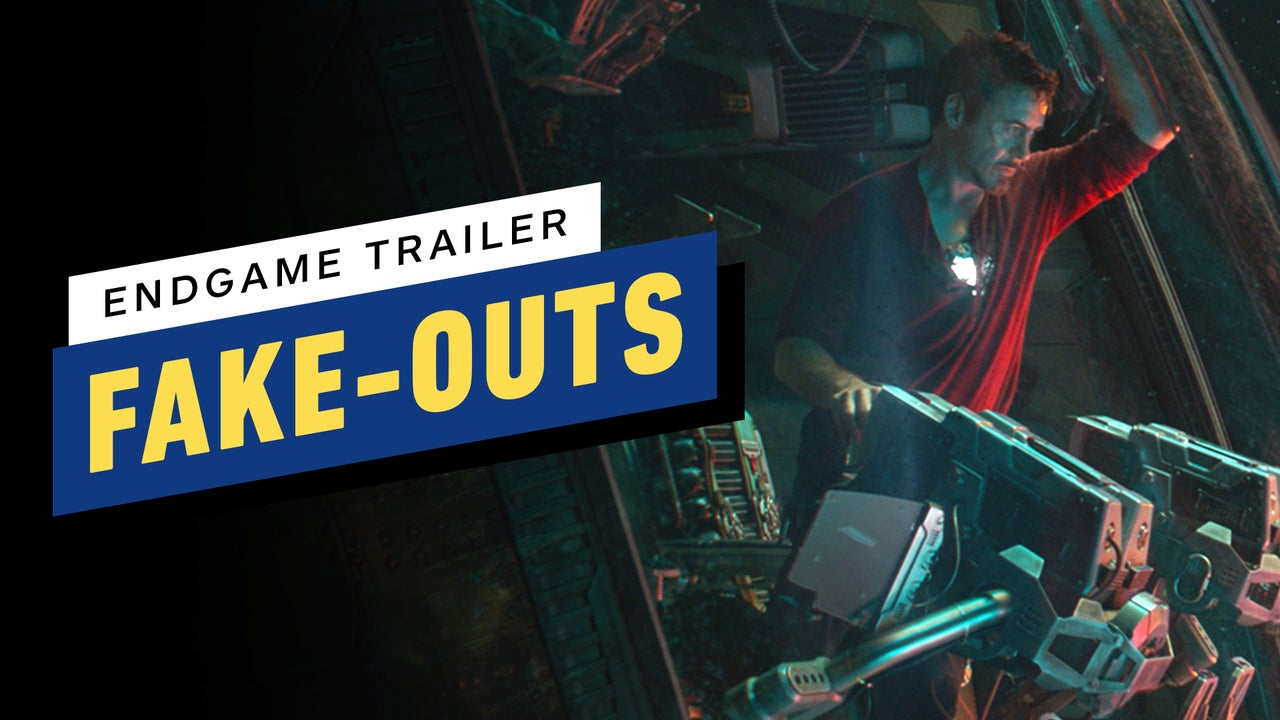 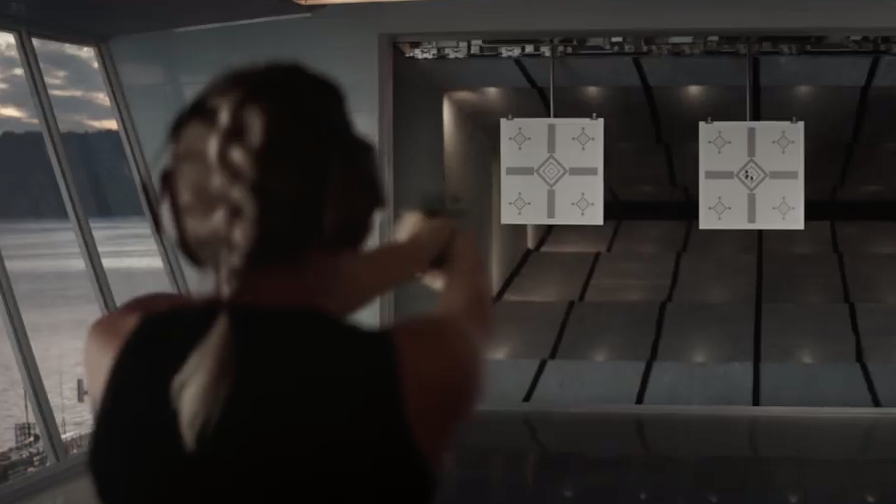 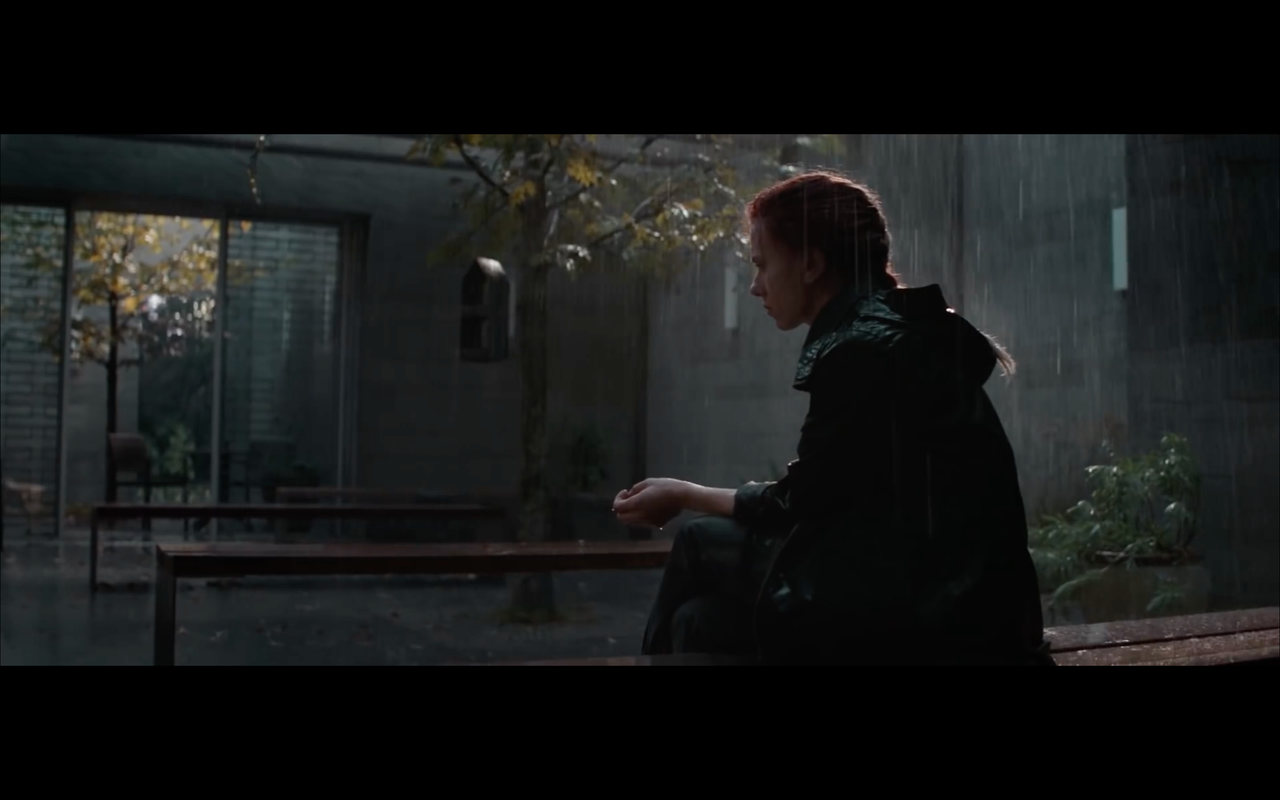 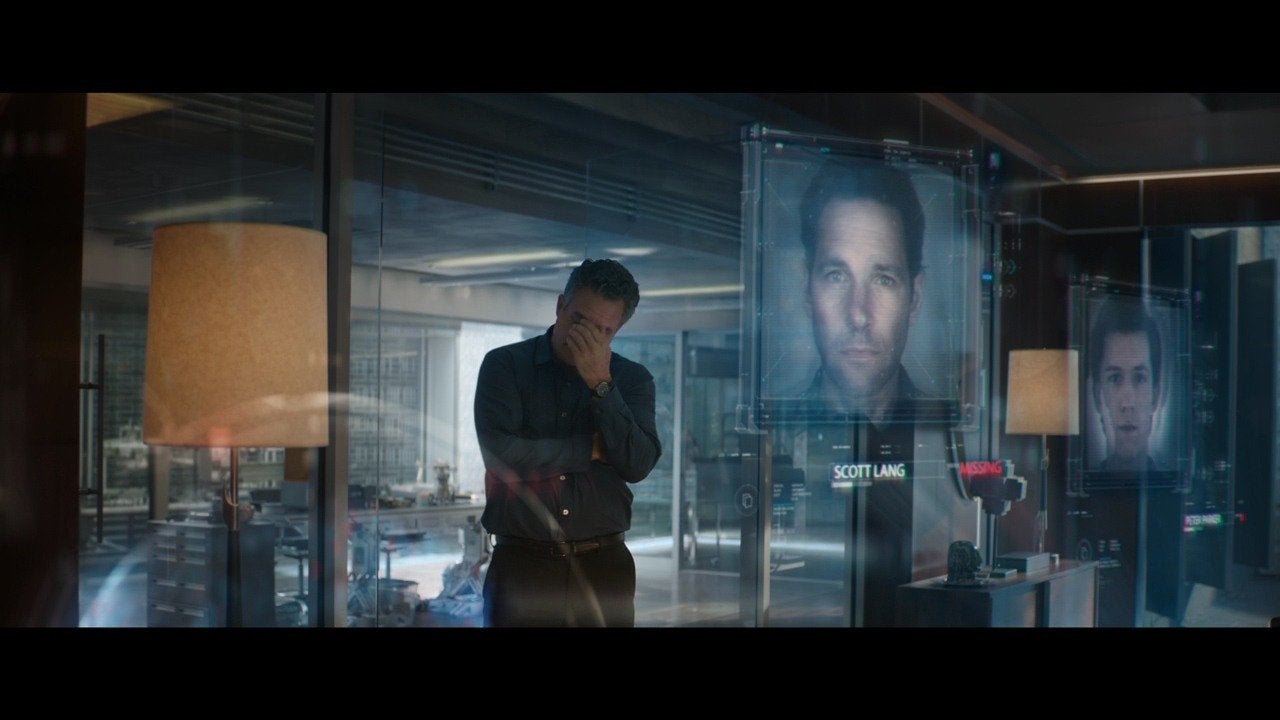 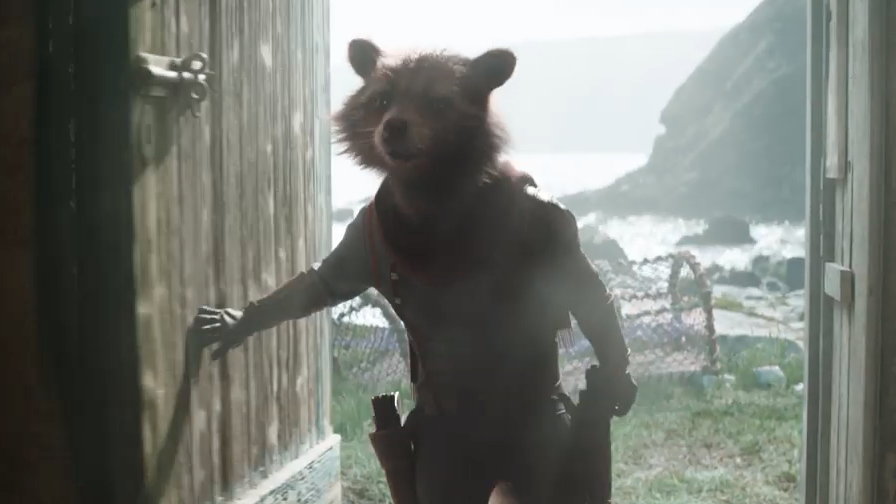 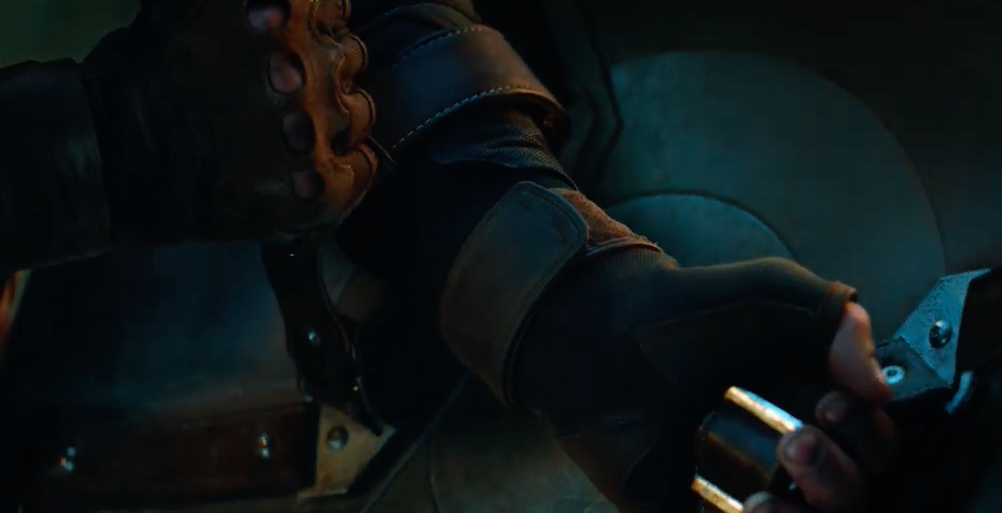 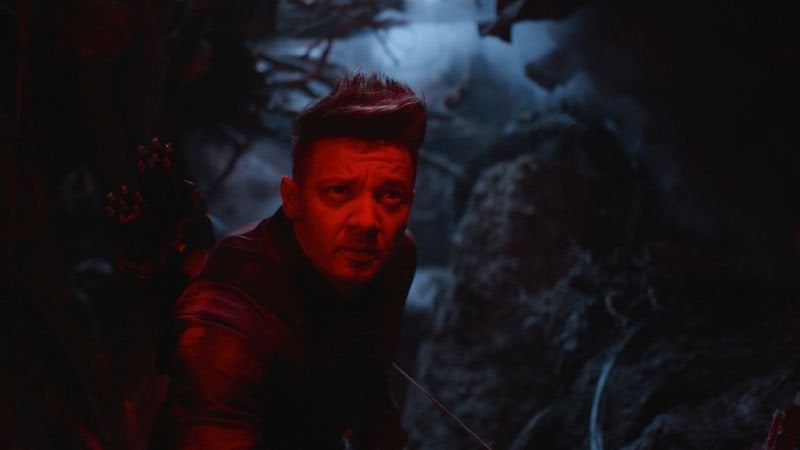 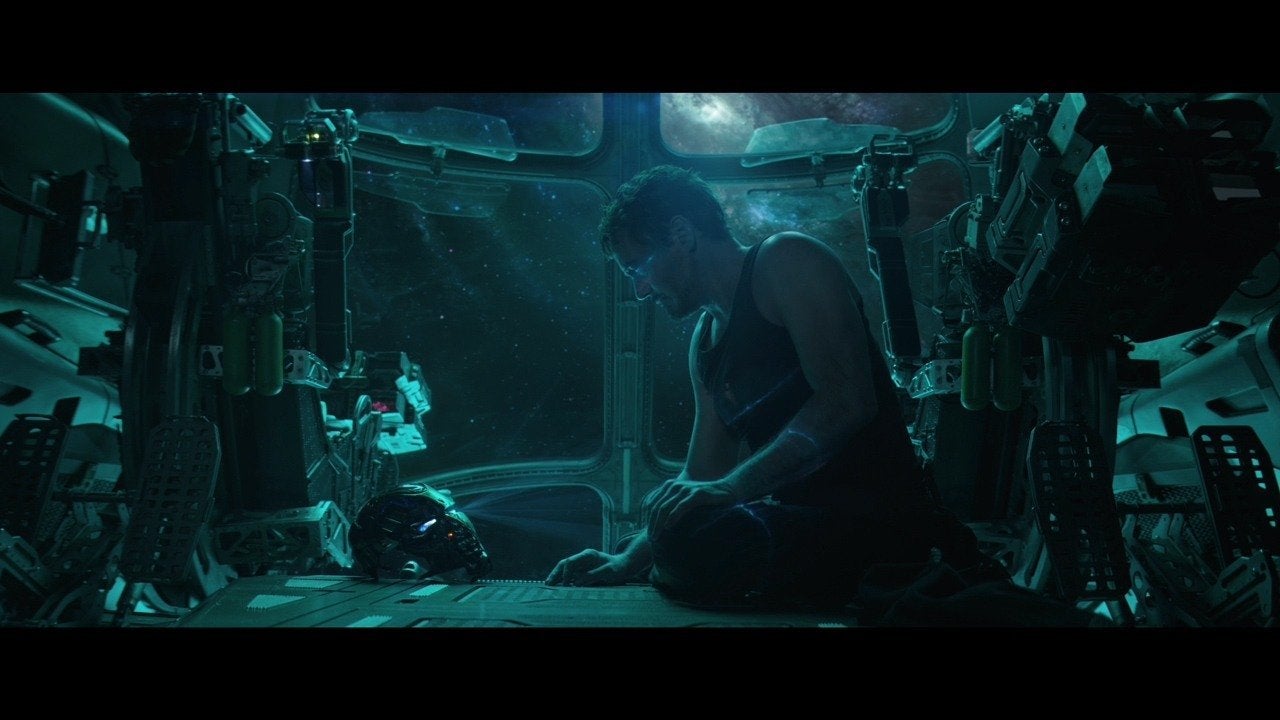 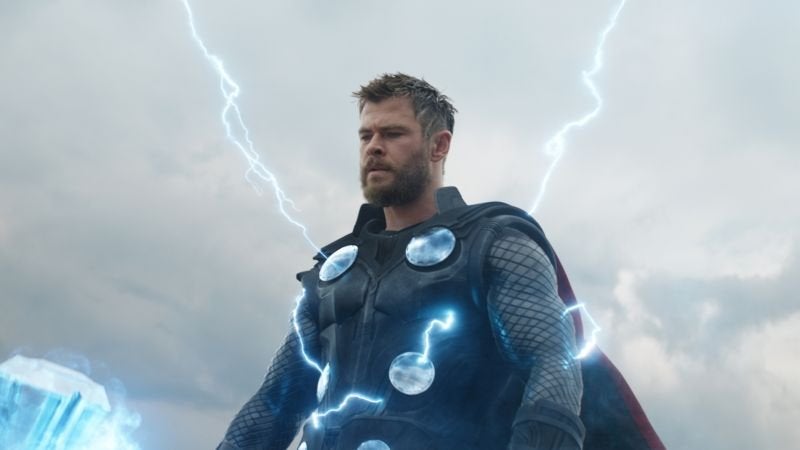 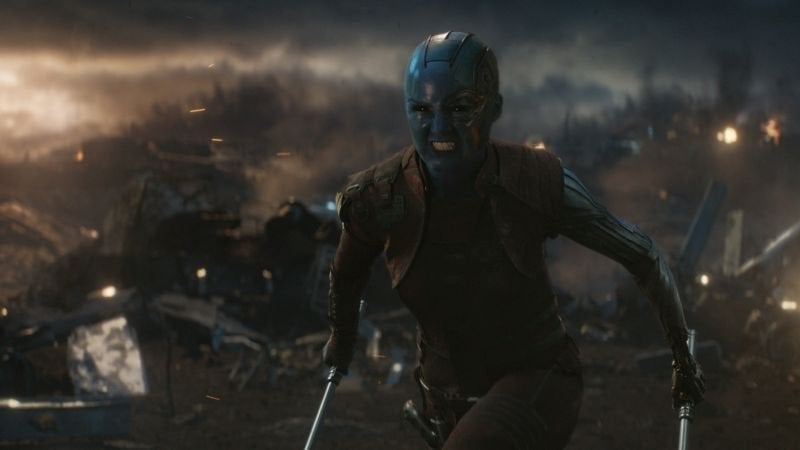 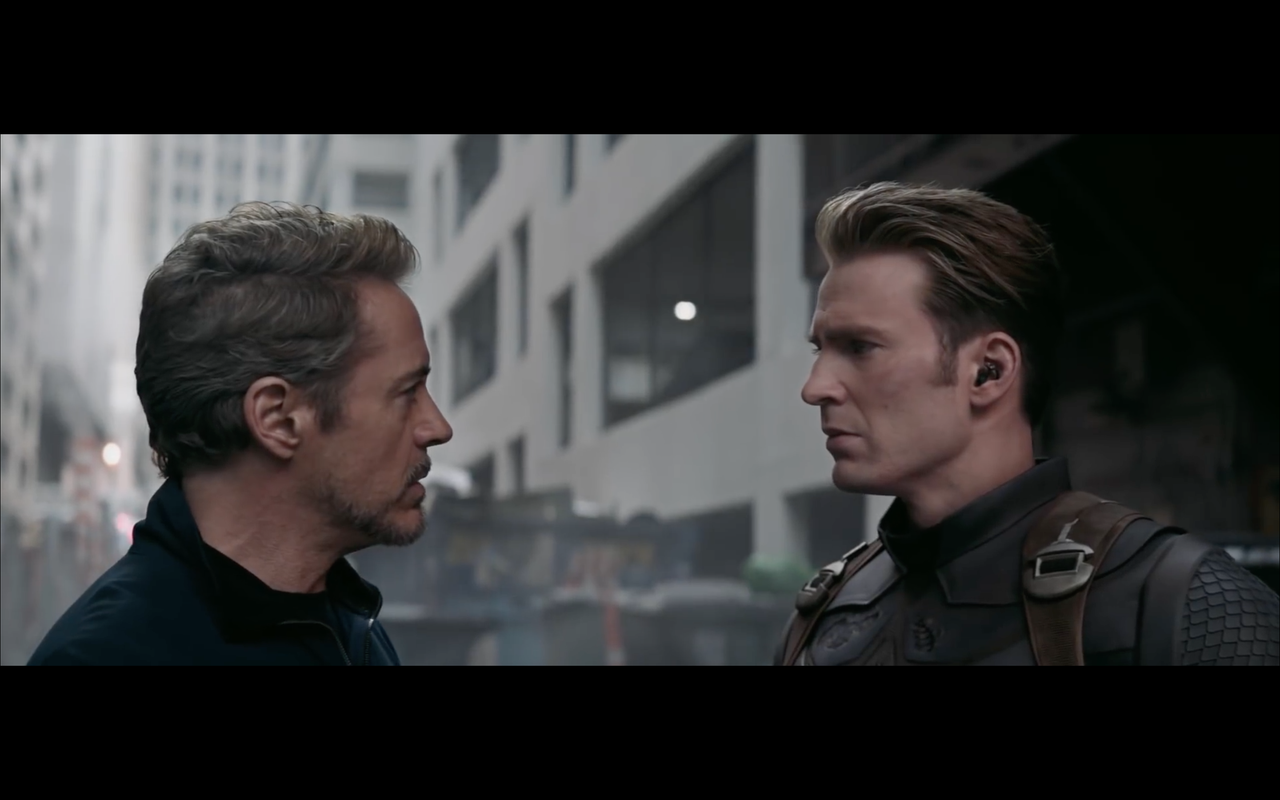 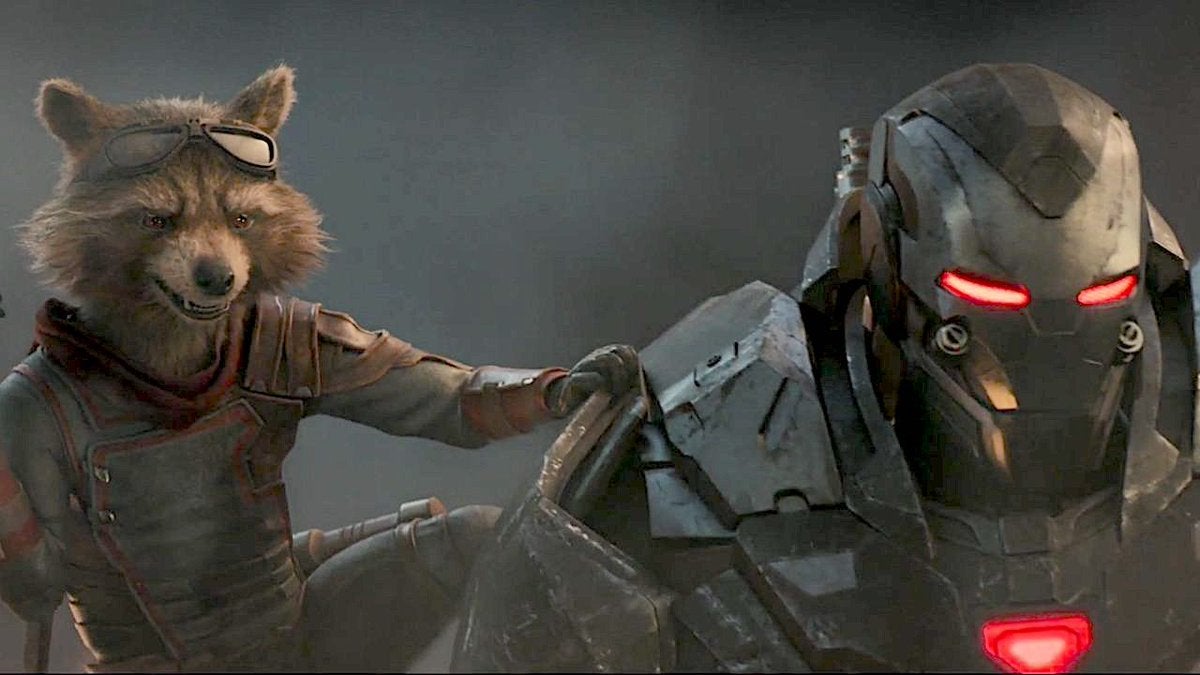 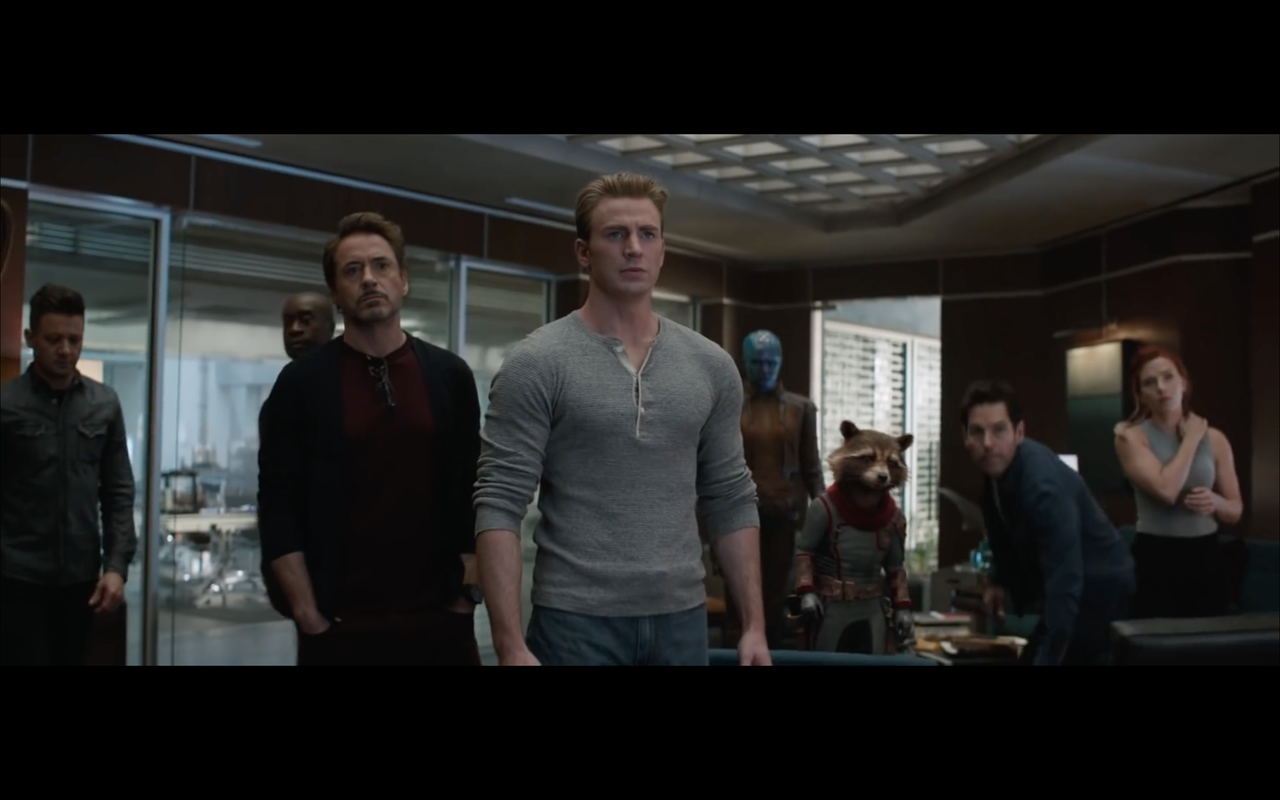 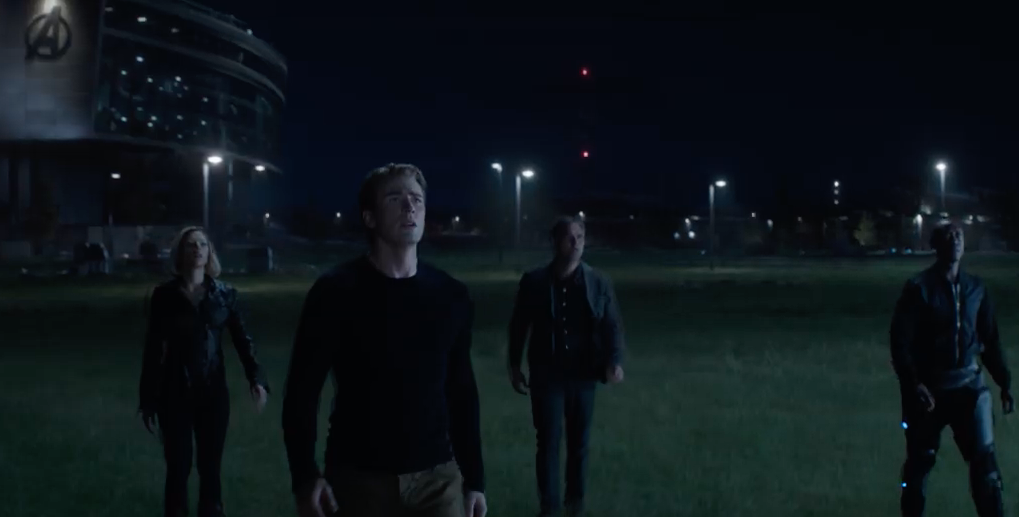 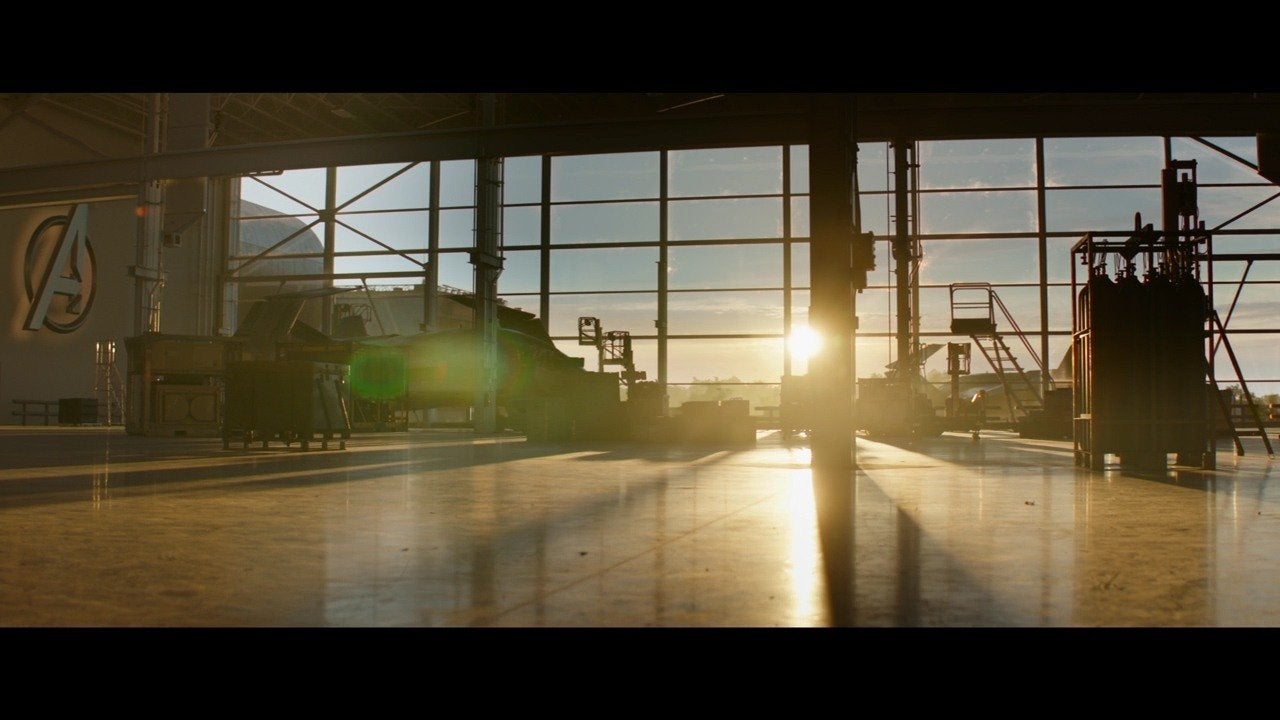 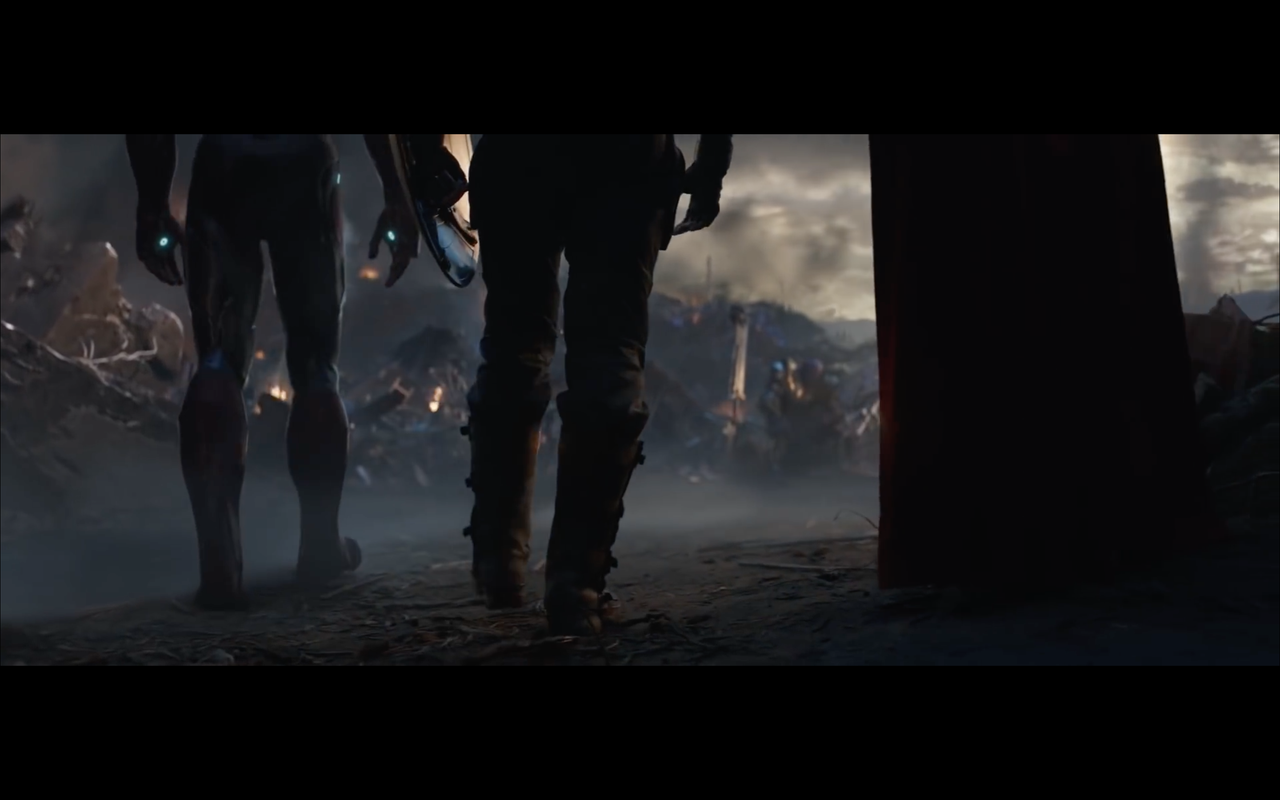 So what does the next stage of Marvel movies look like? After the success of Black Panther and the desperate need for diversity in the wider MCU, it would make sense for T’Challa to take a leading role. If the studio wanted to continue with the Avengers name, Panther has a storied history as a member of Marvel’s flagship super-team that began almost 50 years ago. He first became a fully-fledged member in 1968’s The Avengers #52, but during that era the team was quite similar to the lineup that fans have come to love during the past 11 years onscreen, with Iron Man, Cap, Thor, Giant-Man, Wasp, Vision, and Scarlet Witch all part of the roster. The only wildcard from that generation is a likely new addition to the MCU, Marvel’s very own version of the Greek god Hercules.

With a clear leader and direction not obvious after Endgame and many of the MCU’s most well-known characters now apparently retired, it’s likely that Marvel will be reaching for some of their lesser known creations and Hercules would make a lot of sense, especially in a new Avengers team alongside his sometime comic book teammate T’Challa. If that’s the route the MCU starts to take them we might also see the arrival of another strange Avenger in the guise of the Black Knight, a mythical superhero who clad himself in the armor of his ancestors to join the most famous team in comics.

However, if Marvel hypothetically decided that the age of the Avengers was over, there are plenty of other teams that could make an appearance. In fact, there’s one whose main roster in the comics has almost entirely been introduced in the MCU. There’s only one problem: They’re called The Defenders. Due to the Netflix series of the same name it’s unlikely that we’ll see the team take on this name, but the group is a solid bet for the next stage of the cinematic world of Marvel, with team members Doctor Strange, Hulk, and Valkyrie already well established in the world. Plus, the other most famed Defender might have been teased during Avengers: Endgame.

During the five years after Thanos’ Decimation, fans saw Black Widow leading a new team. During a catch-up, Okoye mentioned a disturbance in Wakanda. “It was a mild subduction under the African Plate… It’s an earthquake under the ocean. We handle it by not handling it.” Though the warrior seemed to brush it off, this moment has fans wondering if Namor the Sub-Mariner was about to make his first entry into the MCU.

Marvel’s king of Atlantis has long been an antagonist as well as ally to T’Challa and his country, and was an original member of the Defenders. The muscled merman was essentially Marvel’s first hero, debuting in Marvel Comics #1 in 1939. He was a bridge between Marvel’s comics of the Golden and Silver Ages, forging an especially strong connection with Sue Storm, who — now that the Fox/Disney merger is complete — will surely be joining the greater Marvel universe alongside the Fantastic Four sooner rather than later.

The Sure Bets (and the Ultimates)

What we know for certain is that the next era of the films won’t shy away from the cosmic, including the addition of the Eternals, the near-immortal beings created by Marvel’s godlike Celestials. There are also a few movies set in stone, even if they haven’t all been officially announced: Black Panther 2, which could easily introduce Namor; Doctor Strange 2, which could also introduce Namor; and Spider-Man: Far From Home, which is going to lay the early groundwork for what we can expect from the MCU moving forward.

Whatever happens, it’s clear that things aren’t going to be the same and there are plenty of potential teams to take over from the now defunct Avengers. That includes one other option that could make fans of Carol Danvers very happy and live up to Feige’s promise that she’ll be the future of the brand, and that’s the Ultimates. Though much of the MCU as we know it was taken from the real world-grittiness of the original alt-universe line of Ultimate Comics from the early 2000s, there’s a specific iteration of the Ultimates team from 2015 which saw Carol, T’Challa, and Monica Rambeau — who, though a child in Captain Marvel, would be an adult in 2024 – team up with fan favorite America Chavez and the lesser known hero Blue Marvel to fight evil in the cosmic wilds of the omniverse.

With T’Challa’s popularity, Carol’s dedication to protecting the galaxy, the inclusion of the Dora Milaje, and the potential to reintroduce Monica Rambeau as the adult hero Spectrum, don’t be surprised if this iteration of the Ultimates becomes the next flagship team of the Marvel Cinematic Universe.

What do you think the future of the MCU has in store for us? Discuss in the comments!

For more on Avengers, read our Endgame review, learn about the post-credits scene in Endgame, or let us explain the Endgame ending for you! Dig into Gamora’s dead or alive status in Endgame. And is Black Widow really dead? We explain here. Check out all the Endgame Easter Eggs we found, read up on our biggest Avengers Endgame questions, or ponder Endgame’s time travel rules.